Symmetry Groups for the Decomposition of Reversible Computers, Quantum Computers, and Computers in between

Whereas quantum computing circuits follow the symmetries of the unitary Lie group, classical reversible computation circuits follow the symmetries of a finite group, i.e., the symmetric group. We confront the decomposition of an arbitrary classical reversible circuit with w bits and the decomposition of an arbitrary quantum circuit with w qubits. Both decompositions use the control gate as building block, i.e., a circuit transforming only one (qu)bit, the transformation being controlled by the other w−1 (qu)bits. We explain why the former circuit can be decomposed into 2w − 1 control gates, whereas the latter circuit needs 2w − 1 control gates. We investigate whether computer circuits, not based on the full unitary group but instead on a subgroup of the unitary group, may be decomposable either into 2w − 1 or into 2w − 1 control gates. View Full-Text
Keywords: reversible computing; quantum computing; group theory reversible computing; quantum computing; group theory
►▼ Show Figures 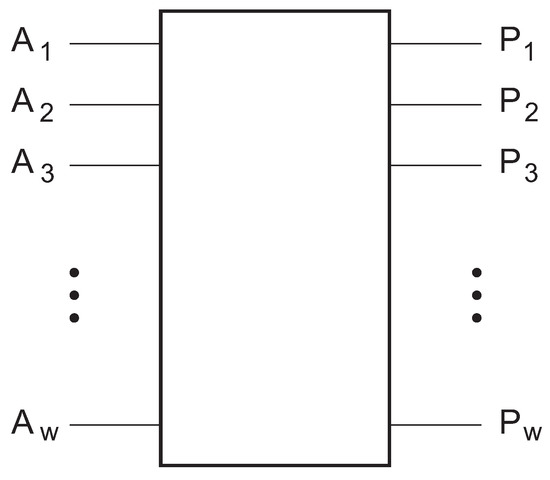