Calculating and monitoring customer churn metrics is important for companies to retain customers and earn more profit in business. In this study, a churn prediction framework is developed by modified spectral clustering (SC). However, the similarity measure plays an imperative role in clustering for predicting churn with better accuracy by analyzing industrial data. The linear Euclidean distance in the traditional SC is replaced by the non-linear S-distance (). The is deduced from the concept of S-divergence (SD). Several characteristics of are discussed in this work. Assays are conducted to endorse the proposed clustering algorithm on four synthetics, eight UCI, two industrial databases and one telecommunications database related to customer churn. Three existing clustering algorithms—k-means, density-based spatial clustering of applications with noise and conventional SC—are also implemented on the above-mentioned 15 databases. The empirical outcomes show that the proposed clustering algorithm beats three existing clustering algorithms in terms of its Jaccard index, f-score, recall, precision and accuracy. Finally, we also test the significance of the clustering results by the Wilcoxon’s signed-rank test, Wilcoxon’s rank-sum test, and sign tests. The relative study shows that the outcomes of the proposed algorithm are interesting, especially in the case of clusters of arbitrary shape. View Full-Text
Keywords: S-divergence; S-distance; spectral clustering S-divergence; S-distance; spectral clustering
►▼ Show Figures 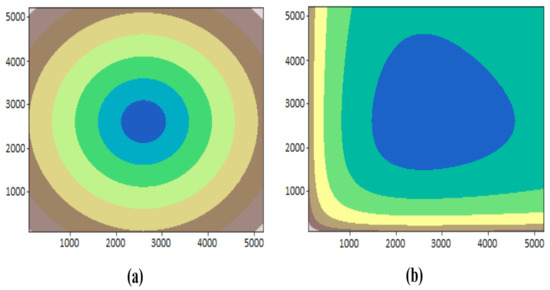