Biological Homochirality on the Earth, or in the Universe? A Selective Review

The recently revised estimates of the age of our Earth amount to 4.54 billion years. Some 4.3 billion years old rocks already show traces of water withering, implying the existence of oceans and land. Surprisingly, isotopic analysis of some zircon crystals, 4.1 billion years old, reveals carbon-rich inclusions which allow suspecting the existence of primitive organic life at that time. In any case, it did not take long, just a few hundred million years, for life to emerge on the young Earth. This could only be possible if abundant organic matter with a predominant homochirality has been accumulated in its aqueous basins. Indeed, there is no doubt that numerous organic compounds have been transported to the planet’s surface or were formed on it during the times of intense bombardment of planets with meteorites. Even now, the Mars rover "Curiosity" detects organic molecules in the Gale Crater, a depression that was most likely a freshwater lake about 3.5 billion years ago. Among such compounds are thiophenes and dimethyl sulfides, but also aromatic compounds, such as toluene, chlorobenzene, and naphthalene, as well as chain hydrocarbons. The soil samples examined by Curiosity come from the top 5 cm of the Martian surface and thus they survived in a chemically very aggressive and hostile environment exposed to cosmic rays and the ionizing and oxidizing conditions [1]. Where the molecules come from; whether they have been delivered from elsewhere or directly formed on the planet’s surface is unclear.
As early as 1988, Gol’danskii and Kuz’min [2] convincingly proved that abundance of organic matter is the precondition that is required but not sufficient for life to emerge. Biopolymers present numerous high-molecular-weight compounds whose unique three-dimensional structures are absolutely essential for their productive functioning during their interaction with other components of a living cell. This uniqueness of each biopolymer structure is guaranteed not only by the unambiguous sequence of their building blocks—alpha amino acids, sugars, and nucleotides—but also by the homochirality of basic classes of compounds with asymmetric molecules, such as amino acids and sugars. The problem of the emergence of life thus cannot be solved without identifying mechanisms providing homochirality of the above series of compounds, since without preexisting homochirality, the self-replication characteristic of living matter could not occur in principle. No racemic primordial soup of organic compounds would ever give rise to any self-replicating system. Shandrasekhar [3] reasonably notes: “It is indeed sobering – if not depressing – to consider the fact that, to the extent that a firm answer to the question on the origin of molecular chirality does not emerge, the origin of life will remain a mystery.”
Numerous literature exists dealing with the emergence or enhancement of chirality in a racemic system by a so-called chance mechanism: spontaneous resolution on sublimation or crystallization with or without Viedma ripening [4], spontaneous symmetry breaking via stereospecific autocatalysis, asymmetric adsorption, or asymmetric synthesis on chiral crystals. Some of the above processes can give, within a rather small location, individual products having very high enantiomeric purity of an undetermined sign, with a similar probability for creating the opposite stereochemical result in another small location. None of the chance processes could thus provide a global predominance of L-enantiomers for the whole series of amino acids and D-isomers for sugars. Besides, it is quite impossible to imagine the above processes to proceed efficiently in the complex matrix of the primordial soup of organic compounds. Therefore, if the chance scenario for the origin of abiotic chiral purity is not viable, then all arguments strongly favor theories of induced extraterrestrial homochirality of initial organic matter.
Searching for chiral organic matter in our solar system is a major challenge for the space research community and has attained increasing attention from many research groups. Review [5] analyzed functional possibilities generated by numerous sophisticated instrumentation and technologies available or being developed especially for space survey missions. One advanced space mission, namely, the Rosetta spacecraft, after a 10-years-long journey, detached in November 2014 the Philae lander on the surface of comet 67P/Churyumov-Gerasimenko (67P/C-G). The instrument was fully prepared to conduct for the first time an extraterrestrial stereochemical investigation of a soil extract by employing a multicolumn gas chromatograph and a time-of-flight mass spectrometer [6]. After methylation with N,N-dimethylformamide dimethyl acetal, a series of chiral molecules, such as amino acids, hydrocarbons, amines, alcohols, diols, and carboxylic acids, could be analyzed. Unfortunately, the experiment failed because of insufficient energy supply, so that no enantiomeric on-site analysis has been performed thus far on any organic extraterrestrial material. On the contrary, numerous laboratory works have been conducted in many countries simulating possible sources of extraterrestrial organic matter, including chiral compounds.

3. Parity Violation in the Weak Interaction and Homochirality of Matter

Based on the above reliable and extremely informative experimental findings, one can speculate that many other α-amino acids, including “non-natural” species, will be synthesized everywhere in the universe under conditions of much stronger hypervelocity collisions of cosmic bodies and that all of them will be characterized by the predominance of the L configuration. In a similar direct synthetic way or during subsequent chemical transformations of organic matter, D-isomers could become the predominating isomers of sugars. Mechanisms of further enantiomeric enrichment of some particular compounds [53] through the Soai-type asymmetric autocatalysis [15] and/or Viedma-type deracemization [4] are being intensively investigated but none of them could function efficiently and unidirectionally in a complex concentrated aqueous broth. Equally unknown remain the rules of selection of amino acids and sugars for creating first primitive self-reproducing organic systems. If one also takes into consideration the essential unique complex of physical conditions on the planet (such as the presence of water in its liquid form, a suitable atmosphere, sufficient magnetic field of the planet, and appropriate rotation rate of the latter around its axis and the central star, etc.) the fact of the emergence of life on the Earth appears a big mystery. Important is only that the general homochiral shift of organic building blocks and, hence, unique stereochemistry of living matter in the whole universe is predetermined by the parity violation of elementary particles, whereas realization of life forms on different planets may remain a matter of a single happy chance.

There is no extra funding. 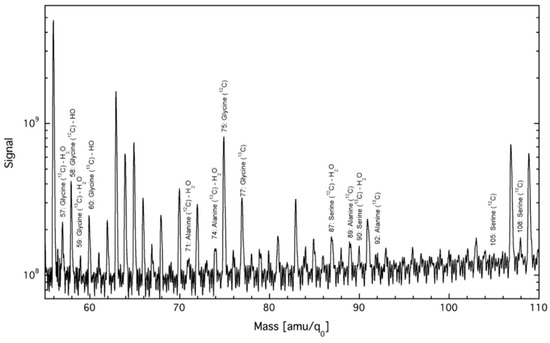 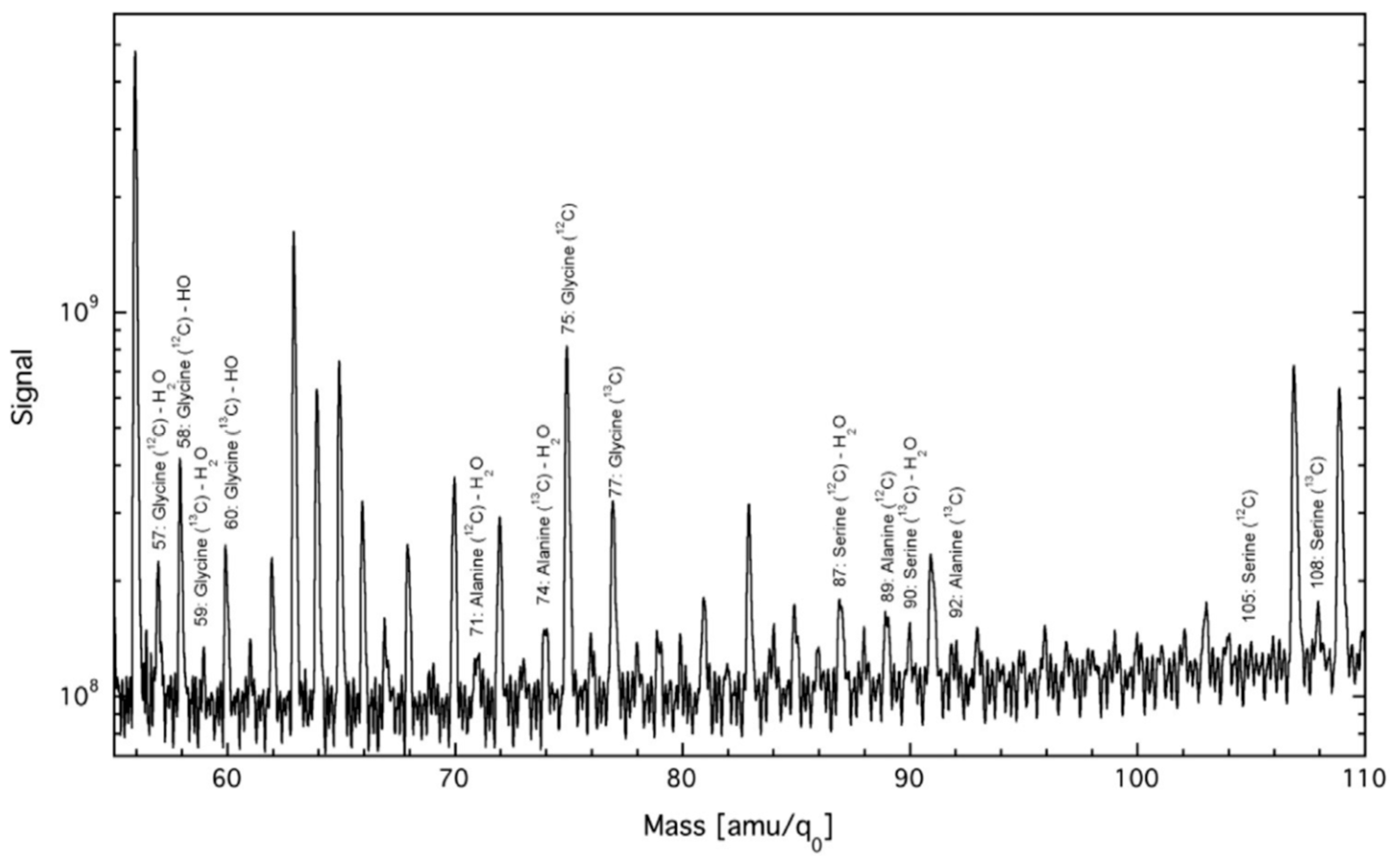 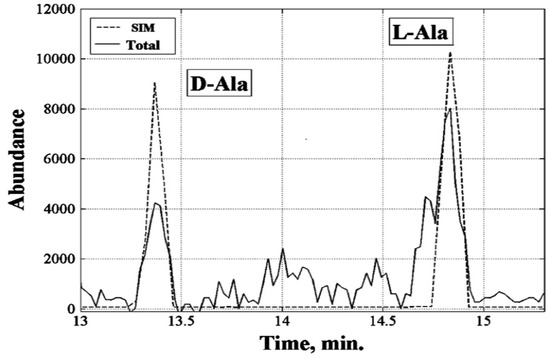