The research on wind regimes and the wind protection mechanism of sand-fixing plants has mainly relied on wind tunnel experiments; few observations have been made in the field. At the same time, airflow around individual standing vegetation elements and communities is relatively lacking in alpine semi-arid deserts. Therefore, this paper selected 10-year-old Hippophae rhamnoides (sea buckthorn) on sandy land on the eastern shore of Qinghai Lake as the study object. Based on spatial and temporal changes of wind regime in the afforestation forest, a structural simulation of airflow near the plant and at different layers above the ground, and the annual changes in wind protection, we studied the wind protection mechanisms of H. rhamnoides as single elements or communities. The results were as follows: the effective protection length of the sublayer of H. rhamnoides was 1.0 to 1.8 m. The higher the layer, the smaller the decrease in wind velocity behind elements, and the smaller the effective protection length. Wind velocity downwind of H. rhamnoides increased, with height increasing where the airflow decreases rate (R) decreased in the sublayer, and increasing in the middle layer as plant height increased. Meanwhile, the airflow decreases rate (R) was negative in the upper layer because it decreased as the plant height increased. The airflow movement between elements had various directions because the upper layer was prone to fluctuations due to the swinging of the crown and branches, and turbulence was seen at the sublayers owing to the mechanical resistance of the elements. When the wind speed at the standard point was 8.5 m/s and the wind direction was east (E), the increase of airflow velocity at the side and center in the upper layer was more significant, and there was a strong wind zone in the azimuth of NW‒N‒NE‒E‒SE, while the S‒SW‒W azimuth zone was weaker. The sand-fixing shrub H. rhamnoides had a significant windproof function, and the 1.5 m square interval density of H. rhamnoides was suitable for alpine desert control projects. View Full-Text
Keywords: alpine semi-arid desert; Hippophae rhamnoides; wind flow; airflow decreases rate; effective protection length alpine semi-arid desert; Hippophae rhamnoides; wind flow; airflow decreases rate; effective protection length
►▼ Show Figures 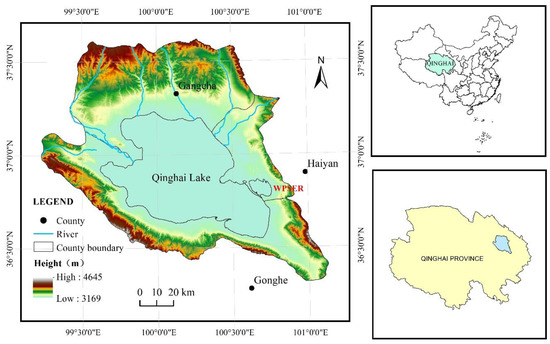