Refining the Tiered Approach for Mapping and Assessing Ecosystem Services at the Local Scale: A Case Study in a Rural Landscape in Northern Germany

Conflict over the Use of Hagia Sophia: The Legal Case

The historical progress of Hagia Sophia encompasses four different periods. Dating back to 360 AD, this unique structure was the largest church built in Istanbul during the Roman Period. In the second period, Fatih Sultan Mehmet conquered Istanbul in 1453 and personally dedicated Hagia Sophia to his foundation as a mosque. In the third period, upon the founding of the modern Republic of Turkey, Hagia Sophia was transformed into the Museum in 1934. Finally, in 2020, the structure was converted once again to a mosque by a court decision. Ongoing discussions today have suggested that the structure be used as a mosque, a church, or a museum. In this study, the ownership rights of the monument and its cultural heritage status have been examined within the framework of rulings of the European Court of Human Rights. The study evaluates the 1934 decree preventing the owner of the property rights from being given authorization over the monument. The results indicate that there was a legal obligation to grant the use of Hagia Sophia/Ayasofya as a mosque in accordance with the property rights of Fatih Sultan Mehmet, who proclaimed the establishment of its foundation. View Full-Text
Keywords: Hagia Sophia; fused foundation; legal usage; cultural asset; right to property; ECtHR decisions Hagia Sophia; fused foundation; legal usage; cultural asset; right to property; ECtHR decisions
►▼ Show Figures 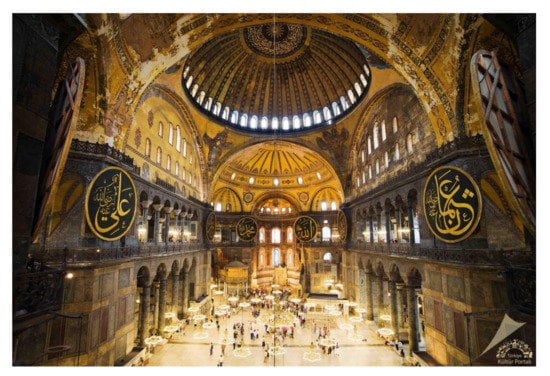