Multi-Year Mapping of Disturbance and Reclamation Patterns over Tronox’s Hillendale Mine, South Africa with DBEST and Google Earth Engine
Previous Article in Journal

Sambaquis from the Southern Brazilian Coast: Landscape Building and Enduring Heterarchical Societies throughout the Holocene
Previous Article in Special Issue

The Flows of Nature to People, and of People to Nature: Applying Movement Concepts to Ecosystem Services

Writing—original draft preparation: S.W.; writing—review and editing: All authors; visualization, S.W. All authors have read and agreed to the published version of the manuscript.

We are grateful to the MDPI Land team of academic editors and reviewers for assisting with the Special Issue. 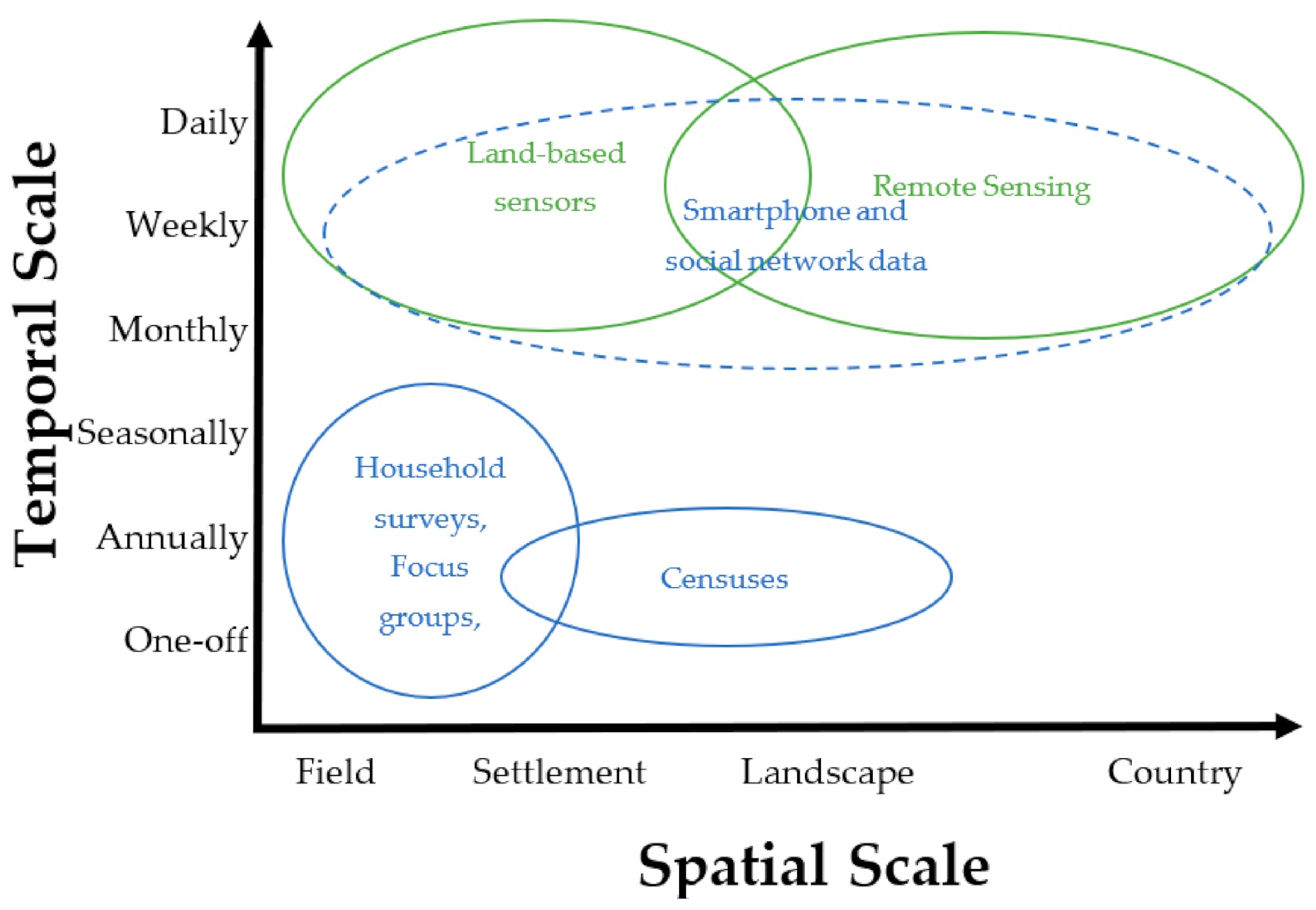