The water level of Dongting Lake has changed because of the combined impact of climatic change and anthropogenic activities. A study of the long-term statistical properties of water level variations at Chenglingji station will help with the management of water resources in Dongting Lake. In this case, 54 years of water level data for Dongting Lake were analyzed with the non-parametric Mann–Kendall trend test, Sen’s slope test, and the Pettitt test. The results showed the following: (1) Trends in annual maximum lake water level (WLM), annual mean lake water level (WL), and annual minimum lake water level (WLm) increased from 1961 to 2014; however, the three variables showed different trends from 1981 to 2014; (2) The annual change trends in Dongting Lake between 1961–2014 and 1981–2014 were found to be from approximately 0.90 cm/year to −2.27 cm/year, 1.65 cm/year to −0.79 cm/year, and 4.58 cm/year to 2.56 cm/year for WLM, WL, and WLm, respectively; (3) A greater degree of increase in water level during the dry season (November–April) was found from 2003 to 2014 than from 1981 to 2002, but a smaller degree of increase, even to the point of decreasing, was found during the wet season (May–October); (4) The measured discharge data and numerical modeling results showed the operation of Three Gorge Reservoir (TGR) pushed to influence partly the recent inter-annual variation of water level in Dongting Lake region, especially in the flood and dry seasons. The analysis indicated that the water level of Dongting Lake has changed in the long term with decreasing of range between WLM and WLm, and may decrease the probability of future drought and flood events. These results can provide useful information for the management of Dongting Lake. View Full-Text
Keywords: Dongting Lake; Mann–Kendall trend test; Pettitt test; water level; Three Gorge Reservoir Dongting Lake; Mann–Kendall trend test; Pettitt test; water level; Three Gorge Reservoir
►▼ Show Figures 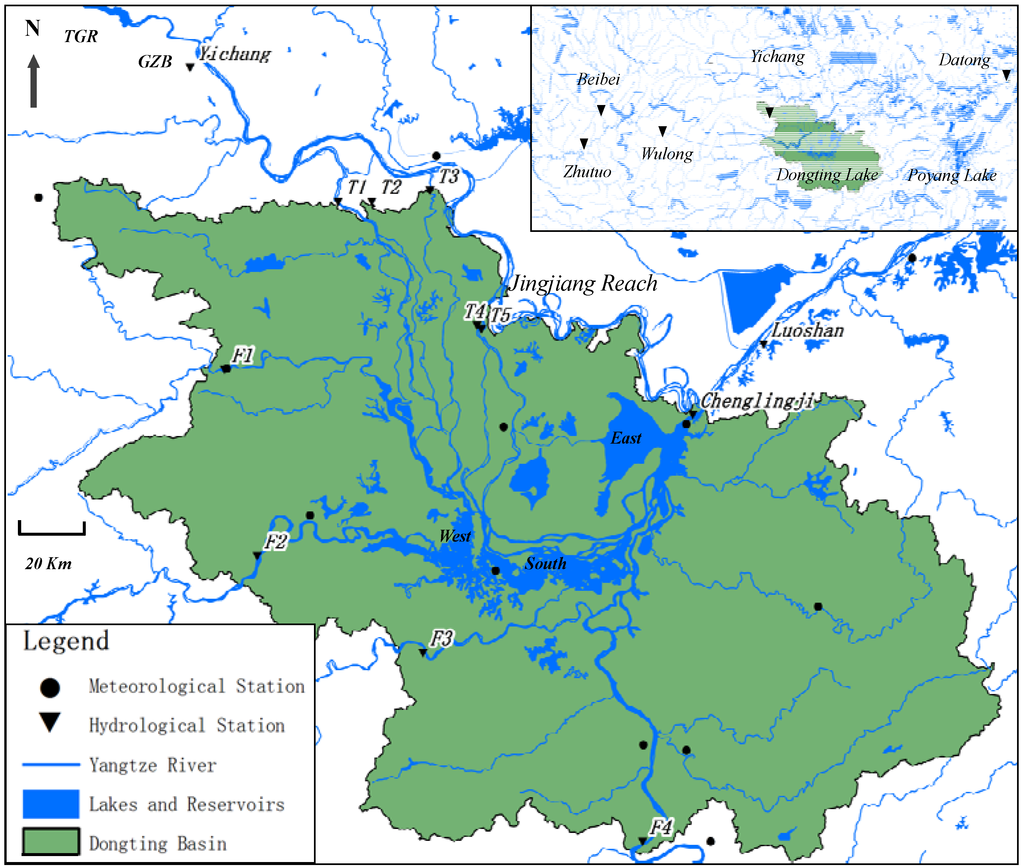