The Impact of Water Temperature on In-Line Turbidity Detection

The experiment was implemented via a self-built water circulation system, as shown in Figure 1. In this system, the water meter was used to detect the water velocity in the pipe. The centrifugal pump, controlled by a variable frequency drive, provided the power of the steady flow, which was verified by a flowmeter. The ball valve was applied to adjust the water flow in the pipe and was installed directly downstream of the turbidity meter, providing a certain pressure to suppress bubble production. The turbidity meter displays a more significant value if a bubble exists. A Chemitec in-line turbidimeter was utilized to measure turbidity. Its optical source is 860 nm infrared light, and the measurement principle is 90° light scattering, with an accuracy of 1% in 0–10 NTU, a resolution of 0.001 NTU, a reproducibility of 2%, a data-logging interval of 3 min, and an operating temperature of 0–50 °C. Before starting the experiment, the turbidimeter was calibrated. In addition to in-line turbidity measurements, the Chemitec in-line turbidimeter includes a temperature sensor that can record temperature data simultaneously.

3.1. Relationship between the In-Line Turbidity and Water Temperature at Room Temperature

3.2. Relationship between the In-Line Turbidity and Water Temperature after the Water Cooling Treatment

3.3. Comparison between the Two Cases

In the existing studies, the effect of temperature on turbidity has been established by off-line measurements. This research gave insight into the influence of water temperature on in-line turbidity. However, our cases are limited and cannot cover most cases. More related work is required, including other methodologies and experiments, especially those involving the quantitative relationship. 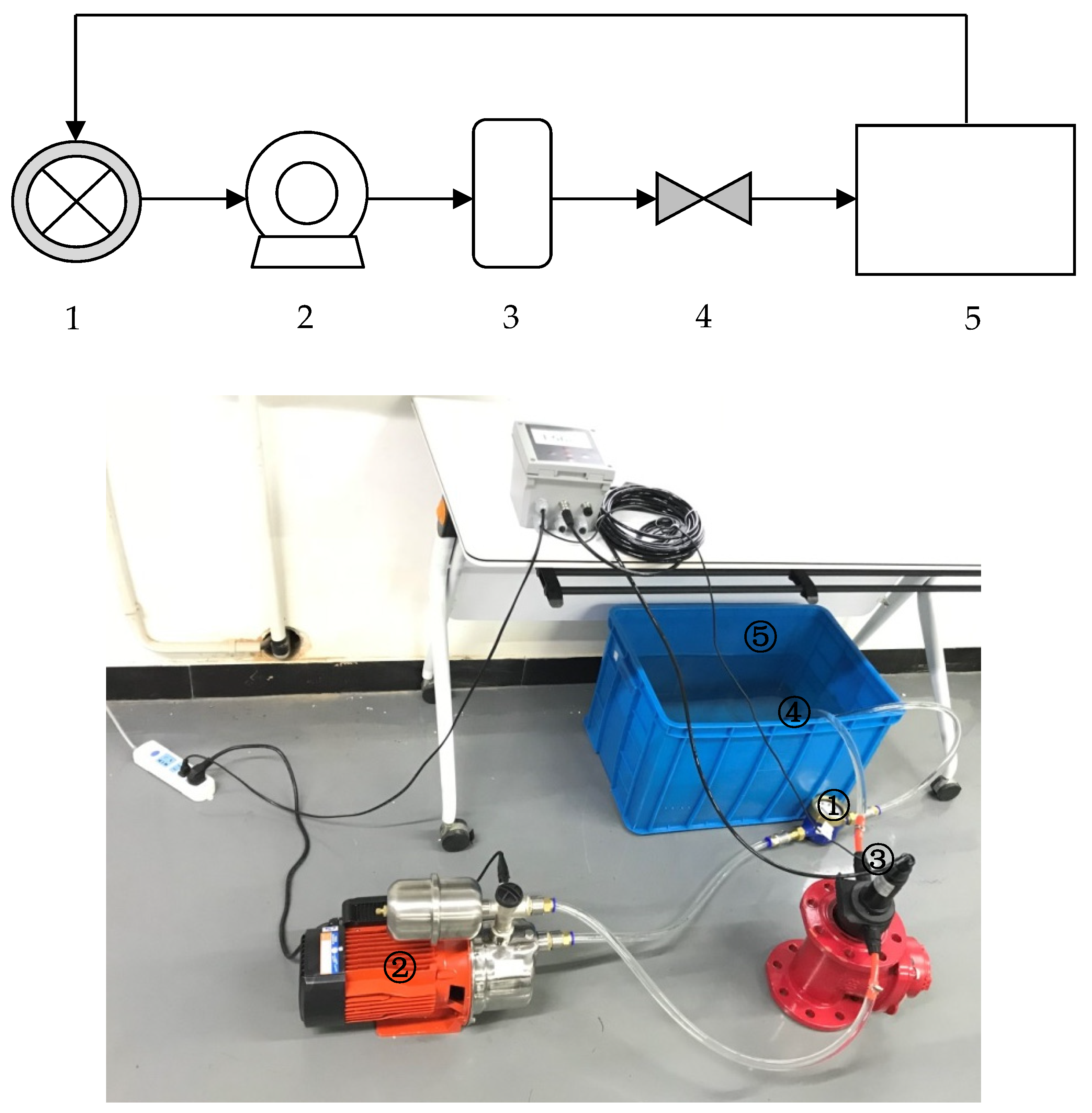 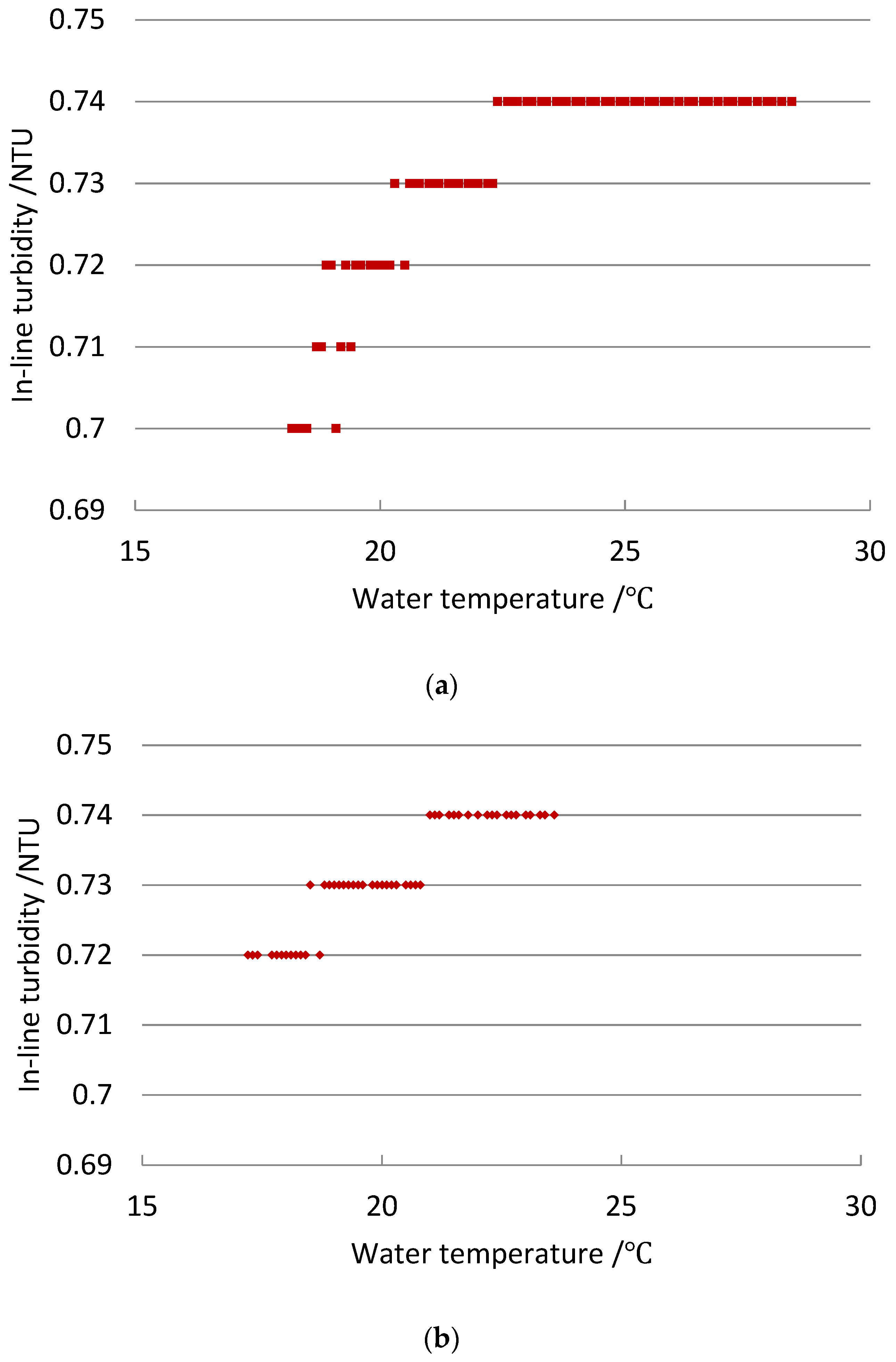 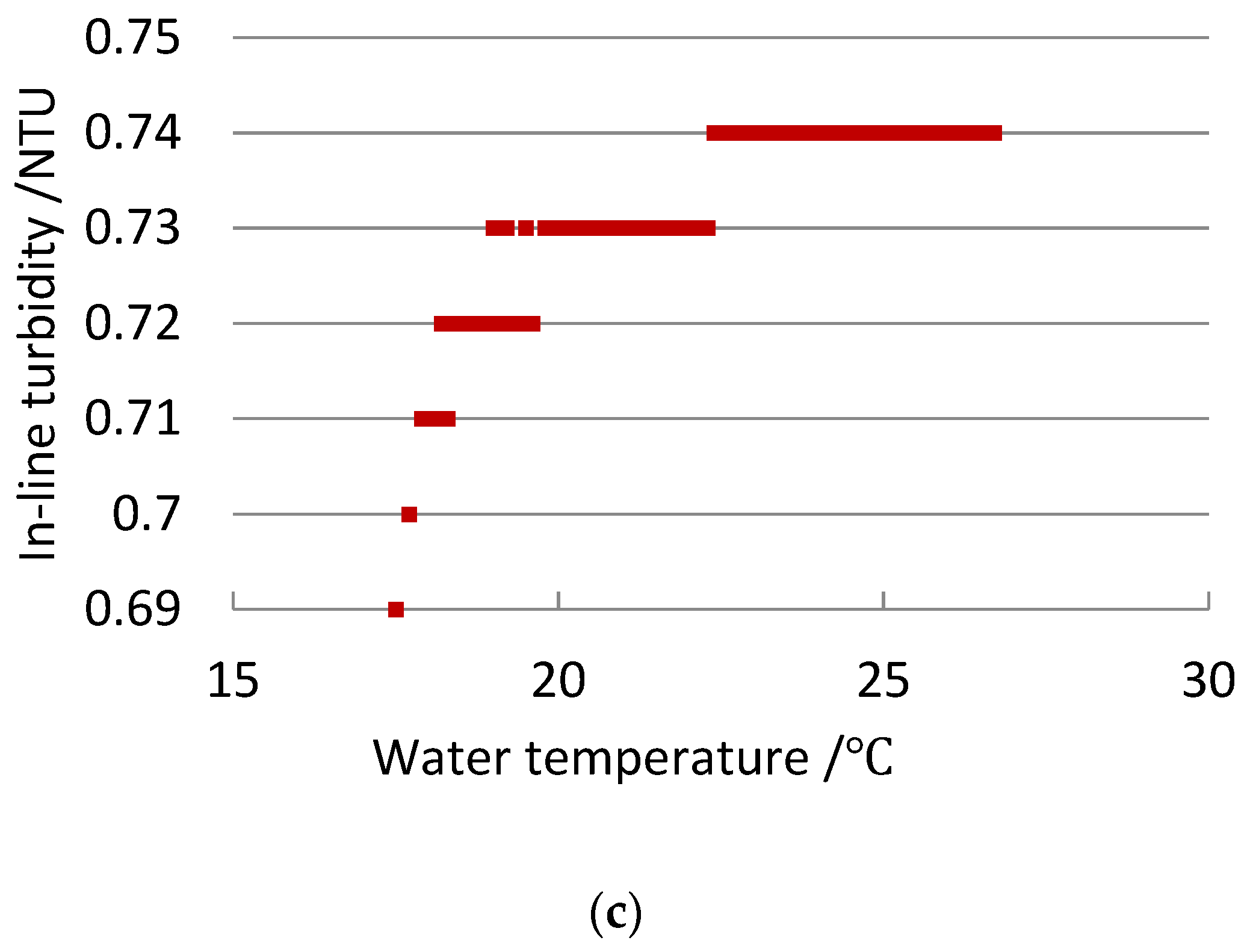 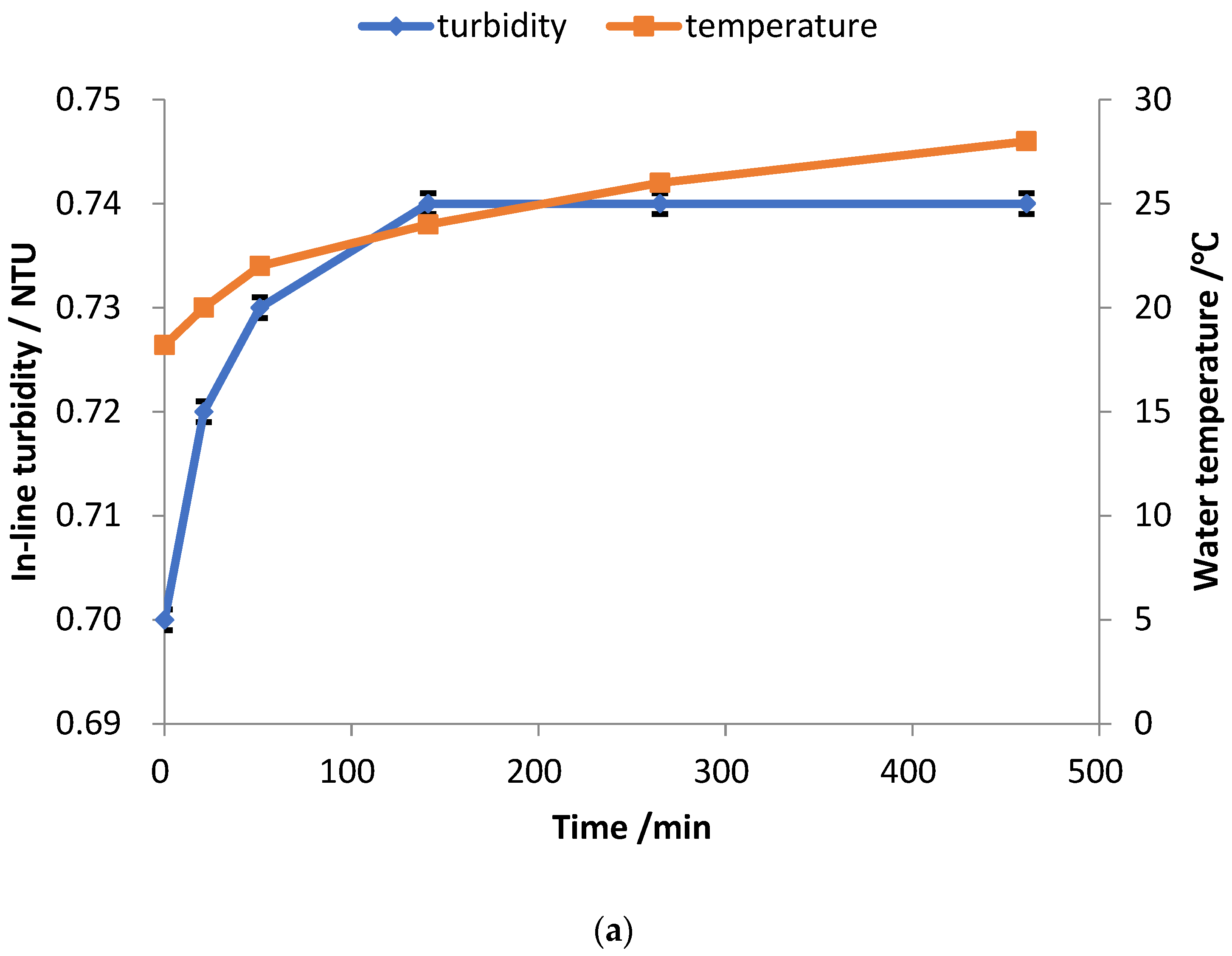 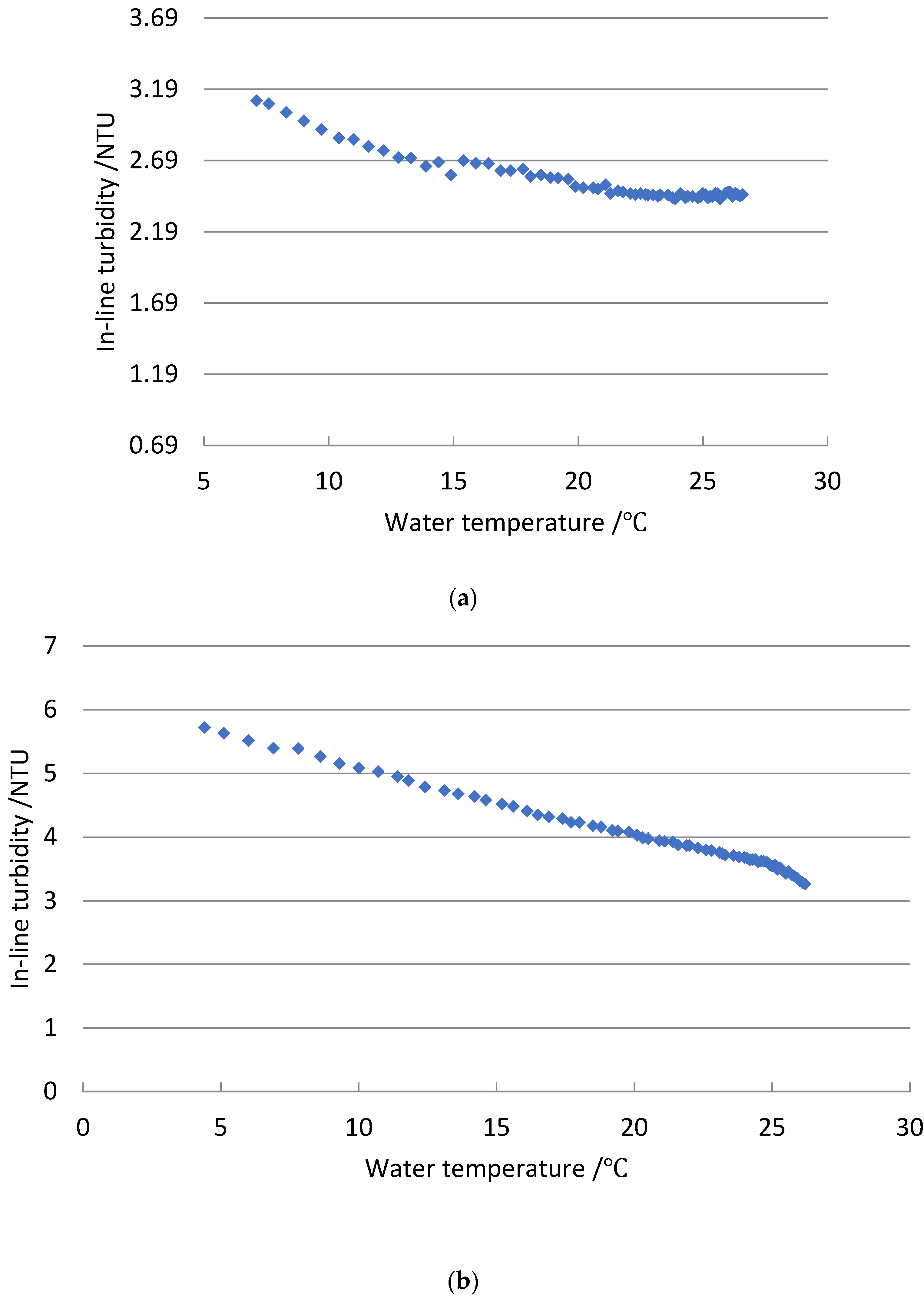 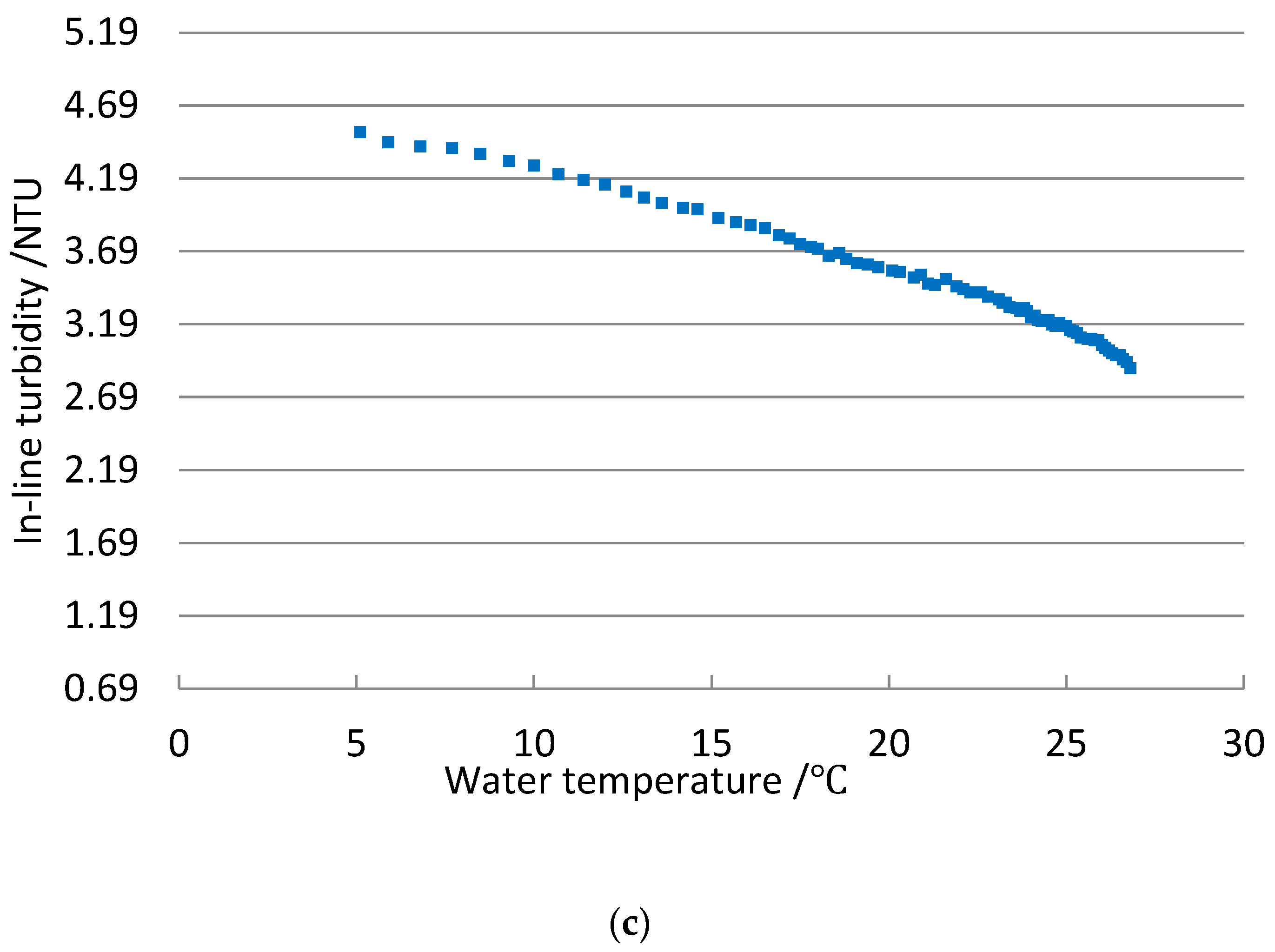 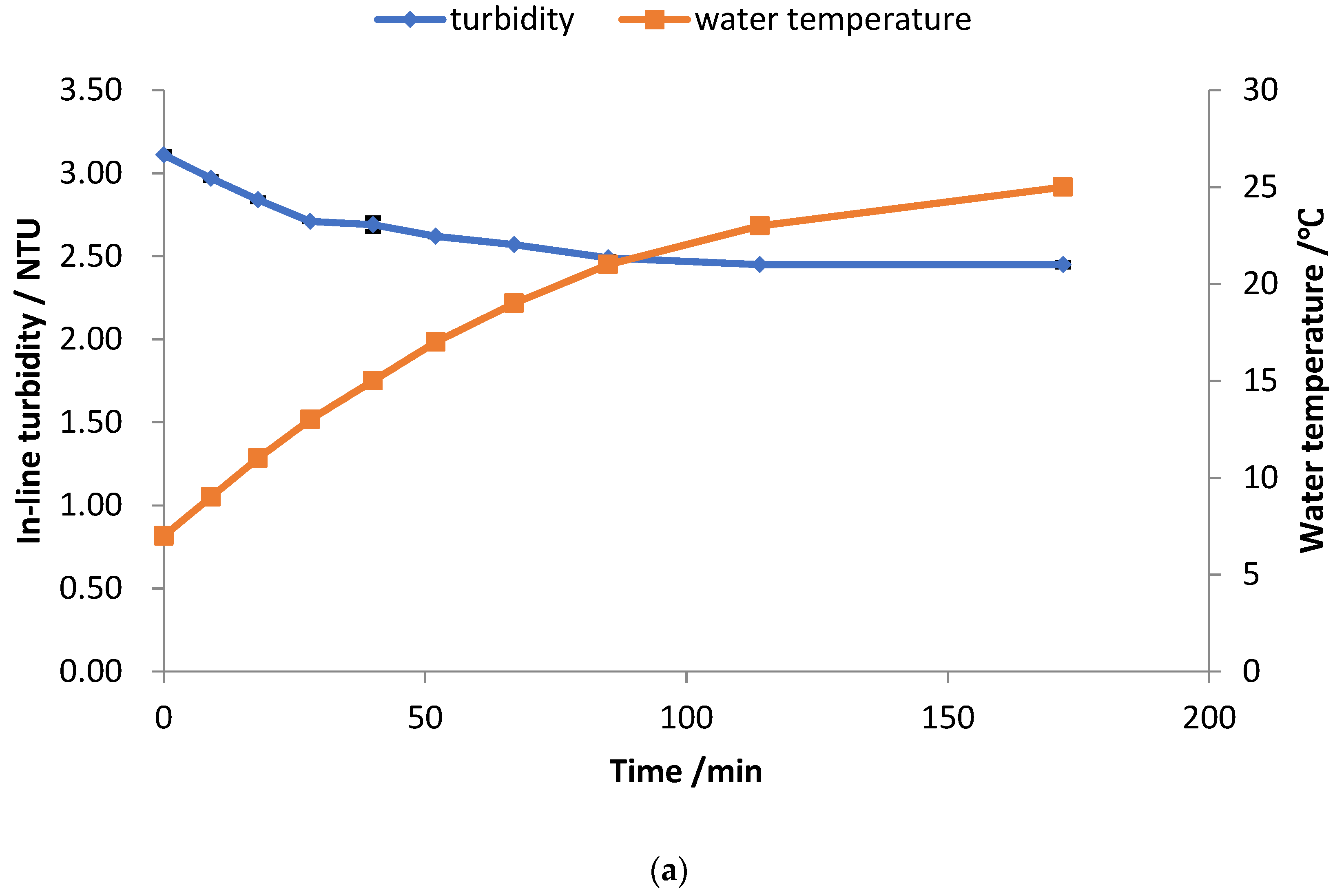