Here Comes the Flood, but Not Failure? Lessons to Learn after the Heavy Rain and Pluvial Floods in Germany 2021

Structure-Based Long-Term Biodegradation of the Azo Dye: Insights from the Bacterial Community Succession and Efficiency Comparison

In this study, microbial community dynamics were explored during biological degradation of azo dyes with different chemical structures. The effect of the different molecular structures of the azo dyes was also assessed against the simultaneous removal of color and the bacterial community. Winogradsky columns were inoculated with dewatered sludge and separately fed with six different azo dyes to conduct the sludge acclimatization process, and nine bacterial decolorizing strains were isolated and identified. The decolorization and biodegradation performances of the acclimated system and isolated strains were also determined. Results showed that the bacterial isolates involved in decolorization and the degradation of the azo dyes were mainly associated with the azo dye structure. After 24 h acclimatization at room temperature without specific illumination, immediate decolorization of methyl red (89%) and methyl orange (78%) was observed, due to their simple structure compared to tartrazine (73%). However, after 8 days of acclimatization, methyl red was easily decolorized up to 99%, and about 87% decolorization was observed for orange G (87%), due to its complex chemical structure. Higher degrees of degradation and decolorization were achieved with Pseudomonas geniculate strain Ka38 (Proteobacteria), Bacillus cereus strain 1FFF (Firmicutes) and Klebsiella variicola strain RVEV3 (Proteobacteria) with continuous shaking at 30 °C. The azo dyes with benzene rings were found to be easier to decolorize and degrade with similar microbial communities. Moreover, it seems that the chemical structures of the azo dyes, in a sense, drove the divergent succession of the bacterial community while reducing the diversity. This study gives a deep insight into the feasible structure-based artificial manipulation of bacterial communities and offers theoretical guidance for decolorizing azo dyes with mixed bacteria cultures. View Full-Text
Keywords: azo dye; decolorization; biodegradation; gene metabarcoding; bacterial community azo dye; decolorization; biodegradation; gene metabarcoding; bacterial community
►▼ Show Figures 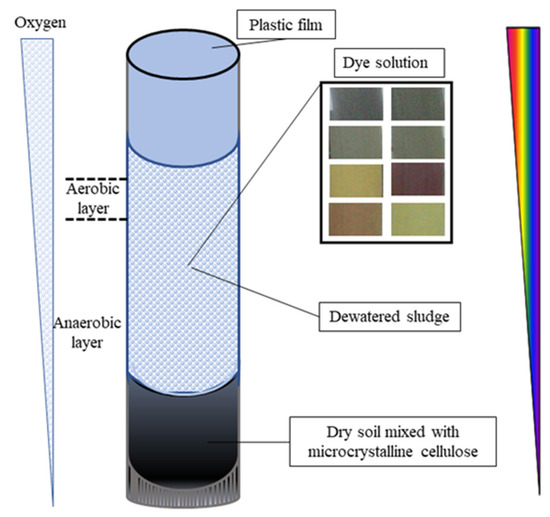