Analysis of Spatiotemporal Groundwater-Storage Variations in China from GRACE

In China, where some regions are over-reliant on groundwater, groundwater consumption is faster than replenishment, which results in a continuous decrease in the groundwater level. Here, we applied spatial and temporal methods to analyze the spatiotemporal variations in groundwater in China from GRACE, GRACE-FO, and GLDAS data. From a national perspective, groundwater storage showed a decreasing trend in northern China and an increasing trend in southern China. The results showed that the rates of groundwater depletion in North China, the Loess Plateau, and Northwest China were −10.09 ± 0.94, −10.05 ± 1.05, and –4.91 ± 0.28 mm y−1 equivalent height of water from 2003 to 2019, respectively. Furthermore, the groundwater in South China, the middle-lower Yangtze River, and the Ch-Yu region had a positive trend, with rates of 7.26 ± 1.51, 7.73 ± 1.35, and 3.61 ± 0.53 mm y−1 equivalent height of water, respectively. We also found that groundwater storage fluctuated slightly before 2016 on the Qinhai-Tibet Plateau and in Northeast China and decreased significantly after 2016. The Yun-Gui Plateau had a fluctuating trend. Investigating the spatiotemporal variation in groundwater storage in China can provide data for initiating regional ecological and environmental protection. View Full-Text
Keywords: GRACE; terrestrial water storage; groundwater; variation; China GRACE; terrestrial water storage; groundwater; variation; China
►▼ Show Figures 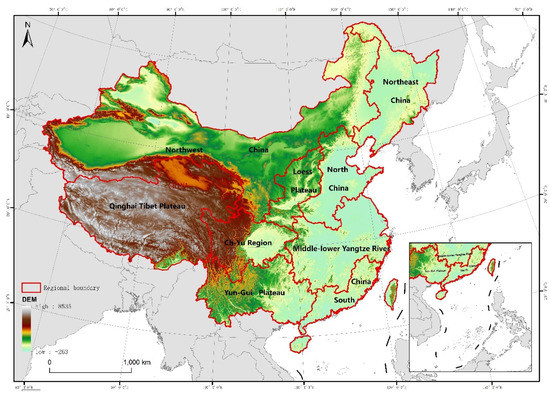 Fangfang Liu
Liu Fangfang is a master's student of geography at Chang 'an University, Shaanxi Province, China. Under the guidance supervisor Huang Yaohuan, Liu Fangfang has carried out research on hydrology and published a paper on groundwater in Beijing, Tianjin, and Hebei in China. Liu Fangfang's master's thesis is on the relationship between drought and precipitation lag, hoping to make some achievements and lay a foundation for further study.

Yaohuan Huang
Doctor and Professor, Yaohuan Huang graduated from the College of Urban and Environmental Science, Northeast Normal University with a bachelor's degree in 2003. Dr. Huang received his master's degree from the Institute of Geographic Sciences and Natural Resources Research, Chinese Academy of Sciences in 2007. In 2010, he graduated from the Institute of Water Resources, China Institute of Water Resources and Hydropower Research, and he received his doctoral degree. From 2010 to 2012, he worked as a postdoctoral researcher at the Data Center of Resources and Environmental Sciences, Institute of Geographic Resources Research, Chinese Academy of Sciences. He was rated as an associate researcher in 2013. Research fields: remote sensing and GIS applications. Research interests: remote sensing inversion of spatiotemporal data of land surface parameters; remote sensing application of ecological environment.
Zoom | Orient | As Lines | As Sticks | As Cartoon | As Surface | Previous Scene | Next Scene
We use cookies on our website to ensure you get the best experience. Read more about our cookies here.
Accept
We have just recently launched a new version of our website. Help us to further improve by taking part in this short 5 minute survey here. here.
Never show this again