Source and Mobilization Mechanism of Iron, Manganese and Arsenic in Groundwater of Shuangliao City, Northeast China

The Hydrochemistry and Recent Sediment Geochemistry of Small Lakes of Murmansk, Arctic Zone of Russia

This paper presents the first study of five small lakes located in the city of Murmansk. Field work was carried out during 2018–2019. Water samples were collected using a bathometer, while the sediments were sampled using an Ekman grab and Limnos gravity corer. It was found that the water of the studied lakes in Murmansk belong to the sodium group of the chloride class and to the calcium group of the hydrocarbonate class. Compared to the background level, elevated pH, concentrations of the main cations of alkali and alkaline-earth metals, N compounds, total dissolved solids, and heavy metals were found in the lakes, which indicate exposure to anthropogenic impacts. The sediments of the lakes, composed of organomineral and mineral silts, also have an elevated content of heavy metals compared to the background. The most significant excessive concentrations were found for V, Ni, Sb, Pb, Co, Cr, and W. Based on the calculated pollution load index and geoaccumulation index of the sediments, the studied water bodies in Murmansk can be classified as lakes with heavy and extremely heavy pollution levels. The primary pollution sources are emissions from the Murmansk thermal power plant, coal port, road and, rail transport.
Keywords: urban lakes; water and sediment pollution; heavy metals; Murmansk; Arctic urban lakes; water and sediment pollution; heavy metals; Murmansk; Arctic

Global social, political, economic, and environmental problems have become increasingly acute since the late 19th century. Urbanization and associated risks are most significant. As a result, pressure on the environment increases inevitably, and its major constituents, such as water resources, decrease qualitatively [1,2]. Aquatic systems located in technogenic areas are commonly affected by a variety of large-scale human activities from the disturbance of hydrological and heat regimes to water pollution [3,4]. This is especially so in the case of water chemical and phisical properties in urban and industrial territories [5]. One of such territories is Murmansk city, which is located in the northwest of Russia on the hilly coast of Barents Sea (Figure 1). Murmansk is the biggest city beyond the Polar Circle with a population of about 300,000 people and the capital city of the Murmansk region. The history of the city stretches back 103 years.
The crucial sources of pollution of Murmansk are emissions from thermal power plants, cars and trains, as well as a coal dusting of the sea trade port. The Murmansk thermal power plant was commissioned in 1934 and used coal as the main fuel source until 1964. Since the 1960s, the main fuel of the thermal power plant of Murmansk has been fuel oil. According to the annual environmental reports for the Murmansk region, emissions of SO2, NO2, suspended substances, heavy metals, and other pollutants from the Murmansk thermal power plant were 14,100 tons in 2017 and 15,310 tons in 2018. Refusal to move away from using fuel oil is the most significant problem for sustainable development of the territory of Murmansk and favorable functioning of aquatic ecosystems of the city.
Besides this, there are potential negative impacts of other large enterprises of the Murmansk region on water ecosystems in Murmansk. This mainly relates to emissions of nickel and nonferrous metallurgy plant complexes in the towns of Monchegorsk and Nikel. Primarily, these factories emit great amounts of Cu, Ni, and S, which are the primary pollutants of the Murmansk and neighboring regions [6]. Also, the long-range transport of different pollutants such as Pb, Cd, Tl, Sb, and Bi from other countries of Europe can cause environmental risks for water environments in Murmansk [7,8,9].
Many scientific studies on the ecological assessment of the current state of natural systems affected by human activities have been conducted. Nevertheless, the special integrated studies of water bodies in urbanized areas are scarce, as are the studies of the urban environment in the Arctic zone, where natural and climatic conditions contribute to the high sensitivity of its ecosystems to the human impact and considerably retard natural restoration after their damage. The purpose of this study is to provide a common environmental analysis of water and surface sediment in five lakes of Murmansk and an assessment of risks linked with pollution of the lakes.

The following results were obtained in this research of water and sediment of urban lakes of Murmansk:
The water chemistry in the studied urban lakes has undergone significant changes compared to the background water chemistry in the lakes of the Barents Sea catchment. Water pH values are significantly elevated compared to background, which is due to the weathering and decay of urban buildings and structures, as well as the use of reagents for deicing urban roads, and the influx of high concentrations of the main cations of alkali and alkaline-earth metals. Due to anthropogenic impacts, and in particular the influx and decomposition of petroleum products, the content of nitrogen compounds in the water of urban lakes has increased significantly, which has had a detrimental effect on aquatic life. Among the studied lakes, the water of Lake Ledovoe has the highest level of pollution.
In the studied lakes, elevated levels of heavy metals were found in the water and in the top layer (up to 20 cm) of the sediments, as compared to lakes in the cleaner areas of northern Russia. Pb, Sb, V, Cr, and Ni accumulate most actively in the lakes. The pollution load index values for the sediments of the studied lakes reveal an extremely heavy pollution level in lakes Ledovoe (7.6), Semenovskoe (6.0), and Srednee (5.1), and a heavy pollution level in Lake Yuzhnoe (3.1) and Lake Okunevoe (2.6). According to Igeo, the highest level of pollution in the studied lakes was revealed for Pb, Sb, W, Sb, and Ni. Data on the content of the mobile forms of heavy metals in the sediments of the urban lakes in Murmansk demonstrated that the most mobile and bioavailable elements in the lakes are Mn, Co, Zn, and Cd (up to 40% of the total content).
The main sources of pollution, including heavy metals, in the lakes of the city of Murmansk are emissions from the thermal power plant, which is primarily responsible for the elevated levels of V, Ni, and Cr in the water and sediments, and emissions from road and rail transport and the Murmansk coal port. The elevated Pb levels in all of the urban lakes studied are likely associated with the long-term use of tetraethyl Pb as an additive to automotive fuel. Another possible source of the heavy metals entering the aquatic ecosystems of Murmansk may be the long-range atmospheric transport of pollutants from the numerous industrial sites in the Murmansk region and neighboring regions, including cross-border transport. 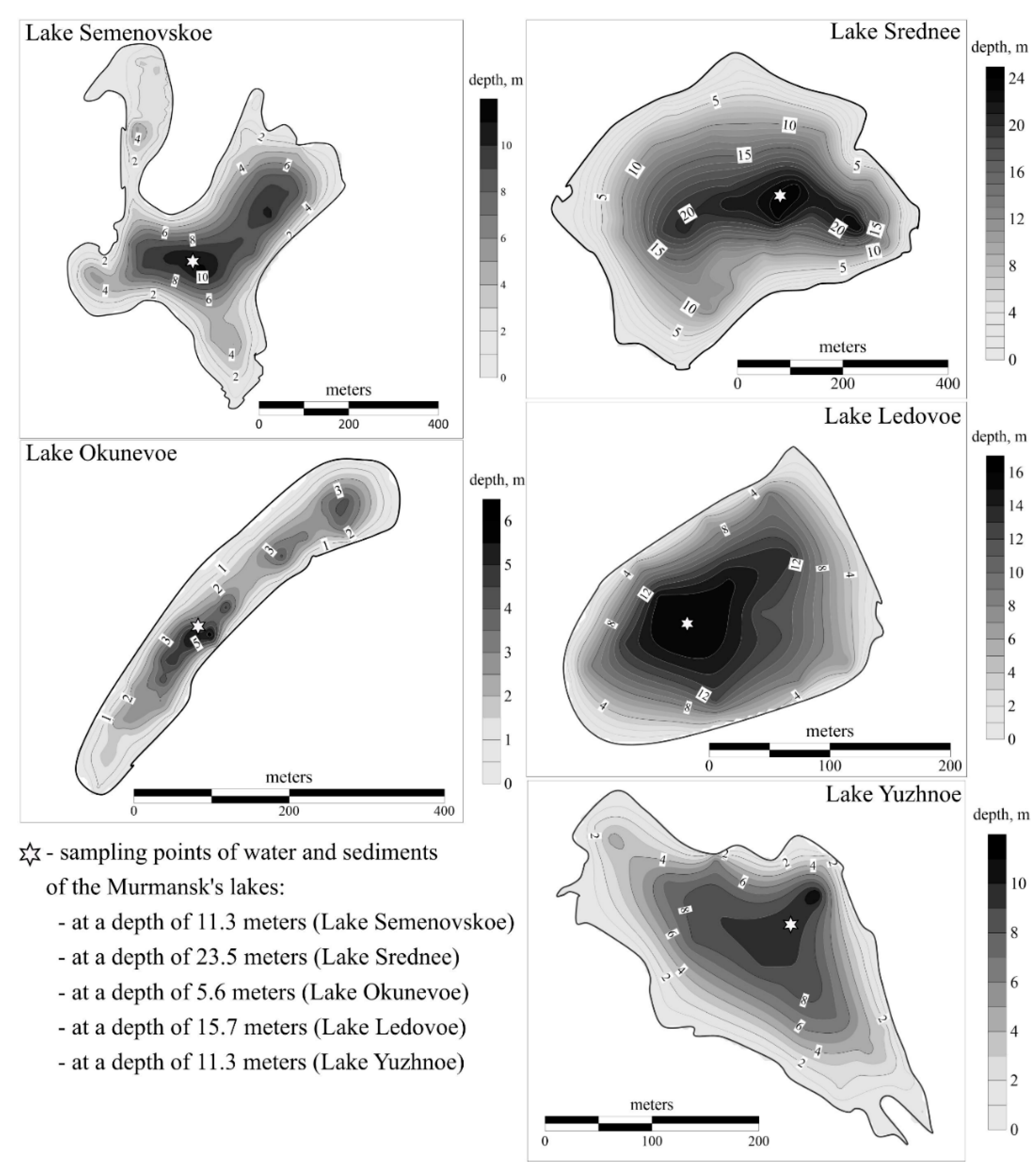 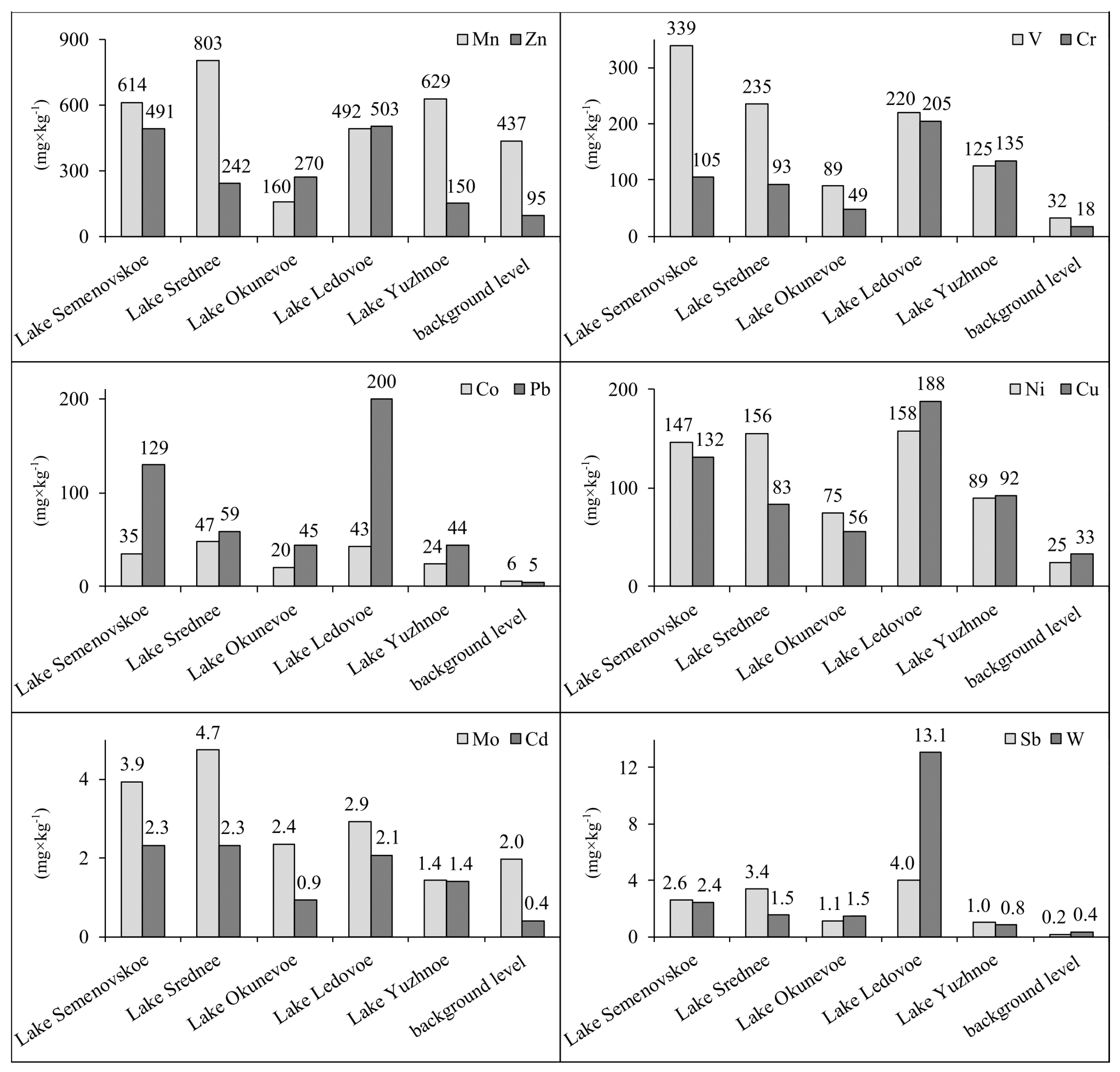 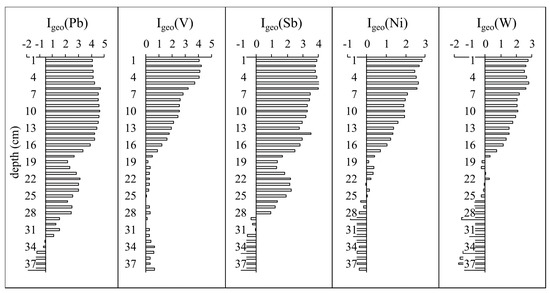 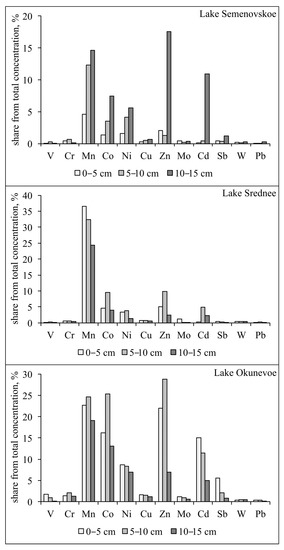 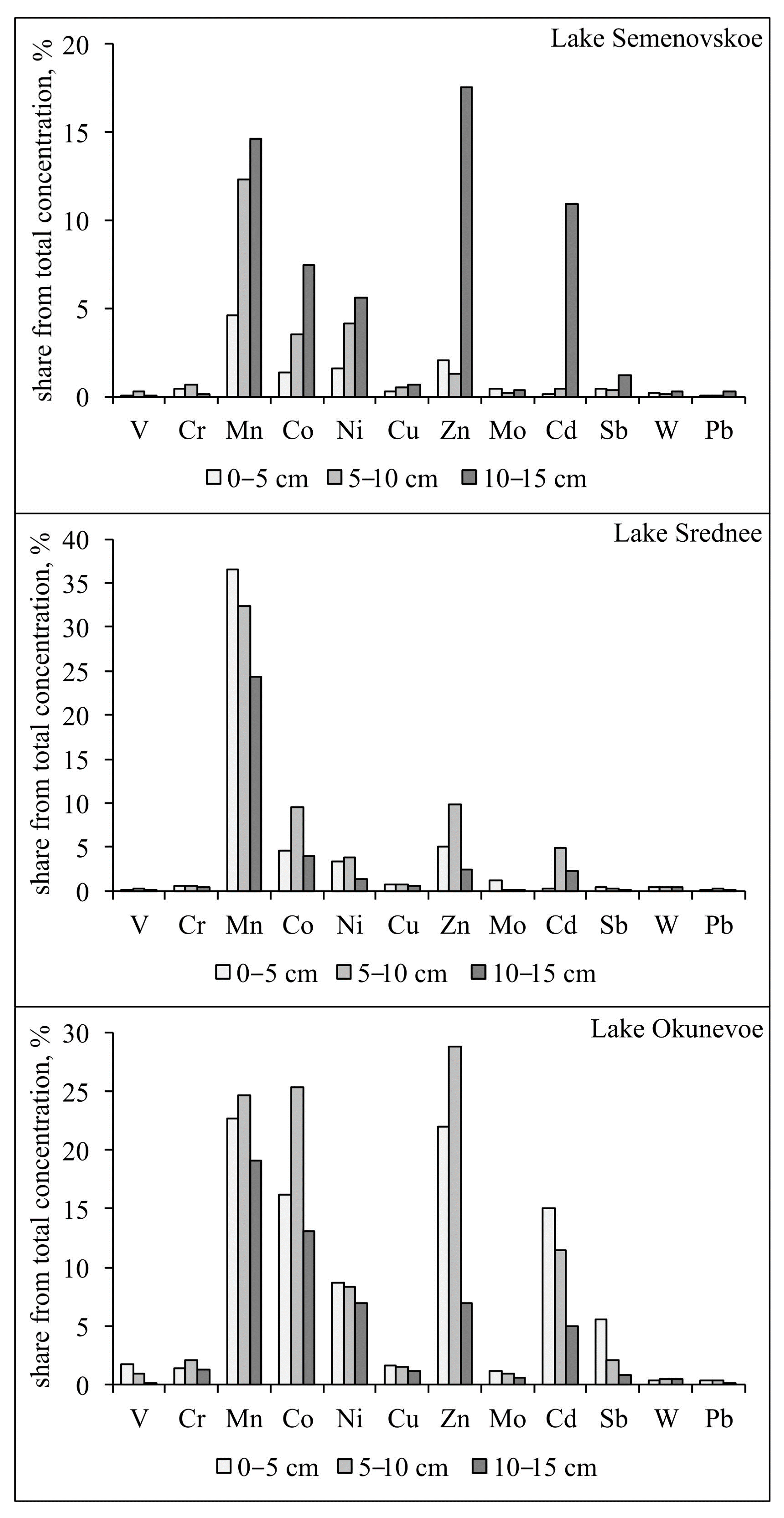