:
As methods for assessing the environmental conditions in ponds are still not well developed, I studied zooplankton to identify a response of community indices to abiotic, biotic, and habitat type in two types of ponds differing in the level of human stress. Ponds of low human alterations (LowHI) harbored generally richer communities and a higher share littoral zooplankton, whose occurrence was associated with higher water transparency and complex macrophyte habitat, particularly the presence of hornworts and charoids. In high human-impact ponds (HighHI) planktonic communities prevailed. Their distribution was mainly related to the open water area and fish presence. Anthropogenic disturbance was also reflected in the frequency of rare species, which were associated with LowHI ponds. Higher diversity of zooplankton increased the chance for rare species to occur. Despite the fact that the majority of rare species are littoral-associated, they had no prevalence towards a certain ecological type of plants, which suggests that any kind of plant cover, even macrophytes typical for eutrophic waters (e.g., Ceratophyllum demersum) will create a valuable habitat for conservation purposes. Thus, it is postulated that a complex and dense cover of submerged macrophytes ought to be maintained in order to improve the ecological value of small water bodies.
Keywords:
rotifers; microcrustaceans; aquatic vegetation; small water bodies; human-induced impact; ecological assessment

The species richness of zooplankton may differ in respect to various factors, including geographical region, trophic type, morphometric features, or even the origin of a water body [49]. However, it has been demonstrated that it also depends on the level of anthropogenic transformation in the vicinity of a pond, with high zooplankton diversity, and high frequency of rare species in ponds of low human impact, where littoral communities also prevailed, and large-bodied cladocerans predominated. Furthermore, a major role of a mosaic of habitats prevailing in ponds of low anthropogenic transformation was also found to be responsible for zooplankton occurrence. Particularly dense patches of elodeids, even those typical of highly eutrophic waters, such as Ceratophyllum demersum, were responsible for the overall rise in zooplankton diversity and supporting the development of a littoral community of both rotifers and microcrustaceans. The key role of macrophytes in ponds was also demonstrated in the case of rare species whose frequency was much higher in ponds less impacted by human activity and rose with the increase of zooplankton diversity. Therefore, a complex macrophyte cover should be maintained to improve the ecological status of small water bodies.

This research work was financed by the Polish State Committee for Scientific Research in 2010-2014 as research project N N305 042739. The author is thankful B. Nagengast for identification of macrophyte species and biometric features measurements as well as T. Joniak for chemical analyses. 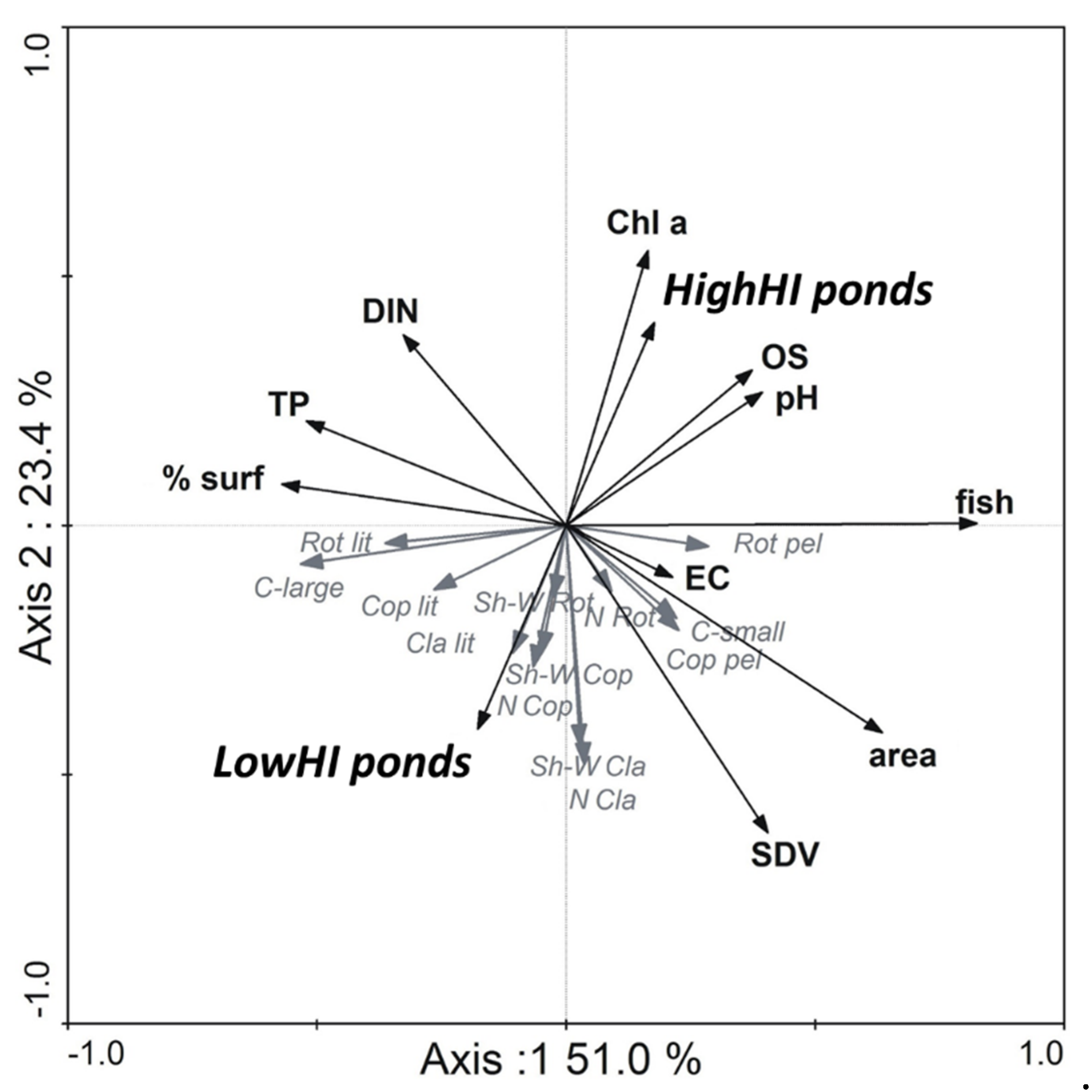 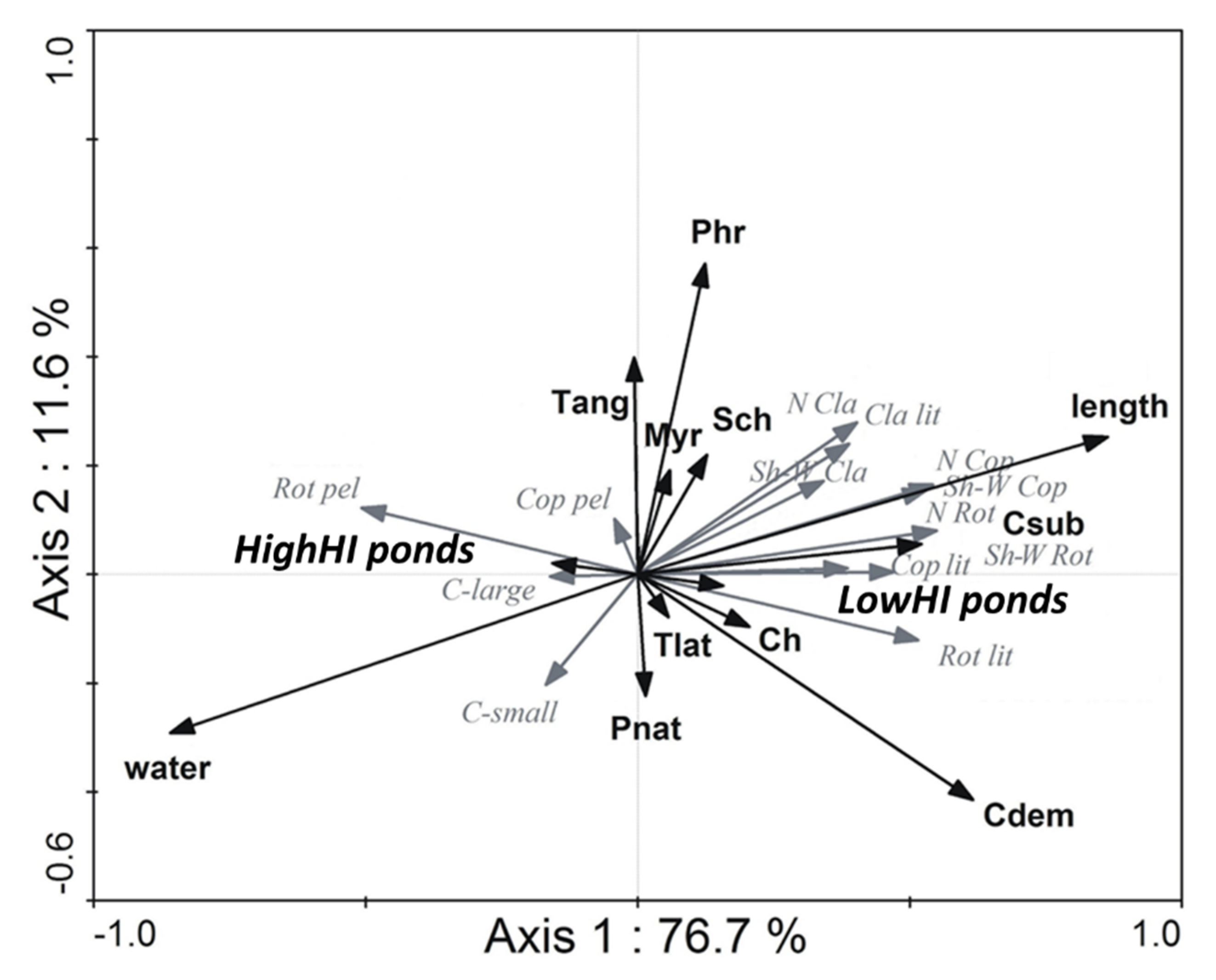