:
In decision-making with interval numbers, there are problems such as how to reduce the loss of decision information to improve decision accuracy and the difficulty of using interval numbers for sorting. On the basis of fully considering the subjective and objective weights of indexes, the grey entropy method (GEM) is improved by taking advantage of the Mahalanobis-Taguchi System (MTS) in which the orthogonal design has few tests but much obtained information, and the Mahalanobis distance can reflect the correlation between indexes. Then, the signal-to-noise ratio is integrated with the improved degree of balance and approach, and a multi-dimensional interval number decision model based on MTS and GEM is put forth. This model is applied to selecting the optimal scheme of controlling the Pankou reservoir’s water level in flood season. Compared with the decision results of other methods, the optimal scheme selected by the proposed model can achieve greater benefits within an acceptable risk range and thus better coordinate the balance between risk and benefit, which verifies the feasibility and validity of the model.
Keywords:
Mahalanobis-Taguchi System; grey entropy method; signal-to-noise ratio; degree of balance and approach; interval number

Grey entropy is the entropy of a grey number [32,33]. Grey number refers to a number set with incomplete and uncertain information, in which the numbers are possible values. For a discrete grey number , (where is a finite set and , ), is called the corresponding grey entropy. When , . The more equal are, the greater the grey entropy is, thereby, , and is defined as the balance degree of the grey number.

3.2. The Comparison of Grey Entropy and Information Entropy

4.2. Orthogonal Test of Schemes and Calculation of Derivative Indicators

Based on the signal-to-noise ratio and the improved degree of balance and approach, the decision matrix Y is constructed as shown in Equation (23), in which the benefit indicator is and , while the cost indicator is and :
Now, the decision-making problem with multi-dimensional interval numbers is changed into a decision-making problem with multi-dimensional real numbers [37]. The optimal scheme can be selected with the following multi-dimensional real vector space decision-making method (MRVSDM).
The diagram of decision-making in a three-dimensional real number vector space is shown in Figure 2. The input of the MTS-GEM model is the interval number indexes derived from different schemes. After orthogonal tests and calculation of the Mahalanobis distance, the signal-to-noise ratio, the improved degree of balance and approach, the output is the mapping distance from each scheme to the ideal scheme. The flow chart of this study is shown in Figure 3.

5.2. Orthogonal Test of the Schemes

The square Mahalanobis distance from each point in the layout matrix Ci to the positive ideal scheme’s layout matrix and the negative ideal scheme’s layout matrix is worked out, as shown in Table 9.
The square Mahalanobis distance is standardized by Equation (18) and the SNR indicator is obtained. The indicator of the degree of balance and approach is worked out by Equation (19)–(22). Accordingly, the decision matrix X is derived, as shown in Table 10.
In accordance with Equation (11)–(12), X is standardized and with the weight of each index being 0.25, the weighted standardized decision matrix C is obtained, as shown in Table 11.
is taken as the reference scheme to calculate the mapping distance from the alternative scheme to the reference scheme.
To verify the feasibility and effectiveness of the method in this paper, the first comparison method of scheme ranking (method 1) is based on the closeness degree of the SNR defined by Equation (26), according to reference [40]:
On the basis of TOPSIS, the improved closeness degree of the degree of balance and approach is defined as follows:
When , , the closer scheme i is to the positive ideal scheme, whereas when , , the farther scheme i is to the positive ideal scheme. This ranking criterion is that the larger is, the better the corresponding scheme i is, which is the second method for comparison (method 2).
The schemes are sorted according to the different ranking criteria of method 1, method 2 and the method in this study. The results are shown in Table 12.
It can be seen from Table 11 that Scheme 1 ranks the last in the decision results of all the three methods, meaning that the currently-adopted strategy is far from decent and other schemes need to be selected, which conforms to the status quo of the Pankou reservoir. This study’s method chooses Scheme 3 as the optimal scheme, which raises the upper water level limit in flood season by 0.8 m compared with Scheme 1.
The reasons for the inconsistent scheme ranking results can be explained by the calculation process of the SNR and the improved degree of balance and approach in Section 4.2. The two indicators respectively reflect the output strength and the degree of balance and approach of geometric curves in the alternative and the reference schemes. If method 1 or method 2 is used alone, their decision results will be less likely to be adopted. The method proposed in this paper includes the advantages of both method 1 and method 2, and gets closer to the reference scheme by the mapping distance, producing more accurate and reasonable decision results. Therefore, scheme 3 is recommended as the optimal.
In Table 11, the closeness degree of the SNR and the closeness degree of the balance and approach degree are benefit indicators, whereas the mapping distance is a cost indicator, and therefore converted into a benefit indicator by the range method. After normalizing the three indicators, the decision results of the three methods are illustrated in Figure 6. It can be seen that compared with method 1 and method 2, this study’s method produces more obviously distinct decision results, which proves that the proposed model can effectively mine the hidden rules in data, especially for the analysis of a system with deficient information.

In order to reduce the uncertainty of interval numbers as well as computation work and fully mine the implied information in multi-attribute decision-making, a multi-dimensional interval number decision model based on Mahalanobis-Taguchi System with grey entropy method (MTS-GEM) was proposed and verified by a case study. The principal conclusions are as follows.

This study was financially supported by the National Key Research and Development Program of China (2016YFC0402309), the National Natural Science Foundation of China (51709105) and the Fundamental Research Funds for the Central Universities (2019MS031). The authors are grateful to the reviewers for their valuable comments and constructive suggestions. 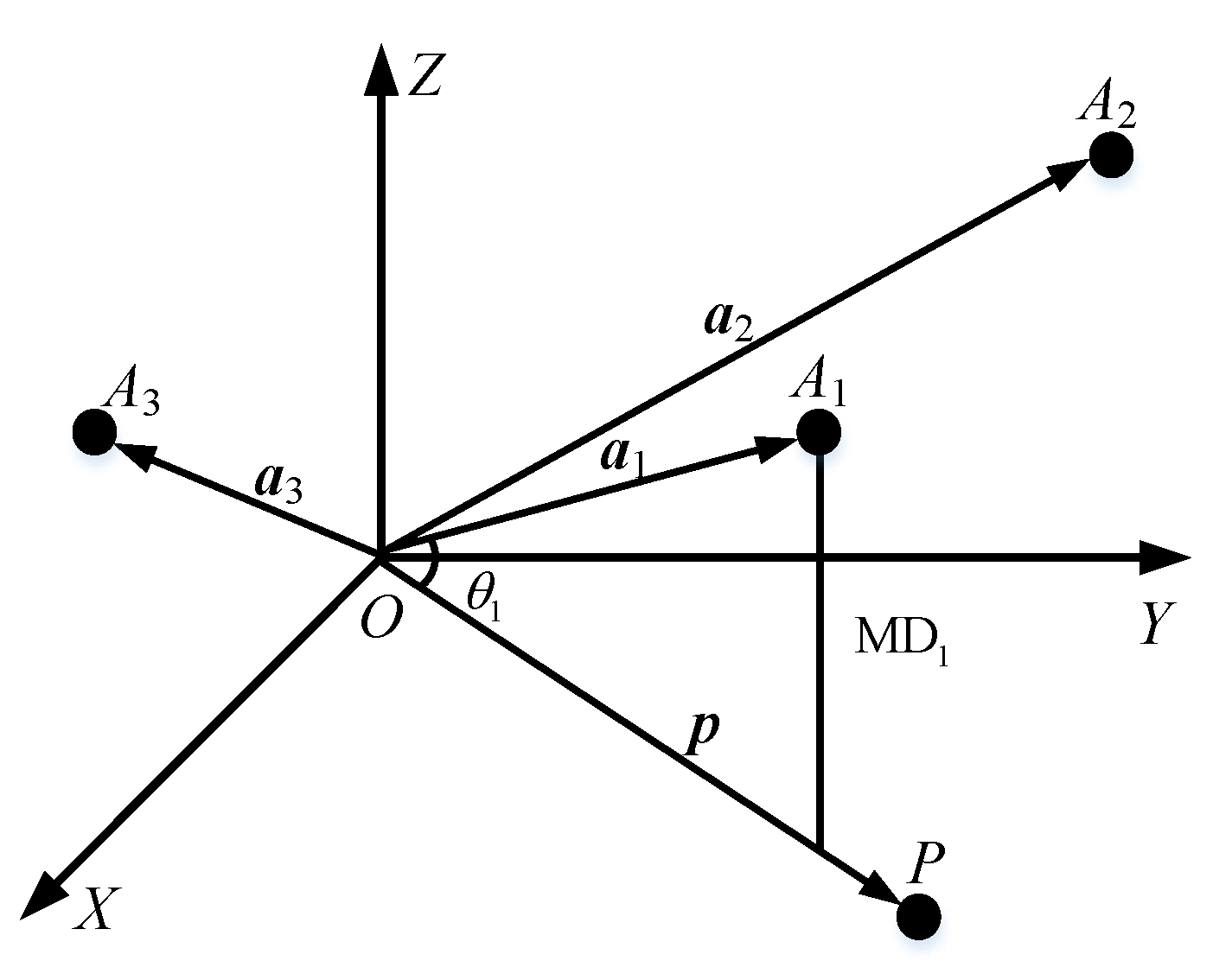