The Implementation of a Hybrid Model for Hilly Sub-Watershed Prioritization Using Morphometric Variables: Case Study in India
Next Article in Special Issue

Dam Operation for Mitigating Ice Jam Flooding Risks under the Adjustment of River Channel-Forms: Implications from an Evaluation in the Ningxia-Inner Mongolia Reach of the Upper Yellow River, China
Previous Article in Special Issue

In this study, a series of modules is integrated into a wave-to-wire (W2W) model that links a Boundary Element Method (BEM) solver to a Wave Energy Converter (WEC) motion solver which are in turn coupled to a wave propagation model. The hydrodynamics of the WECs are resolved in the wave structure interaction solver NEMOH, the Power Take-off (PTO) is simulated in the WEC simulation tool WEC-Sim, and the resulting perturbed wave field is coupled to the mild-slope propagation model MILDwave. The W2W model is run for verified for a realistic wave energy project consisting of a WEC farm composed of 10 5-WEC arrays of Oscillating Surging Wave Energy Converters (OSWECs). The investigated WEC farm is modelled for a real wave climate and a sloping bathymetry based on a proposed OSWEC array project off the coast of Bretagne, France. Each WEC array is arranged in a power-maximizing 2-row configuration that also minimizes the inter-array separation distance and and the arrays are located in a staggered energy maximizing configuration that also decreases the along-shore WEC farm extent. The WEC farm power output and the near and far-field effects are simulated for irregular waves with various significant wave heights wave peak periods and mean wave incidence directions based on the modelled site wave climatology. The PTO system of each WEC in each farm is modelled as a closed-circuit hydraulic PTO system optimized for each set of incident wave conditions, mimicking the proposed site technology, namely the WaveRoller® OSWEC developed by AW Energy Ltd. The investigation in this study provides a proof of concept of the proposed W2W model in investigating potential commercial WEC projects. View Full-Text
Keywords: wave-to-wire; WEC array; OSWEC; Power Take-off (PTO) system; MILDwave wave-to-wire; WEC array; OSWEC; Power Take-off (PTO) system; MILDwave
►▼ Show Figures 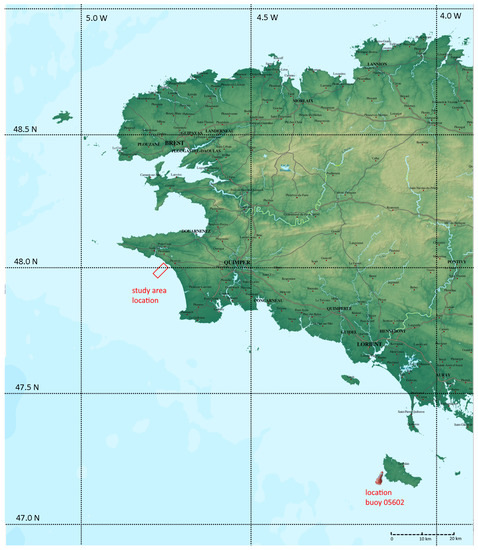