In this study an analysis of the water supply variability for three towns in Puglia (Southern Italy), Roccaforzata, Palagianello and Palagiano, was carried out, based on time series continuously recorded over two years. The towns’ population ranges between 1800 and 16,000 inhabitants and the flow data, collected with time steps of 10 min, are referred to drinking water in an urban environment. The frequency analysis was conducted on the hourly and instantaneous peak factors and confirmed that the Gumbel distribution is able to represent the stochastic behavior of the peak water demand. A physically based formulation of the distribution parameters was exploited in order to investigate the regional distribution of the peak factor for towns with a different population. View Full-Text
Keywords: peak water demand; probabilistic approach; Gumbel distribution peak water demand; probabilistic approach; Gumbel distribution
►▼ Show Figures 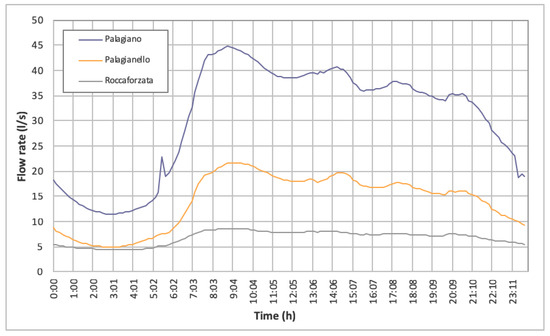