The Role of Attenuation and Land Management in Small Catchments to Remove Sediment and Phosphorus: A Modelling Study of Mitigation Options and Impacts
Previous Article in Journal

Evaluating the Erosion Process from a Single-Stripe Laser-Scanned Topography: A Laboratory Case Study

Effects of Climate Change and Human Activities on Soil Erosion in the Xihe River Basin, China 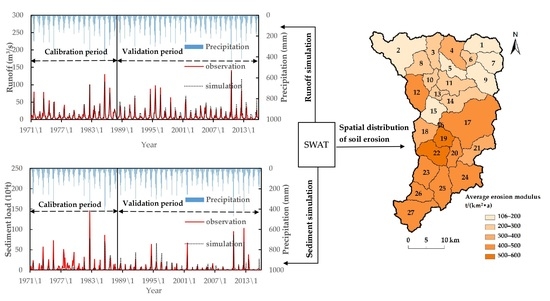