Role of Low-Impact Development in Generation and Control of Urban Diffuse Pollution in a Pilot Sponge City: A Paired-Catchment Study
Next Article in Special Issue

Advances in the Economic Analysis of Residential Water Use: An Introduction
Previous Article in Journal

Unauthorised Domestic Water Consumption in the City of Alicante (Spain): A Consideration of Its Causes and Urban Distribution (2005–2017)

Since 2014 and 2015 numerous projections and macroeconomic indicators have shown sustained growth, allowing governments to affirm that the economic crisis has been overcome. In Spain, the onset of the crisis and the bursting of the real estate bubble (2008) have caused a profound impression on the country and society in recent years. The aim of the study is to analyse the evolution and the determining factors of unauthorised domestic water consumption and its geographic distribution in the city of Alicante (south-east Spain). Methodologically, data have been examined regarding this topic in the city of Alicante for the period 2005–2017 and according to their location and the type of residential property (compact or dispersed). In conclusion, it should be indicated that in Alicante unauthorised consumption is recorded in all social classes and neighbourhoods, especially in the properties of the North District of the city (a lower economic income neighbourhood) but also in those ones that are home to the better-off social classes who reside in detached houses. In the latter, residents commit unauthorised consumption to reduce the high levels of water consumption, aggravated by the current drought (the need to provide greater volumes of water for outdoor uses) and by the increase in the price of water over the last decade. Besides, since the implementation of the Remote Meter Reading Plan in 2011 and the increase of the surveillance of the employers of the water company, the detection of the unauthorised water consumption has increased. View Full-Text
Keywords: unauthorised consumption; water; consumption; domestic; Alicante unauthorised consumption; water; consumption; domestic; Alicante
►▼ Show Figures 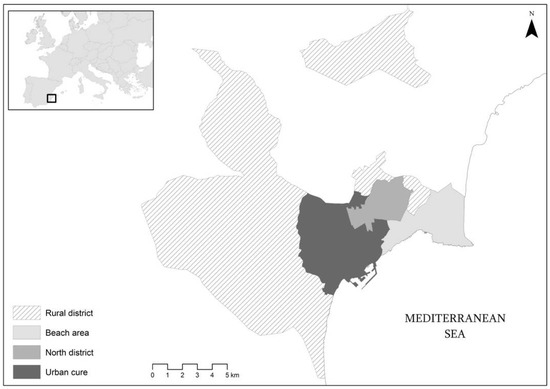