Climate responses to volcanic eruptions include changes in the distribution of temperature and precipitation such as those associated with El Niño Southern Oscillation (ENSO). Recent studies suggest an ENSO-positive phase after a volcanic eruption. In the Atlantic Basin, a similar mode of variability is referred as the Atlantic Niño, which is related to precipitation variability in West Africa and South America. Both ENSO and Atlantic Niño are characterized in the tropics by conjoined fluctuations in sea surface temperature (SST), zonal winds, and thermocline depth. Here, we examine possible responses of the Tropical Atlantic to last millennium volcanic forcing via SST, zonal winds, and thermocline changes. We used simulation results from the National Center for Atmospheric Research Community Earth System Model Last Millennium Ensemble single-forcing experiment ranging from 850 to 1850 C.E. Our results show an SST cooling in the Tropical Atlantic during the post-eruption year accompanied by differences in the Atlantic Niño associated feedback. However, we found no significant deviations in zonal winds and thermocline depth related to the volcanic forcing in the first 10 years after the eruption. Changes in South America and Africa monsoon precipitation regimes related to the volcanic forcing were detected, as well as in the Intertropical Convergence Zone position and associated precipitation. These precipitation responses derive primarily from Southern and Tropical volcanic eruptions and occur predominantly during the austral summer and autumn of the post-eruption year. View Full-Text
Keywords: sea surface temperature; precipitation; South America; Africa; Atlantic Niño; paleoclimate modeling sea surface temperature; precipitation; South America; Africa; Atlantic Niño; paleoclimate modeling
►▼ Show Figures 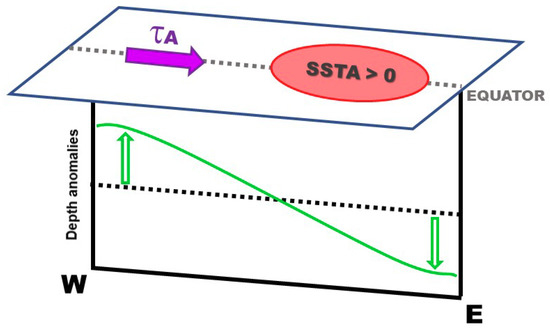