The Madden-Julian Oscillation: A Tool for Regional Seasonal Precipitation Outlooks?
Next Article in Special Issue

FireWork is an on-line, one-way coupled meteorology–chemistry model based on near-real-time wildfire emissions. It was developed by Environment and Climate Change Canada to deliver operational real-time forecasts of biomass-burning pollutants, in particular fine particulate matter (PM2.5), over North America. Such forecasts provide guidance for early air quality alerts that could reduce air pollution exposure and protect human health. A multi-year (2013–2016) analysis of FireWork forecasts over a five-month period (May to September) was conducted. This work used an archive of FireWork outputs to quantify wildfire contributions to total PM2.5 surface concentrations across North America. Different concentration thresholds (0.2 to 28 µg/m3) and averaging periods (24 h to five months) were considered. Analysis suggested that, on average over the fire season, 76% of Canadians and 69% of Americans were affected by seasonal wildfire-related PM2.5 concentrations above 0.2 µg/m3. These effects were particularly pronounced in July and August. Futhermore, the analysis showed that fire emissions contributed more than 1 µg/m3 of daily average PM2.5 concentrations on more than 30% of days in the western USA and northwestern Canada during the fire season. View Full-Text
Keywords: air quality modeling; wildfire smoke; fine particulate matter; wildfire pollution exposure air quality modeling; wildfire smoke; fine particulate matter; wildfire pollution exposure
►▼ Show Figures 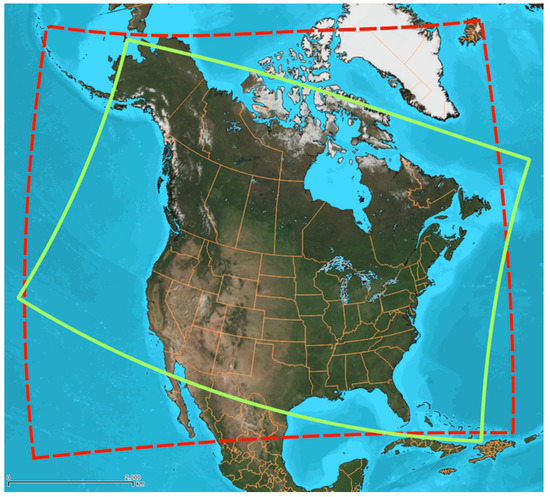