Extreme Sea Ice Loss over the Arctic: An Analysis Based on Anomalous Moisture Transport
Previous Article in Journal

In this study, we investigate the sources of moisture (and moisture for precipitation) over the Danube River Basin (DRB) by means of a Lagrangian approach using the FLEXPART V9.0 particle dispersion model together with ERA-Interim reanalysis data to track changes in atmospheric moisture over 10-day trajectories. This approach computes the budget of evaporation-minus-precipitation by calculating changes in specific humidity along forward and backward trajectories. We considered a time period of 34 years, from 1980 to 2014, which allowed for the identification of climatological sources and moisture transport towards the basin. Results show that the DRB mainly receives moisture from seven different oceanic, maritime, and terrestrial moisture source regions: North Atlantic Ocean, North Africa, the Mediterranean Sea, Black Sea, Caspian Sea, the Danube River Basin, and Central and Eastern Europe. The contribution of these sources varies by season. During winter (October–March) the main moisture source for the DRB is the Mediterranean Sea, while during summer (April–September) the dominant source of moisture is the DRB itself. Moisture from each source has a different contribution to precipitation in the DRB. Among the sources studied, results show that the moisture from the Mediterranean Sea provides the greatest contribution to precipitation in the basin in both seasons, extending to the whole basin for the winter, but being more confined to the western side during the summer. Moisture from the Caspian and Black Seas contributes to precipitation rather less. View Full-Text
Keywords: moisture sources and sinks; Lagrangian approach; precipitation; FLEXPART; Danube River Basin moisture sources and sinks; Lagrangian approach; precipitation; FLEXPART; Danube River Basin
►▼ Show Figures 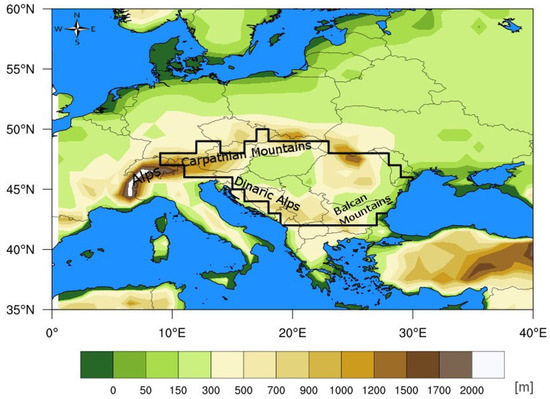