Seasonal Variations of Carbonyls and Their Contributions to the Ozone Formation in Urban Atmosphere of Taiyuan, China
Next Article in Special Issue

The electricity produced through renewable resources is dependent on the variability of weather conditions and, thus, on the availability of the resource, as is the case with wind energy. This study aims to assess the wind resource available and the wind energy potential (WEP) during the December months for the three years 2017, 2018, and 2019, in southwestern Europe, when several high-impact storms affected the region. Additionally, a comparison of Prandtl’s logarithmic law and Power-law equations for extrapolation of the vertical wind profile is performed for onshore conditions, to evaluate the differences in terms of energy production, with the use of different equations. To assess the effect of the strong winds associated with the storms, 10 m wind components are used, with a 6-hourly temporal resolution, for the December months over the southwestern Europe region (30° N–65° N; 40° W–25° E). Results are compared to the climatology (1981–2010) and show an increase of wind intensity of 1.86 m·s−1 in southwestern Europe during December 2019, and a decrease up to 2.72 m·s−1 in December 2018. WEP is calculated for the selected wind turbine, 4 MW E-126 EP3—ENERCON, as well as the values following the wind resource record, that is, (i) higher values in December 2019 in the offshore and onshore regions, reaching 35 MWh and 20 MWh per day, respectively, and (ii) lower values in December 2018, with 35 MWh and 15 MWh per day for offshore and onshore. Differences in WEP when using the two equations for extrapolation of wind vertical profile reached 60% (40%) in offshore (onshore) regions, except for the Alps, where differences of up to 80% were reached. An additional analysis was made to understand the influence of the coefficients of soil roughness and friction used in each equation (Prandtl’s logarithmic law and Power-law), for the different conditions of onshore and offshore. Finally, it is notable that the highest values of wind energy production occurred on the stormy days affecting southwestern Europe. Therefore, we conclude that these high-impact storms had a positive effect on the wind energy production in this region. View Full-Text
Keywords: renewable energy; wind energy potential (WEP); wind vertical profile; extreme events; windstorms; Northeast Atlantic renewable energy; wind energy potential (WEP); wind vertical profile; extreme events; windstorms; Northeast Atlantic
►▼ Show Figures 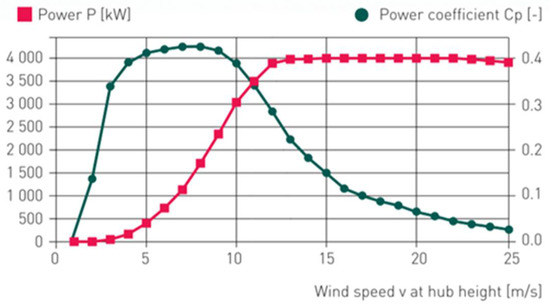