Numerical Simulation Analysis of the Impact of Urbanization on an Extreme Precipitation Event over Beijing–Tianjin–Hebei, China
Previous Article in Special Issue

Seasonal Variability of Lightning Activity in Yakutia in 2009–2019

A torrential rainfall that occurred in Beijing during the period of 21–22 July 2012 is simulated by the Weather Research and Forecasting Model in order to investigate the probable mechanisms for the initiation and organization of warm-sector mesoscale convective systems (MCSs). The simulated results show that the cyclone, which formed in Hetao area, Inner Mongolia and moved eastward slowly, played a key role in the formation and development of warm-sector precipitation, although the favorable atmospheric environment and the configuration of weather systems are also important, which caused the trigger and organization of convective cells along Taihang Mountains. It is the interaction of the local terrain convergence line and the southerly airflows of Hetao cyclone that cause the continuous trigger of convective cells along Taihang Mountains. While, the triggers of convective cells in the plains are caused by the gravity waves, which is related to the development and eastward movement of Hetao cyclone. It must be pointed out that the merging and coupling between the cells that triggered in Taihang Mountains and moved southwesterly and the cells that triggered in plains and moved northeasterly are the key factors for the formation and development of MCSs during the warm-sector precipitation. In addition, the back-building processes and the cold pool forcing are also important for the formation and development of MCSs in this study. View Full-Text
Keywords: warm-sector precipitation; convective initiation; convective organization warm-sector precipitation; convective initiation; convective organization
►▼ Show Figures 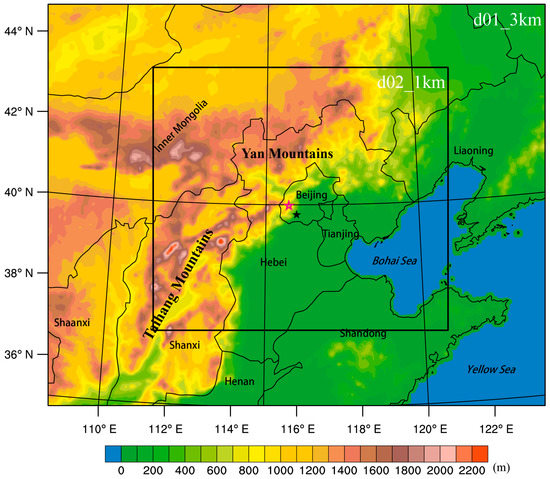