Evaluation of Regional Air Quality Models over Sydney, Australia: Part 2, Comparison of PM2.5 and Ozone
Next Article in Special Issue

Although cambial reactivation is considered to be strongly dependent on temperature, the importance of water availability at the onset of xylogenesis in semi-arid regions still lacks sufficient evidences. In order to explore how environmental factors influence the initiation of cambial activity and wood formation, we monitored weekly cambial phenology in Qilian juniper (Juniperus przewalskii) from a semi-arid high-elevation region of northwestern China. We collected microcores from 12 trees at two elevations during the growing seasons in 2013 and 2014, testing the hypothesis that rainfall limits cambial reactivation in spring. Cambium was reactivated from late April to mid-May, and completed cell division from late July to early August, lasting 70–100 days. Both sites suffered from severe drought from January to April 2013, receiving < 1 mm of rain in April. In contrast, rainfall from January to April 2014 was 5–6 times higher than that in 2013. However, cambial reactivation in 2014 was delayed by 10 days. In spring, soil moisture gradually increased with warming temperatures, reaching 0.15 m3/m3 before the onset of xylogenesis, which may have ensured water availability for tree growth during the rainless period. We were unable to confirm the hypothesis that rainfall is a limiting factor of cambial reactivation. Our results highlight the importance of soil moisture in semi-arid regions, which better describe the environmental conditions that are favorable for cambial reactivation in water-limited ecosystems. View Full-Text
Keywords: cambial activity; Juniperus przewalskii; rainfall; temperature; soil moisture; xylogenesis cambial activity; Juniperus przewalskii; rainfall; temperature; soil moisture; xylogenesis
►▼ Show Figures 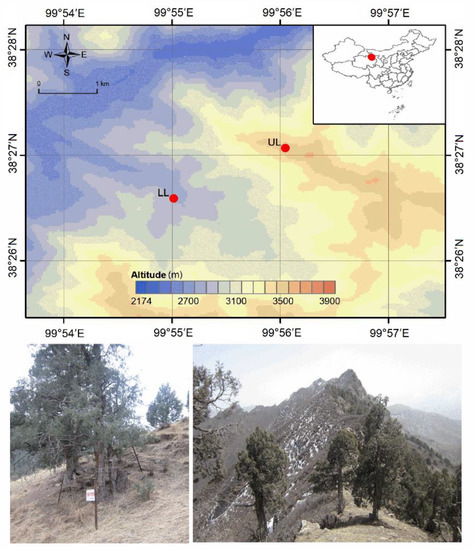