Measurements of nitrogen oxide (NO), ozone (O3), and meteorological parameters have been carried out between September and November 2013 in a high mountain site in Central Italy at the background station of Mt. Portella (2401 m a.s.l.). Three NO plumes, with concentrations up to about 10 ppb, characterized the time series. To investigate their origin, single hidden layer feedforward neural networks (FFNs) have been developed setting the NO as the output neuron. Five different simulations have been carried out maintaining the same FFNs architecture and varying the input nodes. To find the best simulations, the number of the neurons in the hidden layer varied between 1 and 40 and 30 trials models have been evaluated for each network. Using the correlation coefficient (R), the normalized mean square error (NMSE), the fractional bias (FB), the factor of 2 (FA2) and the t-student test, the FFNs results suggest that two of the three NO plumes are significantly better modeled when considering the dynamical variables (with the highest R of 0.7996) as FFNs input compare to the simulations that include as input only the photochemical indexes (with the lowest R of 0.3344). In the Mt. Portella station, transport plays a crucial role for the local NO level, as demonstrated by the back-trajectories; in fact, considering also the photochemical processes, the FFNs results suggest that transport, more than local sources or the photochemistry, can explain the observed NO plumes, as confirmed by all the statistical parameters. View Full-Text
Keywords: artificial neural network; NO; high mountain artificial neural network; NO; high mountain
►▼ Show Figures 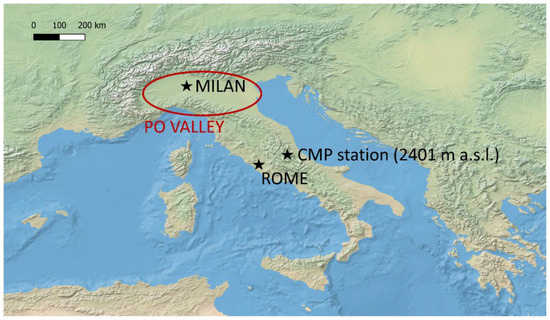