The Role of microRNAs in Mitochondria: Small Players Acting Wide

MicroRNAs (miRNAs) are short, single-stranded, non-coding RNA molecules that act as post-transcriptional gene regulators. They can inhibit target protein-coding genes, through repressing messenger RNA (mRNA) translation or promoting their degradation. miRNAs were initially found to be originated from nuclear genome and exported to cytosol; where they exerted most of their actions. More recently, miRNAs were found to be present specifically in mitochondria; even originated there from mitochondrial DNA, regulating in a direct manner genes coding for mitochondrial proteins, and consequently mitochondrial function. Since miRNAs are recognized as major players in several biological processes, they are being considered as a key to better understand, explain, and probably prevent/cure not only the pathogenesis of multifactorial diseases but also mitochondrial dysfunction and associated diseases. Here we review some of the molecular mechanisms purported for miRNA actions in several biological processes, particularly the miRNAs acting in mitochondria or in mitochondria-related mechanisms. View Full-Text
Keywords: metabolism; mitochondria; mitochondrial dynamics; miRNAS; OXPHOS metabolism; mitochondria; mitochondrial dynamics; miRNAS; OXPHOS
►▼ Show Figures 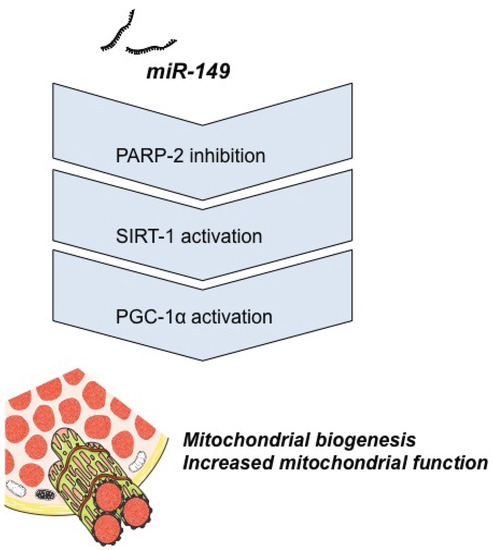