Alternative Biochemistries for Alien Life: Basic Concepts and Requirements for the Design of a Robust Biocontainment System in Genetic Isolation

Yeasts belonging to the Metschnikowia genus are particularly interesting for the unusual formation of only two needle-shaped ascospores during their mating cycle. Presently, the meiotic process that can lead to only two spores from a diploid zygote is poorly understood. The expression of fluorescent nuclear proteins should allow the meiotic process to be visualized in vivo; however, no large-spored species of Metschnikowia has ever been transformed. Accordingly, we aimed to develop a transformation method for Metschnikowia borealis, a particularly large-spored species of Metschnikowia, with the goal of enabling the genetic manipulations required to study biological processes in detail. Genetic analyses confirmed that M. borealis, and many other Metschnikowia species, are CUG-Ser yeasts. Codon-optimized selectable markers lacking CUG codons were used to successfully transform M. borealis by electroporation and lithium acetate, and transformants appeared to be the result of random integration. Mating experiments confirmed that transformed-strains were capable of generating large asci and undergoing recombination. Finally, random integration was used to transform an additional 21 yeast strains, and all attempts successfully generated transformants. The results provide a simple method to transform many yeasts from an array of different clades and can be used to study or develop many species for various applications. View Full-Text
Keywords: genome engineering; synthetic biology; yeasts; Metschnikowia; genetic tools; DNA delivery; CUG-Ser genome engineering; synthetic biology; yeasts; Metschnikowia; genetic tools; DNA delivery; CUG-Ser
►▼ Show Figures 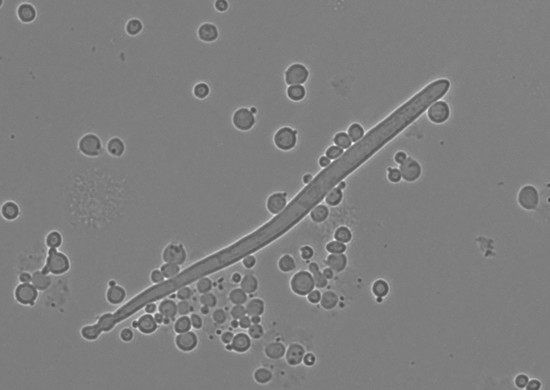