Prospects of Forage Production in Northern Regions under Climate and Land-Use Changes: A Case-Study of a Dairy Farm in Newfoundland, Canada
Next Article in Special Issue

Assessment of the Persistence of Avena sterilis L. Patches in Wheat Fields for Site-Specific Sustainable Management 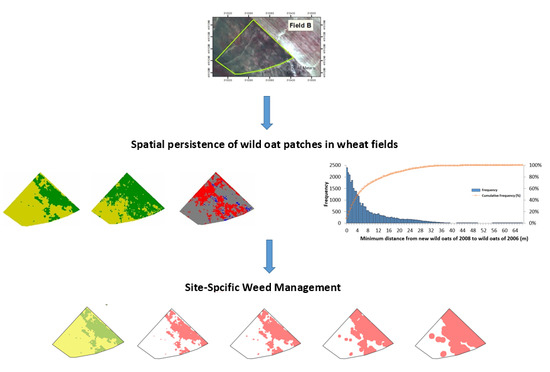