Most of the Western World banned the cultivation of Cannabis sativa in the early 20th century because biotypes high in ∆9-tetrahydrocannabinol (THC, the principal intoxicant cannabinoid) are the source of marijuana. Nevertheless, since 1990, dozens of countries have authorized the licensed growth and processing of “industrial hemp” (cultivars with quite low levels of THC). Canada has concentrated on hemp oilseed production, and very recently, Europe changed its emphasis from fiber to oilseed. The USA, historically a major hemp producer, appears on the verge of reintroducing industrial hemp production. This presentation provides updates on various agricultural, scientific, social, and political considerations that impact the commercial hemp industry in the United States and Canada. The most promising scenario for the hemp industry in North America is a continuing focus on oilseed production, as well as cannabidiol (CBD), the principal non-intoxicant cannabinoid considered by many to have substantial medical potential, and currently in great demand as a pharmaceutical. Future success of the industrial hemp industry in North America is heavily dependent on the breeding of more productive oilseed cultivars, the continued development of consumer goods, reasonable but not overly restrictive regulations, and discouragement of overproduction associated with unrealistic enthusiasm. Changing attitudes have generated an unprecedented demand for the cannabis plant and its products, resulting in urgent needs for new legislative, regulatory, and business frameworks, as well as scientific, technological, and agricultural research. View Full-Text
Keywords: Cannabis; hemp; marijuana; fiber; oilseed; environmental sustainability Cannabis; hemp; marijuana; fiber; oilseed; environmental sustainability
►▼ Show Figures 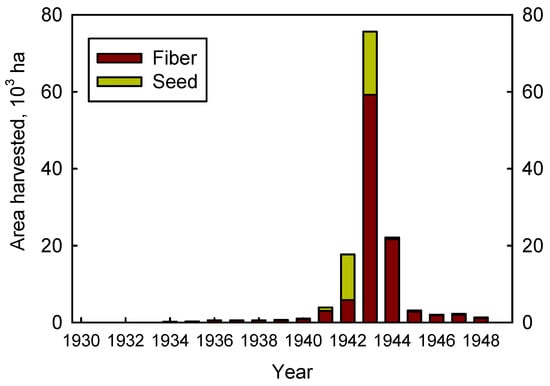