Investigation of the Effect of Slurry, Combined with Inorganic N Rate and Timing, on the Yield of Spring Barley Post Cover Crop of Stubble Turnips
Previous Article in Journal

Genetic Diversity for Dual Use Maize: Grain and Second-Generation Biofuel

Irrigated cotton (Gossypium hirsutum L.) growers in the Murray-Darling Basin (MDB) of Australia, are challenged by limited water availability. This modelling-study aimed to determine if deficit irrigation (DI) practices can potentially improve water use efficiency (WUE) for furrow irrigation (FI), overhead sprinkler irrigation (OSI) and subsurface drip irrigation (SDI) systems. We validated the Agricultural Production System sIMulator (APSIM) against observed cotton lint yield and crop biomass accumulation for different management practices. The model achieved concordance correlation coefficients of 0.93 and 0.82 against observed cotton crop biomass accumulation and lint yields, respectively. The model was then applied to evaluate the impacts of different levels of DI on lint yield, WUE across cotton growing locations in the MDB (Goondiwindi, Moree, Narrabri, and Warren), during the period from 1977 to 2017. The different levels of DI for the FI system were no irrigation, full irrigation (TF) and irrigated one out of four, one out of three, one out of two, two out of three and two out of four TF events. For the OSI and SDI systems, DI levels were no irrigation, TF, 20% of TF, 40% of TF, 60% of TF and 80% of TF. Lint yield was maximised under the OSI and SDI systems for most locations by applying 80% of TF. However; modelling identified that WUE was maximised at 60% of full irrigation for OSI and SDI systems. These results suggest there are significant gains in agronomic performance to be gained through the application of DI practices with these systems. For FI, DI had no benefit in terms of increasing yield, while DI showed marginal gains in terms of WUE in some situations. This result is due to the greater exposure to periodic water deficit stress that occurred when DI practices were applied by an FI system. The results suggest that in the northern MDB, water savings could be realised for cotton production under both OSI and SDI systems if DI were adopted to a limited extent, depending on location and irrigation system. View Full-Text
Keywords: irrigation management; water saving; water productivity; model validation; APSIM irrigation management; water saving; water productivity; model validation; APSIM
►▼ Show Figures 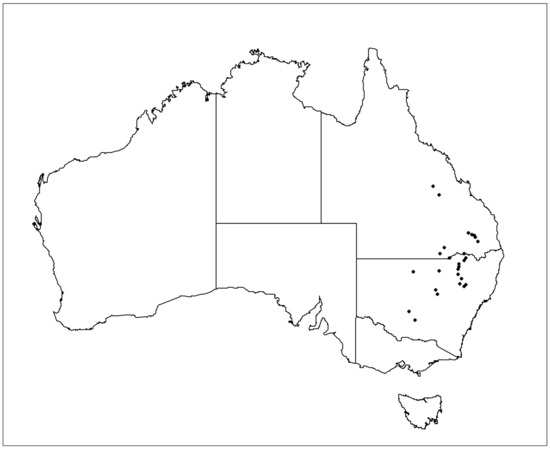