Dual-Wavelength (UV and Blue) Controlled Photopolymerization Confinement for 3D-Printing: Modeling and Analysis of Measurements
Next Article in Special Issue

Recently, bulk-heterojunction (BHJ) polymer solar cells (PSCs) have received considerable attention due to their many merits, such as light weight, low-cost manufacture, flexibility, roll-to-roll fabrication process compatibility, and bandgap tenability [1,2,3]. Since the first report on PSCs in 1986, various studies have been conducted to improve their performance [4]. Significant efforts have been made to improve the power conversion efficiency (PCE) through unconventional donor–acceptor materials [5,6,7,8], advanced device architectures such as inverted structures of PSCs [9], new additives and dopant materials [10,11,12], optimized interfaces [13], etc. In particular, inverted structures of PSCs have been studied because of their superior device stability for high PCE [9]. In both conventional and inverted devices, to overcome the drawbacks of fast degradation with acidic PEDOT:PSS and the metal oxide layer [14], the active material simply performs the role of absorbing photons and converting them into free charge carriers. However, to achieve good performance, a hole transport layer (HTL) and electron transport layer (ETL) are required to improve the excellent transportability of electron/hole carriers [15,16,17,18,19,20,21]. Litzov et al. reported that an excellent material should fulfill the conditions for the ETL and HTL, which require transparency, good electrical properties, and chemical stability [22]. Baglio et al. reported a dye-sensitized solar cell with titanium oxide (TiOx) as the ETL [23]. Hadipour et al. presented a BHJ device using TiOx at room temperature with the solution process as the ETL [24]. Li et al. reported PSCs using Cs2CO3 in combination with V2O5 as the HTL [9]. Wiranwetchayan et al. reported inverted-structure PSCs using Nb2O5 as the ETL [25]. In particular, ZnO NPs are used for various optoelectronic devices due to their excellent environmental stability and electron mobility [26]. The ZnO thin films have been grown by different techniques, such as chemical vapor deposition, sputtering, sol–gel, pulsed laser deposition, and atomic layer deposition (ALD). Recently, ALD is the preferred technology due to the possibility of a low-temperature process [27]. Jan Gilot et al. demonstrated a PSC with ZnO as an optical spacer where the short-circuit current density (Jsc) increased as a result of increased light absorption and redistribution of the electric field inside the active layer [28]. These various attempts achieved significant improvements in results and achieved a PCE in excess of 11% [29]. Recently, many studies have been conducted on the synthesis, growth, and defect engineering of ZnO nanoparticles (NPs), especially those with oxygen vacancies [30,31,32]. Among them, researchers have conducted studies on the surface modification of ZnO NPs with various capping agents to reduce defects through encapsulation of the surface [33,34]. In particular, we attempted surface modification in ZnO NPs with polyvinyl pyrrolidone (PVP) [35,36,37] applied to PSCs as an ETL; surface modification improved the trap-induced defects due to oxygen defects on the surface, thereby preventing the trapping of electrons and reduction of performance. Devices with six different PVP:Zn ratios (0.615 g, 1.230 g, 1.846 g, 2.460 g, 3.075 g, and 3.690 g) were fabricated, and the optimized PVP:Zn ratio (2.460 g) was found for PSCs based on P3HT/PCBM. The PCE of the fabricated PSCs with PVP-capped ZnO exhibited a significant increase of approximately 21% in PCE compared with the uncapped ZnO-based PSCs.
Therefore, it has been confirmed that it is very important to reduce trap-related states due to oxygen deficiency for efficient electron transportation.

The PSC device structure consists of an anode (ITO), an HTL, an active layer (P3HT:PCBM, Luminescence Technology Corp., Hsin Chu, Taiwan), an ETL (PVP (Sigma-Aldrich, Saint Louis, MO, USA)-capped ZnO), and a cathode (aluminum), as shown Figure 1. The patterned ITO glasses were cleaned with acetone, methanol, and isopropyl alcohol for 10 min in an ultrasonic bath, followed by UV–ozone curing for 15 min. The HTL was formed using PEDOT:PSS (poly(ethylenedioxythiophene):polystyrene sulfonate, Baytron P AI 4083, H. C. Starck, Newton, MA, USA) on patterned ITO with spin-coating and thermal annealing treatment at 150 °C for 10 min. Thereafter, the active layer was formed using the mixing of the blend components where P3HT and PCBM (1:1 wt %) were dissolved in 1,2-Dichlorobenzene (Sigma-Aldrich). Subsequently, the PVP-capped ZnO NP solution was coated to form the ETL and thermally annealed under vacuum conditions. Finally, a top cathode of Al was evaporated at a pressure of 10−6 Torr. The active area of the fabricated PSCs was 9 mm2 (defined by the shadow mask of the vertical overlap of ITO and Al, electrodes). A modified and optimized sol–gel method was used for the synthesis of ZnO NPs. A total of 2.46 g Zinc acetate dihydrate (Sigma-Aldrich) was dissolved in 110 mL of methanol, and 0.96 g of potassium hydroxide was dissolved in 50 mL of methanol. PVP (Sigma-Aldrich) was dissolved in methanol. The KOH solution and PVP solution were added dropwise into a 200 mL flask filled with the Zn(AC)2·2H2O solution and stirred at 60 °C for 1 hour. Then, isopropanol and hexane were added to the mixture overnight. The PVP-capped ZnO NPs were gathered by centrifuging and washed twice to purify the prepared PVP-capped ZnO and re-dispersed in ethanol (10 mg/mL). The schematic of the device structure and band diagram are shown in Figure 1. The PV performance measurements were performed on Agilent 4155C semiconductor parameter (Agilent, Santa Clara, CA, USA) analyzer integrated with a Newport xenon lamp as a solar simulator (AM 1.5). A National Renewable Energy Laboratory (NREL) calibrated silicon photodetector was used to calibrate the light source with a light intensity of 100 mW·cm−2.
Photoluminescence (PL, QE65000, Ocean Optics, Largo, FL, USA) characteristics were assessed by a spectrum analyzer to measure the excitation and bandgap of PVP-capped ZnO NPs. To verify the coordination of ZnO with PVP molecules, Fourier transform infrared (FT-IR) spectra were obtained from FT-IR spectroscopy (Frontier, PerkinElmer, Waltham, MA, USA). UV-visible absorption characteristics were examined with a UV-visible spectrophotometer (UV-1601, Shimadzu Corp., Kyoto, Japan). External quantum efficiency (EQE) spectra were measured using a measuring kit (Quantx-300 system, Newport, Irvine, CA, USA). Field emission-scanning electron microscopy (FE-SEM, SU8220, Hitachi, Tokyo, Japan) was used to evaluate the thickness of the cross-sectional image of BHJ-PSCs with uncapped ZnO NPs and PVP-capped ZnO NPs. The morphological modifications, such as two-dimensional (2D) and three-dimensional (3D) atomic force microscopy (AFM) images of the surface of uncapped ZnO NPs and PVP-capped ZnO NPs as the ETL, were obtained with an AFM microscope (5500 Agilent Technologies, Santa Clara, CA, USA).

In conclusion, in this work, we fabricated and appropriately characterized PVP-capped ZnO NPs as an effective ETL in PSCs fabricated to enhance charge balance and performance. It was shown that the PVP-capped ZnO NPs were very effective in reducing charge-trapping sites and oxygen vacancies from the cathode. The proposed BHJ PSCs with PVP-capped ZnO NPs as the ETL showed significantly enhanced PCE, current density, and air stability due to the reduced trap sites on the surface of ZnO NPs. Consequently, we confirmed that the BHJ PSC performance was improved due to effective electron transportation by reducing the defects of oxygen vacancies.

O.K., J.K., and S.K. (SaeWan Kim) carried out the experiments collecting the data and drafted the manuscript. O.K., J.K., S.K. (SaeWan Kim), B.X., K.S., C.P. and W.D. fabricated the devices and performed the measurements. J.B. participated in the discussion about the method and contributed to the analysis of the results. S.K. (ShinWon Kang) made significant contributions to the revision of the experiment designs and manuscript editing, guiding the entire study. 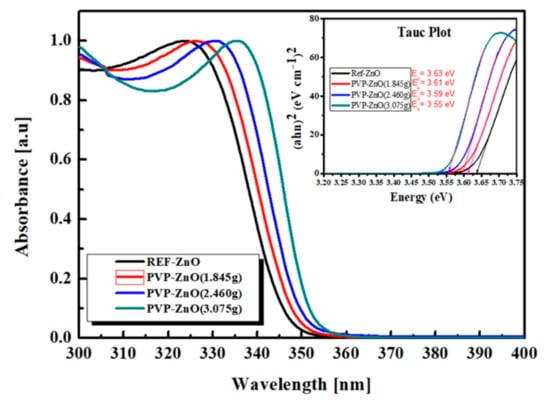 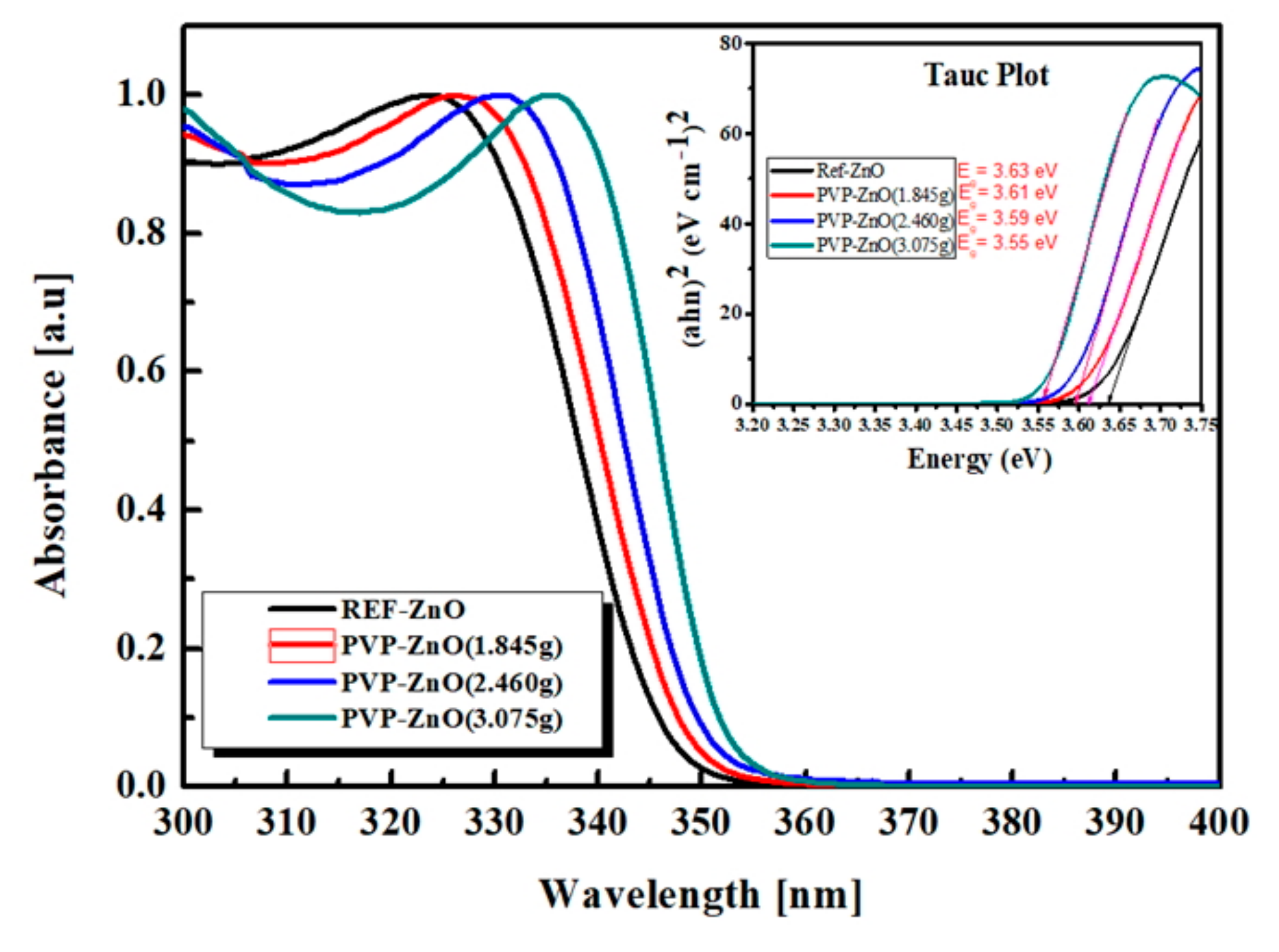 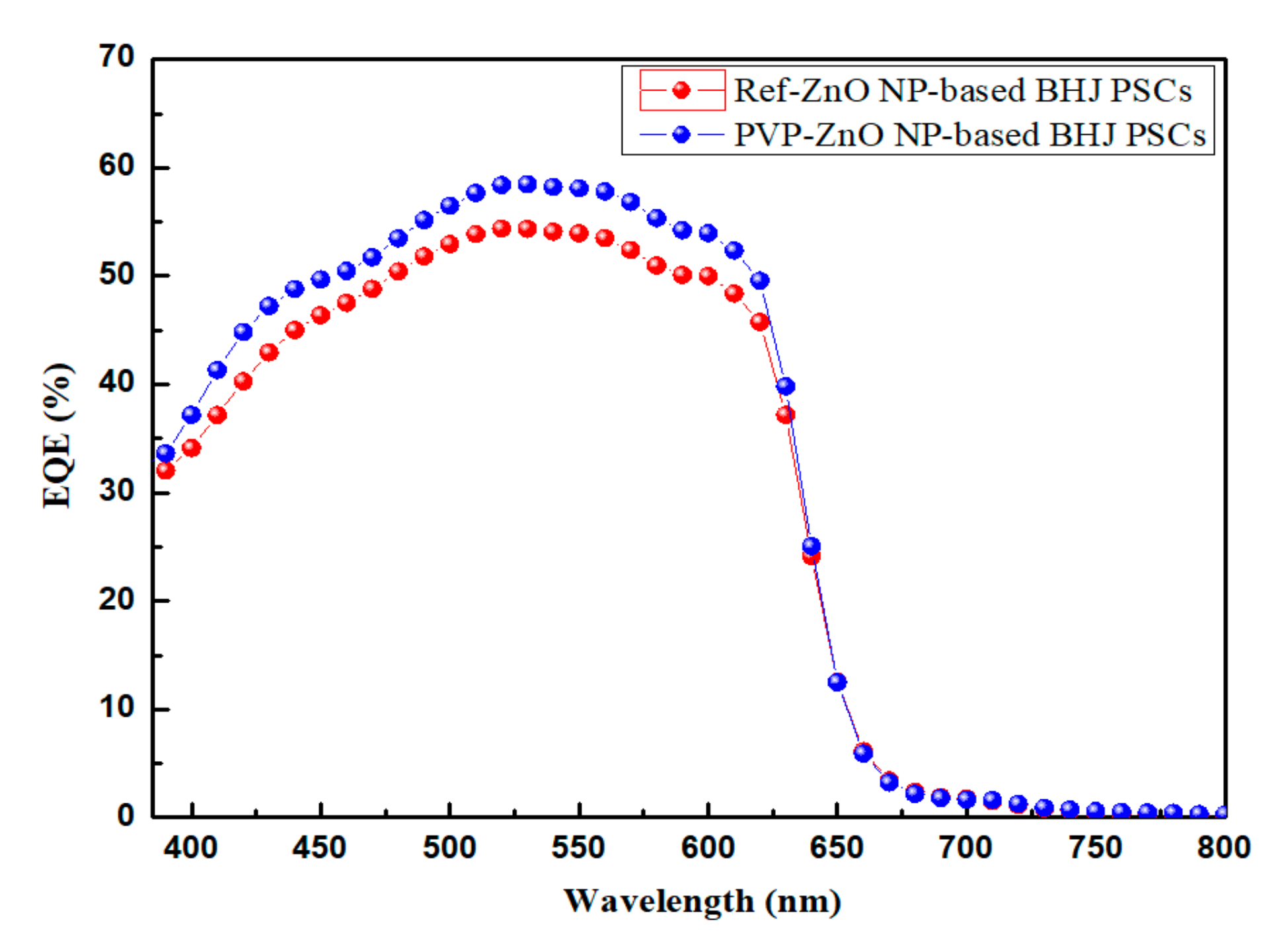