With the advancement of industrial modernization, noise pollution has become a worldwide problem affecting the quality of human life. Sound absorption and noise reduction have gradually evolved into a comprehensive subject related to high-tech applications, environmental protection fields, and human coordinated development. The performance and application of novel sound absorption and noise reduction materials have become the development goals of all countries in the world. Compared with traditional metal materials [1], polymer materials [2,3,4,5,6] especially polymer foams [7,8,9,10,11,12], have great advantages in the field of sound absorption due to their light weight and good processability. Sound waves can be greatly absorbed during propagation in foam structures through the internal reflection, refraction and dissipation of the sound waves in a cellular structure. It has been proved that foam structure is the determinant factor affecting the sound absorption efficiency [13]. However, it is difficult in most of the foam preparation methods to control the foam structure and foam density precisely of general polymers (PP, PE, polyolefin) except polystyrene (PS) [14].
PS foam is broadly used in building, transportation, refrigeration, insulation and shock absorbing materials, and occupied the second largest usage of foaming plastics in the market, because of its light weight, low thermal conductivity and good impact resistance [15]. In order to achieve the industrial production and commercial worth of PS foams with low density, low cost and environmental benign process, extrusion foaming by using supercritical CO2 (ScCO2) as a physical blowing agent has been identified as the most promising technology [16]. However, so far, there have been few reports about controllable cell structure of PS foam for its acoustic property.
In this paper, we demonstrate excellent sound absorption PS composite foams using ScCO2 assisted extrusion foaming process. Lignin, a bio-resource material [17,18,19], was employed to control the cell structure and morphology for the first time. The variable foam structure resulted in controllable reflection, dissipation and absorption of sound wave. For comparison, carbonaceous fillers (multiwall carbon nanotube and micro graphite) were invested in for the hetero-nucleation effect on PS foam and its sound absorption property.

Polystyrene (PS) was grade Total 5197 and obtained from the Total Petrochemicals (Houston, Texas, USA). Lignin, micro-graphite (mGr) and multiwall carbon nanotube (MWCNT) were used as the nucleation agent and sound absorption fillers: lignin (kraft lignin, Mw > 5000) was purchased from Aladdin Company (Shanghai, China). And mGr with an average plate diameter of 5 μm and thickness of 0.5 μm were purchased from Qingdao Yanhai Carbon Materials Inc. (Qingdao, China). MWCNT with average diameter of 15 nm and length of 2 μm was provided by Jiangsu Hengqiu Carbon Materials Inc. (Suzhou, China).
Prior to the extrusion foaming, MWCNT, mGr and lignin powders were dried in vacuum over night, and the compounding of PS/Lignin and PS/carbonaceous fillers was carried out using a twin-screw extruder (Leistritz ZSE-27, Nuernberg, German; L is for length and D is for diameter, L/D = 40:1; D = 27 mm) with the content of 10 wt% MWCNT, 10 wt% and 50 wt% lignin, respectively. Extrusion foaming of PS and PS composites was carried out in the same twin-screw extruder. The blowing agent CO2 was firstly cooled and pressurized in a Telydyne ISCO Model 500D (Lincoln, NE, USA) syringe pump, then pumped into the twin-screw extruder through a gas/liquid injection port located at L/D = 16 from the hopper of the extruder.

The dynamic thermal mechanical analysis was conducted using dynamic thermal mechanical analyzer (DMA, type Q-800, TA Instruments, New Castle, DE, USA). Samples were obtained by hot pressing. The sample size was cut to small plate with a scale of 30 × 10 × 2 mm3. The mode was single cantilever. The temperature range was from 40 to 150 °C. The heating rate and frequency were set to 3 °C/min and 1Hz, respectively.
Samples were cut into 5 × 5 cm2 square sample blocks and their thickness were measured after grinding. Three samples were made for each group and compressive strength test was carried out. Using Instron 5966, the compression test was carried out at the compression speed of 1.000 mm/min. The modulus of each sample was calculated at the pressure of 50% compression deformation. Finally, three groups of numerical average values were obtained.

Absorption was tested using a Bruel and Kjaer, four-microphone small standing wave tube [20] (Type: 4206-T, the length is 50 cm and the diameter is 29 cm). The effective sound wave was measured in the range from 500 to 6000 Hz at 25 °C. The thickness of all samples was 5 mm and the diameter was 29 cm. Three specimens were tested to calculate the average value.

The weight (m) of samples was measured by the electronic scales (FA1104N, Shanghai, China). The initial water volume (V0) and the volume (V) after the samples needled into the water were measured by the measuring cylinder. The density equals quality divided by the volume that was V minus V0. At least five specimens for each sample were tested and the average value was calculated.

After the foaming sample was placed in liquid nitrogen for 2 min, the chips were quickly broken and sprayed. The bubble distribution and the morphology of the brittle fracture surface were observed by scanning electron microscope. The SEM pictures obtained were processed and analyzed by Gatan Digital Micrograph software (Gatan, Pleasanton, CA, USA), and the average bubble size and cell density of the foams were obtained. The cell density (N0) is the number of cells per cubic centimeter and can be calculated by: where n is the number of the cells in a single SEM picture and the A is the area of the SEM picture. ρfoam is the foam density and ρunfoamed is the bulk density of PS composites. The average cell diameter (D) can be calculated by: where di is the diameter of each cell and ni is the number of cells with the diameter di in the SEM pictures.

Figure 1 shows TEM images of various PS composites taken by the freezing section method. It was obvious that lignin with low content (10 wt%) was well dispersed in the PS matrix, presenting globular agglomerates at the micron and submicron scales (Figure 1a). Considering the large content of aromatic structure in lignin skeleton, the lignin has excellent compatibility with the PS matrix [21]. With the increase of the lignin content, the size of lignin aggregations was gradually increased, and the composite sample with 50 wt% lignin content showed rich lignin-phase separation (Figure S1). Figure 1b,c depicted that both the MWCNT and the mGr particulates were well dispersed in the PS matrix at low concentration (1 wt%), illustrating the 1D or 2D orientation of the nanoparticles. The dispersion and the orientation of fillers strongly influenced the hetero-nucleation efficiency during the extrusion foaming process.
According to classical nucleation theory [22,23,24], the heterogeneous nucleation rate (Nhet) can be expressed as: where fhet is the frequency factor of gas molecules joining the nucleus, Chet is the concentration of heterogeneous nucleation sites, k is the Boltzmann’s constant, T is the temperature, and is the Gibbs free energy associated with the formation of a nucleus. is related to the interfacial tension (γ) and the difference (ΔP) between the pressure inside the critical nuclei and around the surrounding liquid as: where f(θ,ω) represents the corrected factor of heterogeneous nucleation, which is a function of the polymer-gas-particle contact angle (θ) and the relative curvature ω of the nucleate surface to the critical radius of the nucleated phase. Qualitatively, a small contact angle and a large surface curvature offer a higher reduction of critical energy, and consequently an increase in the nucleation rate [25].
We can obtain foamed boards (12 cm width × 1 cm thickness) by using the extrusion foaming with a slit die, which is expected to be easy for industrial and mass-scale production. The upper images in Figure 2 and Figure 3 illustrated that the cross section of various foams were relatively uniform and large foamed boards can be easily produced at the industrial scale. The cell morphology of the PS/lignin and PS/carbonaceous filler composite foams prepared by supercritical CO2 foaming is shown in Figure 2 and Figure 3, respectively. It is indicated that the these are closed porosity foams. For both lignin and carbonaceous nanoparticles (MWCNT and mGr), the cell size became smaller and the cell density became higher with increasing the content of fillers, which contributed to the hetero-nucleation effect. Figure 2 displays that the average cell diameter increased from 175 μm to 413 μm after adding 10% lignin. With the increase of lignin content, the average cell size decreased gradually from 414 to 141 μm, and the cell density increased from 1.14 × 105 to 1.34 × 106 cells/cm3. The cell size of the foam sample with 40 wt% lignin reduced greatly, due to the fact that the lignin domain is spherical so that the nucleation efficiency is not significant until the content and phase size of lignin are sufficient for hetero-nucleation effect. It is worth mentioning that the extrusion foaming process was still successful when lignin was added to the 50 wt% (Figure 2d), which has not been reported before. The advantage of using lignin as a hetero-nucleation agent is that it is a natural product and abundant resource obtainable at very low cost.
Meanwhile, the composite foams with MWCNT and mGr nanoparticles exhibited similar cell size (100~350 μm) and cell density (1.38 × 105~2.63 × 106 cells/cm3) as shown in Figure 3. Both MWCNT and mGr displayed excellent hetero-nucleation efficiency at low contents (0.5 wt%) due to their one-dimensional tubular and two-dimensional layered structure [26,27]. The carbonaceous fillers are CO2-philic and the gas bubble can be easily nucleated at the edge of nanoparticles, so the increase of filler content is attributed to higher nucleation and cell growth rate. The density of different PS composite foams is summarized in Table S1.

In summary, a series of PS composite foams were prepared by continuous extrusion foaming assisted by supercritical CO2. Lignin was successfully compounded in a PS matrix with high content and foamed with various cell structures on the basis of the hetero-nucleation effect. Compared with PS/MWCNT or PS/mGr composite foams, despite the hetero-nucleation effect of lignin being weaker than that of carbonaceous nanoparticles the PS/lignin composite foam exhibited variable sound absorption coefficients at normal incidence in ranges of much broader sound wave frequency. This is ascribed to the cell size and cell density being essential for reflection and dissipation of sound wave propagation. Moreover, lignin with high content tented to agglomerate and separate from the PS matrix, which could increase the energy loss of the sound wave. The compressive strength of PS composite foams was tested to confirm the dispersion of lignin and carbonaceous particles in the PS matrix. The lignin also showed a fire-retardant effect in the PS composite foam. In view of the need for industrial polymer foams for sound absorption applications, lignin is an alternative option for producing low-cost and environmentally benign polymer foams. 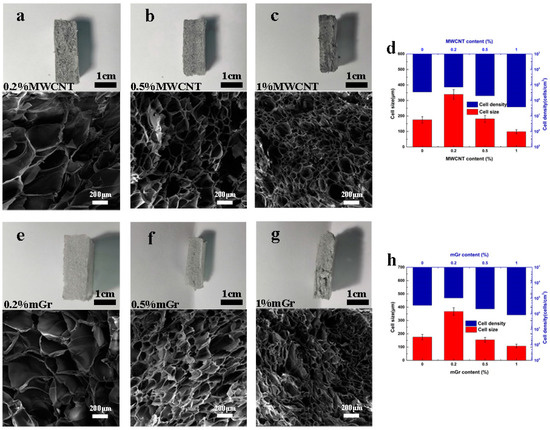 Table 1. The decomposition temperature of PS composite foams.
Table 1. The decomposition temperature of PS composite foams.
© 2019 by the authors. Licensee MDPI, Basel, Switzerland. This article is an open access article distributed under the terms and conditions of the Creative Commons Attribution (CC BY) license (http://creativecommons.org/licenses/by/4.0/).
We use cookies on our website to ensure you get the best experience. Read more about our cookies here.
Accept
We have just recently launched a new version of our website. Help us to further improve by taking part in this short 5 minute survey here. here.
Never show this again