Ag/CeO2 Composites for Catalytic Abatement of CO, Soot and VOCs

Nowadays catalytic technologies are widely used to purify indoor and outdoor air from harmful compounds. Recently, Ag–CeO2 composites have found various applications in catalysis due to distinctive physical-chemical properties and relatively low costs as compared to those based on other noble metals. Currently, metal–support interaction is considered the key factor that determines high catalytic performance of silver–ceria composites. Despite thorough investigations, several questions remain debating. Among such issues, there are (1) morphology and size effects of both Ag and CeO2 particles, including their defective structure, (2) chemical and charge state of silver, (3) charge transfer between silver and ceria, (4) role of oxygen vacancies, (5) reducibility of support and the catalyst on the basis thereof. In this review, we consider recent advances and trends on the role of silver–ceria interactions in catalytic performance of Ag/CeO2 composites in low-temperature CO oxidation, soot oxidation, and volatile organic compounds (VOCs) abatement. Promising photo- and electrocatalytic applications of Ag/CeO2 composites are also discussed. View Full-Text
Keywords: silver–ceria; metal–support interaction; CO oxidation; soot oxidation; VOCs abatement silver–ceria; metal–support interaction; CO oxidation; soot oxidation; VOCs abatement
►▼ Show Figures 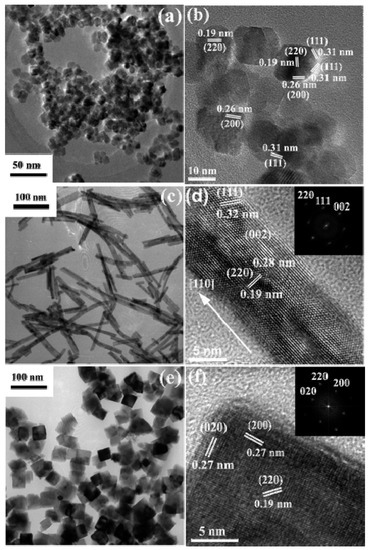