The incidence of colorectal cancer (CRC) has been increasing in recent years, and the gut microbiota is nowadays considered to be involved in the progression of CRC. Recent studies have investigated the involvement of the oral microbiota in CRC development using saliva and stool samples. However, the details regarding how oral bacteria alter the gut microbiota and affect CRC carcinogenesis remain unclear. In the present study, we identified four bacterial species that may affect the carcinogenesis and progression of CRC. These microorganisms may be potential biomarkers in saliva for diagnosing CRC. 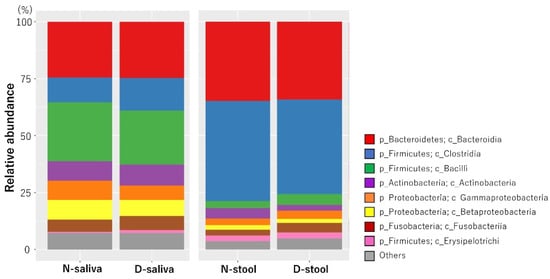