Risk stratification using genetic testing to identify women at increased risk of ovarian cancer may increase the number of patients to whom risk-reducing surgery (e.g., salpingo-oophorectomy) may be offered. However, little is known about public acceptability of such approaches. Our online experimental survey aimed to explore whether women aged 45–75 in the general population are willing to undergo ovarian cancer risk assessment, including genetic testing, and whether women’s potential acceptance of risk-reducing surgery differs depending on their estimated risk. We looked at whether psychological and cognitive factors mediated women’s decision-making. The majority of participants would be interested in having genetic testing. In response to our hypothetical scenarios, a substantial proportion of participants were open to the idea of surgery to reduce risk of ovarian cancer, even if their absolute lifetime risk is only increased from 2% to 5 or 10%.

Risk stratification using genetic and/or other types of information could identify women at increased ovarian cancer risk. The aim of this study was to examine women’s potential reactions to ovarian cancer risk stratification. A total of 1017 women aged 45–75 years took part in an online experimental survey. Women were randomly assigned to one of three experimental conditions describing hypothetical personal results from ovarian cancer risk stratification, and asked to imagine they had received one of three results: (a) 5% lifetime risk due to single nucleotide polymorphisms (SNPs) and lifestyle factors; (b) 10% lifetime risk due to SNPs and lifestyle factors; (c) 10% lifetime risk due to a single rare mutation in a gene. Results: 83% of women indicated interest in having ovarian cancer risk assessment. After receiving their hypothetical risk estimates, 29% of women stated they would have risk-reducing surgery. Choosing risk-reducing surgery over other behavioural responses was associated with having higher surgery self-efficacy and perceived response-efficacy, but not with perceptions of disease threat, i.e., perceived risk or severity, or with experimental condition. A substantial proportion of women age 45–75 years may be open to the idea of surgery to reduce risk of ovarian cancer, even if their absolute lifetime risk is only increased to as little as 5 or 10%.
Keywords: risk stratification; genomics; questionnaires; attitudes risk stratification; genomics; questionnaires; attitudes

Table 1 provides an overview of the participant characteristics. Age ranged from 45 to 75 years with a mean of 57.50 (SD = 8.13). The majority were White (95.6%) with 3.8% from other ethnic backgrounds. Educational attainment was fairly evenly split between General Certificate of Secondary Education (GCSE) or equivalent (34.6%), A levels or equivalent (23.8%), and undergraduate degree or equivalent (24.1%). The majority (85.2%) of women were either perimenopausal (beginning menopause) or post-menopausal. See Figure 1 for the Consolidated Standards of Reporting Trials (CONSORT) flow diagram of participants throughout the study.

Overall, 83.2% of women indicated they would “yes definitely” (38.0%) or “yes probably” (45.2%) have an ovarian cancer risk assessment if it was offered to them by their general practitioner (GP) on the National Health Service (NHS) (see Table 1 and Figure 2).

2.6. Intention to Have Risk-Reducing Surgery (RRSO) versus Other Risk-Management Options

A binary logistic regression was conducted to investigate what factors were associated with hypothetical intention to have risk-reducing surgery vs. other behavioural options. Independent variables included in the model were age, ethnicity, educational attainment, previous breast and cervical screening participation, experimental group and EPPM variables (perceived risk, perceived severity, self-efficacy, perceived response-efficacy). In unadjusted analyses, women reporting higher perceived risk of ovarian cancer and higher perceived severity of ovarian cancer (i.e., the perceived threat variables), and higher surgery self-efficacy and perceived response-efficacy (i.e., variables relating to perceptions of the risk-reducing behaviour) were more likely than other women to opt for risk-reducing surgery. In the multivariable model, perceived response-efficacy (odds ratio (OR) = 2.22; 95% confidence interval (CI): 1.64–3.00) and self-efficacy (OR = 1.90; 95% CI: 1.63–2.22) remained significantly associated, whereas the perceived threat variables were no longer significantly associated, with choosing risk-reducing surgery over other behavioural options. None of the measured socio-demographic or health-related factors were significantly associated with intention to have surgery (see Table 2).

Participants (n = 1017) were women aged 45–75 years recruited via online survey company Survey Sampling International (SSI) in July 2017. An email containing a web link was sent to SSI panellists who fit the study criteria with respect to gender and age, inviting them to take part. The email did not contain information about the topic of the study. Those responding were directed to a short screening questionnaire. Eligible participants were then presented with a consent form. Incentive points, which can be exchanged for shopping vouchers, were awarded to SSI panellists for their time (equivalent to ~£0.50 for this 10 min study).
All participants were given information about ovarian cancer, including that on average around 2% of women will develop ovarian cancer in their lifetime; asked to imagine that they had had an ovarian cancer risk assessment via the NHS; and asked to imagine they had received a result indicating they were at increased risk of ovarian cancer (see Appendix A).
Women were randomly assigned to one of three experimental conditions using a software algorithm (See Figure 1). They were asked to imagine they had undergone an ovarian cancer risk assessment and had received this personalised risk estimate from their GP: (a) 5% ovarian cancer risk due to common genetic variants and lifestyle factors; (b) 10% ovarian cancer risk due to common genetic variants and lifestyle factors; or (c) 10% ovarian cancer risk due to a single rare variant in a cancer susceptibility gene such as BRCA2 (see Appendix B).
The study was approved by the University College London ethics committee (Project ID Number: 10251/001).

Eligible participants were women aged 45–75 years, with no previous history of breast or ovarian cancer diagnosis. Women who indicated they were unsure of, or had not completed childbearing, were excluded from analyses (n = 13).

All measures are shown in Appendix C.

Interest was assessed before exposure to the hypothetical test results, with the item, “If your GP offered you this ovarian cancer risk assessment on the NHS, would you take up the offer?” (adapted from [20]. Response options were “no, definitely not”; “no probably not”; “yes, probably” and “yes, definitely”. The information women read before answering the question explained that the risk assessment would involve providing lifestyle information as well as a blood sample for genetic testing (see Appendix A).

Perceived risk was measured using a single item, “If I had just received this personal ovarian cancer risk result, I would feel that my risk of developing ovarian cancer was” adapted from [54]. Responses for these questions were recorded on a 5-point Likert scale with response options ranging from “much lower than other women of my age” to “much higher than women of my age”. A higher score on the 5-point scale indicated greater perceived risk.

Perceived severity was measured using two questions adapted from [55]: “Developing ovarian cancer would have major consequences on my life” and “ovarian cancer is a serious condition” with five response options ranging from “strongly agree” to “strongly disagree”. A higher score on the (possible scores 1–5) scale indicated greater perceived severity.

One item, adapted from [56], assessed participants’ confidence in their ability to have risk-reducing surgery. Individuals were asked “How confident are you that you would go through with risk-reducing surgery if you were motivated to do so”. The response options ranged from “not at all confident” to “extremely confident”. A higher score on the scale indicated greater perceived self-efficacy.

For perceived response-efficacy of risk-reducing surgery, participants were asked to indicate how effective they felt risk-reducing surgery would be in lowering their ovarian cancer risk using a single item adapted from [56]: “Having surgery to remove your ovaries and fallopian tubes is an effective way to lower your risk of ovarian cancer”. The response options were “strongly agree” to “strongly disagree”. Items were reverse coded: a higher score on the (possible scores 1–5) scale indicated greater perceived response-efficacy.

To assess women’s potential behavioural reactions to their risk results, they were asked: “If I had just received this personal ovarian cancer risk result, I would choose to...”. The response options were: “have risk-reducing surgery to remove my ovaries”; “have surveillance such as regular ultrasound scans”; “make lifestyle changes”; “do nothing”; and “I am not sure what I would do”.

Information on demographics was collected from all participants including: age, ethnicity, educational attainment, relationship status, health characteristics, family history of cancer, personal history of cancer, menopause status, and breast and cervical screening attendance. Ethnicity (White vs. other ethnic group), menopause status (pre-menopausal vs. peri/post-menopause) and breast and cervical screening attendance (regular vs. irregular or not yet eligible) were dichotomised.

A power calculation based on the primary binary outcome, intention to have risk-reducing surgery, taking into account group comparisons of three groups, suggested a sample size of 782 was required (medium effect size, power of 90%, alpha of 0.05). All statistical analyses of the data were carried out using SPSS 24. Analyses of variance (ANOVAs) and chi-square tests were conducted to explore between-group differences. Logistic regression was used to explore predictors of willingness to have risk-reducing surgery (vs. other behavioural responses to the risk information). Unadjusted and adjusted models were examined to explore the predictive effect of the experimental group and psychological variables on intention to have surgery and address possible demographic and health-related covariates.

The findings of this study contribute to a growing body of risk stratification research exploring the potential usefulness and clinical utility of population-wide risk assessment incorporating genetic testing alongside other risk factors. The need for risk stratification is perhaps particularly urgent for diseases, such as ovarian cancer, where survival outcomes are poor and population-wide screening for the disease is not currently recommended. We provide initial evidence, suggesting that a substantial proportion of women aged 45 years and over are open to the idea of risk stratification and having surgery to reduce their risk of ovarian cancer in response to increased risk results, even if their absolute lifetime risk is only increased by a few percentage points in absolute terms. Our findings do not speak to other barriers that might prevent women’s behavioural intentions or preferences being translated into actions—barriers such as lack of timely access to healthcare services.

The fieldwork for this study was funded by Cancer Research UK as part of a programme grant awarded to Professor Jane Wardle.

We are grateful to the women who took part in the study.

Ian Jacobs is a Director and shareholder in Abcodia, Ltd., a company focused on biomarkers for early detection of cancer. He is a co-inventor of the Risk of Ovarian Cancer Algorithm, which has been licensed to Abcodia by Massachusetts General Hospital, and has a right to a royalty stream. The other authors declare no conflict of interest. The funders had no role in the design of the study; in the collection, analyses, or interpretation of data; in the writing of the manuscript, or in the decision to publish the results.

Q1. If your GP offered you this ovarian cancer risk assessment on the NHS, would you take up the offer?
Q2. How likely do you think you are to develop ovarian cancer in your lifetime?

Q3. If I had just received this personal ovarian cancer risk result, I would choose to…

(a)
…have risk-reducing surgery to remove my ovaries.
(b)
…have surveillance such as regular ultrasound scans.
(c)
…make lifestyle changes.
(d)
…do nothing.
(e)
…I am not sure what I would choose.

(Please select one option only)

Q7. There is little that can be done to prevent ovarian cancer.

Q8. Having surgery to remove your ovaries and fallopian tubes is an effective way to lower your risk of ovarian cancer.

Q9. Regular screening through transvaginal ultrasound is an effective way to lower your risk of ovarian cancer.

Q10. Developing ovarian cancer would have major consequences on my life

Q12. How confident are you that you could go through with having risk-reducing surgery if you were motivated to do so? 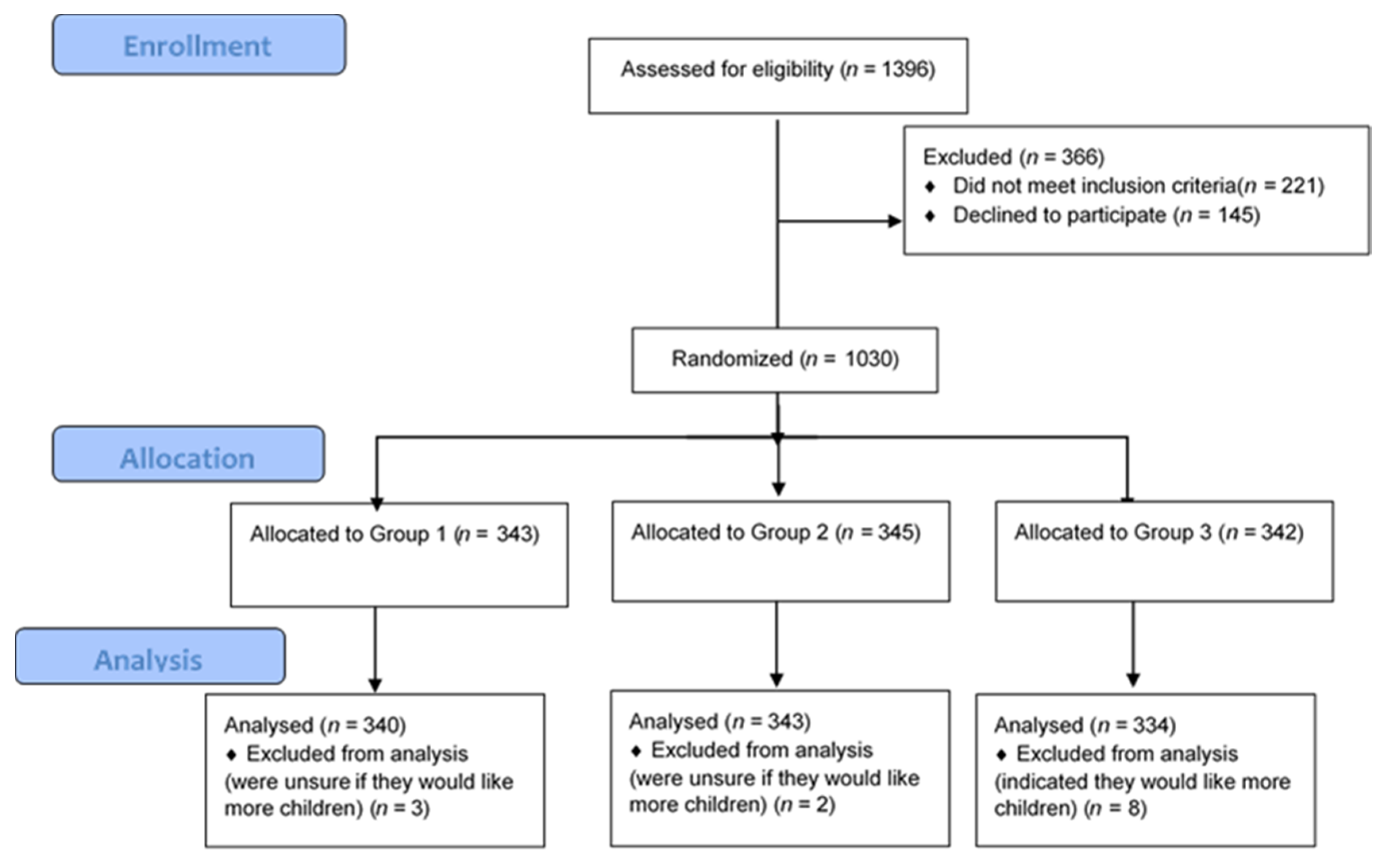