Integrative Analysis of Cell Crosstalk within Follicular Lymphoma Cell Niche: Towards a Definition of the FL Supportive Synapse
Previous Article in Journal

Copper Complexes as Anticancer Agents Targeting Topoisomerases I and II

Characterization of a PERK Kinase Inhibitor with Anti-Myeloma Activity

Multiple myeloma is a bone marrow cancer that represents a severe health threat. The drugs used nowadays in chemotherapy often encounter resistance leading to a dramatic loss of their efficacy, which consequently affects patients’ survival. Previous studies have shown that the protein kinase R (PKR)-like ER kinase (PERK) pathway, which is one of the three branches of the unfolded protein response, is highly activated in multiple myeloma, possibly contributing to the chemotherapy resistance that these patients develop. In this study, we have used the compound GSK2606414, which is a PERK inhibitor, and found that myeloma cells are highly sensitive to this molecule. These effects were more pronounced when the inhibitor was used in combination with an anti-myeloma drug such as the proteasome inhibitor bortezomib, suggesting that the PERK pathway could be a potential therapeutic target for the treatment of multiple myeloma patients. 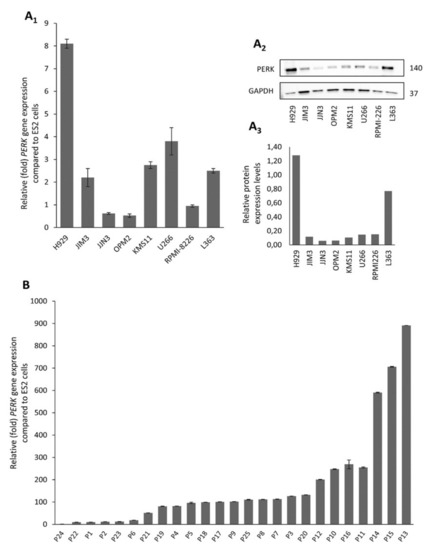