Cancer-Associated Thrombosis: An Overview of Mechanisms, Risk Factors, and Treatment

Impacts of Cancer on Platelet Production, Activation and Education and Mechanisms of Cancer-Associated Thrombosis 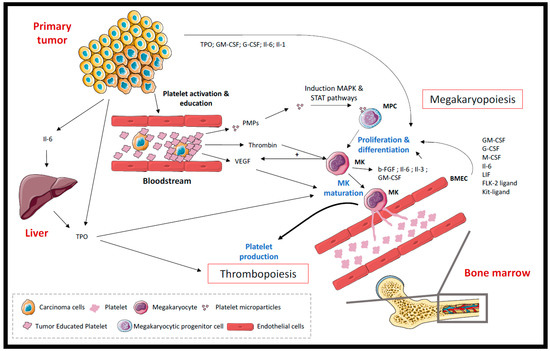