3D printing has lately received considerable critical attention for the fast fabrication of 3D structures to be utilized in various industrial applications. This study aimed to fabricate a micro beam with digital light processing (DLP) based 3D printing technology. Compound technology and essential coefficients of the 3D printing operation were applied. To observe the success of the DLP method, it was compared with another fabrication method, called projection micro-stereolithography (PμSL). Evaluation experiments showed that the 3D printer could print materials with smaller than 86.7 µm dimension properties. The micro beam that moves in one direction (y-axis) was designed using the determined criteria. Though the same design was used for the DLP and PμSL methods, the supporting structures were not manufactured with PμSL. The micro beam was fabricated by removing the supports from the original design in PμSL. Though 3 μm diameter supports could be produced with the DLP, it was not possible to fabricate them with PμSL. Besides, DLP was found to be better than PμSL for the fabrication of complex, non-symmetric support structures. The presented results in this study demonstrate the efficiency of 3D printing technology and the simplicity of manufacturing a micro beam using the DLP method with speed and high sensitivity. View Full-Text
Keywords: digital light processing; projection micro-stereolithography; 3D printing; micro beam; fabrication digital light processing; projection micro-stereolithography; 3D printing; micro beam; fabrication
►▼ Show Figures 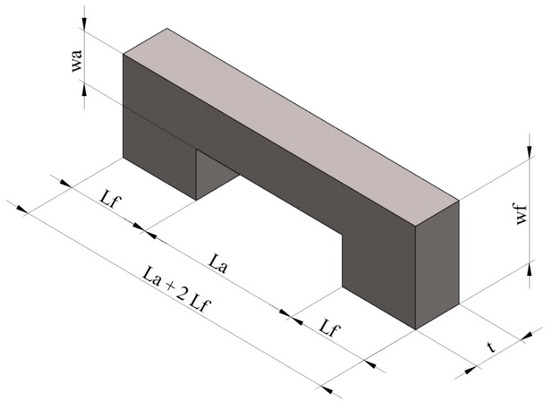