In order to test the performance of the vibration energy harvester designed in this paper, two motion platforms were designed to test the experimental prototype.
The first was a single dimension vibration test platform, as shown in Figure 5a, which was composed of a shaker (ZJ-2A, Shanghai Zhurui CO., Shanghai, China), a driver (GF-20W, Shanghai Zhurui CO., Shanghai, China) and a function signal generator (DG3121A, RIGOL CO., Beijing, China). It can simulate a single dimension excitation vibration. Different vibration conditions can be simulated by controlling its vibration amplitude and frequency. By changing different frequency and amplitude, the motion state of the energy harvester under different excitation conditions was obtained and the results under different experimental conditions were obtained.
The second test platform was a swing device for simulating the swing of human arm, as shown in Figure 5b. It is a swing device composed of a stepper motor and a driver, which can simulate the low frequency and large swing characteristics of human arm. It can simulate different motion conditions by controlling its swing amplitude and speed. By changing different acceleration, frequency and swing amplitude, the motion state of the energy harvester under different motion conditions can be obtained and the results under different experimental conditions can be obtained.
The excitation source used in the test was a sinusoidal acceleration signal, the acceleration amplitude was 0.8 g and the excitation frequency was 4.8 Hz. The resistance range used in the test was 1.3 Ω–3.2 MΩ, in which the maximum power output matching resistance of piezoelectric was about 100 KΩ and the maximum power output resistance of coil is 80 Ω.

In many cases, the vibration is weak and the direction of vibration is single. The test device is the single dimension vibration test platform as shown in Figure 5a. Under this excitation condition, only the permanent magnets at positions 2 and 3 can repeatedly excite the piezoelectric cantilever beam. The vibration frequency is 2.5 Hz. The measured voltage waveform is shown in Figure 10. In this case, the cantilever has been in the state of repeated excitation and there is a large amplitude vibration when the permanent magnet passing by and there is a low amplitude vibration when there is no permanent magnet passing by.
In this case, the design of interface circuit is more critical. By harvesting the energy of weak vibration, the conversion efficiency of the whole vibration energy can be improved.

At present, there are various kinds of energy harvesters and some novel structures are selected for comparison and discussion. The main characteristics are shown in Table 1. In the structure of Reference [21], printed circuit board (PCB) coil is used to cut the magnetic field line of permanent magnet to generate electricity. It can harvest the energy of the human swing motion process but the energy it harvests is relatively low. In Reference [27], a new kind of vibration energy harvester which combines magnetostrictive material and piezoelectric material is used but it can only harvest single direction vibration and the power density provided in the paper only considers the volume of magnetoelectric laminate composites (MLCs). In Reference [11], the piezoelectric cantilever is excited by permanent magnet but it can only harvest the energy of rotation excitation and the harvesting energy power is low. Compared with the structures proposed in these papers, the harvester in the current paper used four permanent magnets to continuously excite the cantilever beams, which can produce continuous vibration with large amplitude. Four cantilever beams were used to harvest vibration energy in multiple directions. With the coupling of electromagnetic and piezoelectric, more vibration energy can be extracted when the appropriate interface circuit is selected. 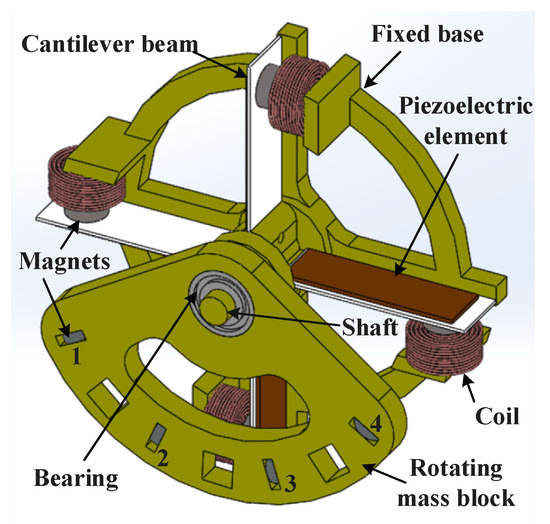 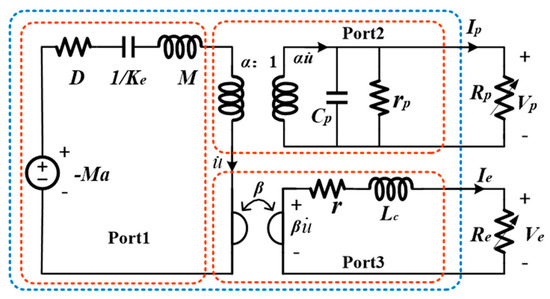 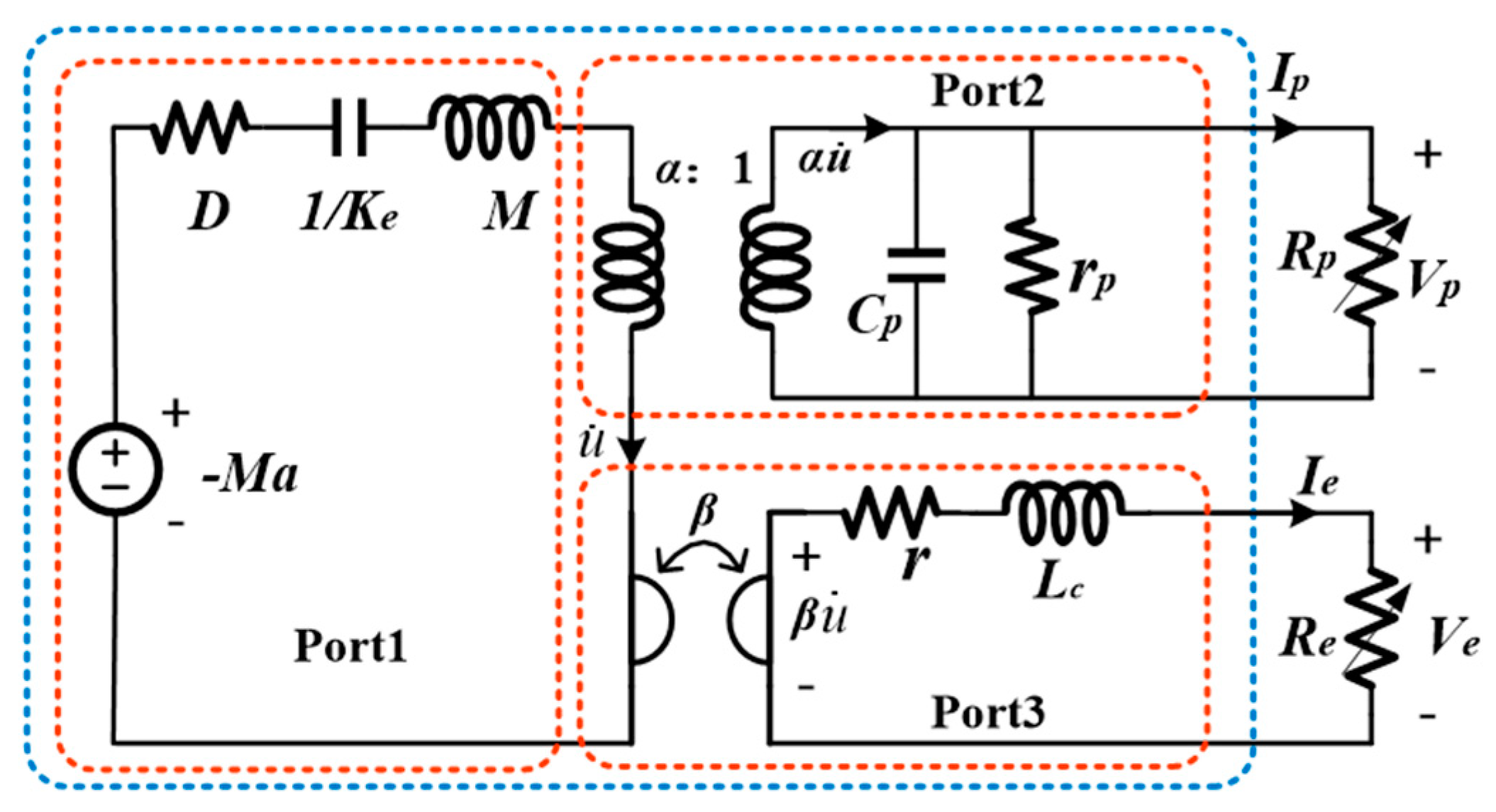 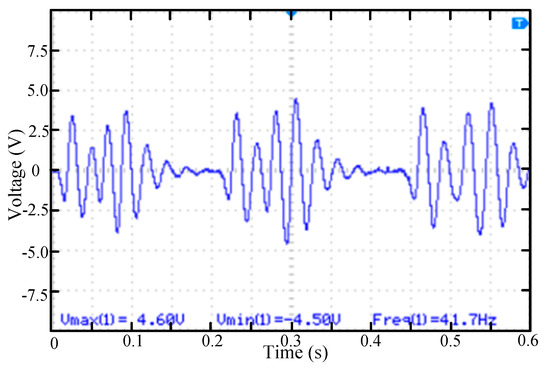 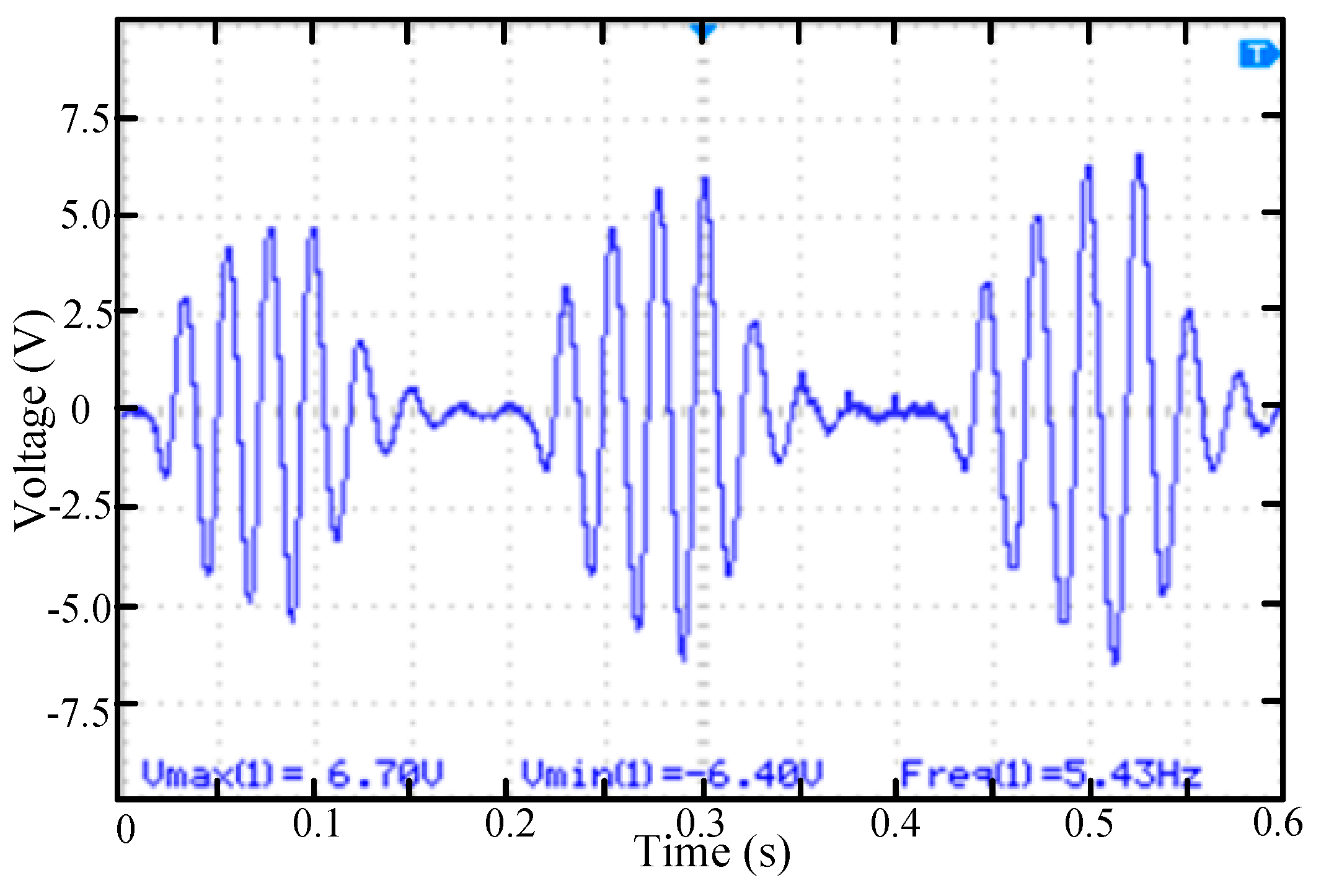 Table 1. Comparison of several vibration energy collection structures.
Table 1. Comparison of several vibration energy collection structures.
1 The result is based on the information provided.
© 2020 by the authors. Licensee MDPI, Basel, Switzerland. This article is an open access article distributed under the terms and conditions of the Creative Commons Attribution (CC BY) license (http://creativecommons.org/licenses/by/4.0/).
We use cookies on our website to ensure you get the best experience. Read more about our cookies here.
Accept
We have just recently launched a new version of our website. Help us to further improve by taking part in this short 5 minute survey here. here.
Never show this again