A Continuous Flow-through Microfluidic Device for Electrical Lysis of Cells

The dual-mass MEMS gyroscope monitoring system contains a drive closed-loop and sense closed-loop, and the system schematic is shown in Figure 3. In the drive loop (blue color in Figure 3), drive mode displacement x(t) is detected by drive sense combs and processed by differential amplifier. Then, the KPXs module delays the signal phase to 90° to satisfy the phase requirement of the AC drive signal Vdacsin(ωdt). After that, the full-wave rectifier and a low-pass filter pick up the amplitude of Vdacsin(ωdt). Additionally, Vdac is compared with the reference voltage Vref by a comparer. Next, a drive closed-loop proportional-integral (PI) controller generates the control signal, which is modulated by Vdacsin(ωdt), and then the signal is superposed by VDC to stimulate the drive mode.
The sense closed loop (magenta color in Figure 3) employs the same interface as the drive loop circuit. Firstly, the left and right sense frame movement signals are detected separately with differential detection amplifiers, and the output signals are processed by a second differential amplifier to form the sense mode movement signal Vstotal. Then, Vstotal is demodulated by signal Vdacsin(ωdt), and a demodulated signal Vdem is generated. After that, Vdem passes through the two-order low-pass filter and forms the sense feedback signal, and it is first sent in FFn to calculate the control signal. Then, the signal is modulated with Vdacsin(ωdt) to form the AC feedback signal. Finally, DC voltage Vfdc is superposed with the AC feedback signal to generate the feedback signal. The output level of the low-pass filter FLPFf is configured to decrease the output noise of the gyroscope.

The dual-mass MEMS gyroscope drive mode closed-loop controlling system employs self-oscillation technology, and the controller is based on automatic gain control (AGC) technology. The control system is shown in Figure 4. The system working state is analyzed as follows [19]:
The drive force Fdxsin(ωdt) generated by electrostatic force can be expressed as where Cd is the capacitance formed by drive combs on one side. By inputting Equations (4) to (1), and expanding Vac, in according to Figure 4, we obtain
The drive mode speed and acceleration can be expressed as
Substituting Equations (2) and (6) into (5), we then obtain
Then, applying the average method, considering the average value in one period (T = 2π/ωd) of Equations (5) and (7), we obtain
Thus,
Let the right side of Equation (9) be equal to zero; we then obtain
Thus, the system has only one stable working condition, and the drive mode amplitude is controlled as per Equation (10), and Vcom will be the parameter used to control the drive mode amplitude.

The dual-mass MEMS gyroscope sense closed-loop system schematic is shown in Figure 5.
In Figure 5, it can be seen that the sense real working mode is the superposition of the sense in-phase mode and sense anti-phase mode, which has been already researched in our previous paper [20]. Kyc and Kpre are displaced to the capacitance transform function and pre-amplifier; Kamp is the second differential amplifier; FLPF1 is the second-order low-pass filter; FFn is the controller; KFBy is the voltage–force interface transform coefficient of the force-rebalanced combs; Kinphase and Kinverse are the displaced-voltage transform parameters of the sensing in-phase and anti-phase modes; and Kinverse ≈ 33·Kinphase, mc ≈ my. Thus, we obtain the following equations:
After a series of transformations and calculations, the relationship between Vbin and Ωz (the scale factor expression of the MEMS gyroscope sense closed-loop system) can be expressed as where GsE is the gyroscope sense mode transform equation and can be expressed as
FFn is designed to satisfy the following equation:
Additionally, we obtain the following equation from Equation (12):
Then, substituting Equation (10) into (13), the MEMS gyroscope scale factor can be obtained:
So, the scale factor can be determined by Vcom.

In this study, the MEMS gyroscope temperature compensation method is investigated by using drive mode vibration characteristic compensation. The gyroscope working principle including drive mode and sense mode loops are analyzed, and the drive loop amplitude controlling voltage reference is set as the compensation point. Based on this, the scale factor temperature compensation circuit is designed and simulated. Then, the output level of the sense loop is investigated, and the temperature bias compensation circuit is designed and simulated. After that, temperature experiments are arranged, and the results show that, using the method proposed in this paper, the variation of the scale factor improves from 3.680% to 1.577% with a temperature range from −40 °C to 60 °C (enhanced by 57.14%). Furthermore, the bias variation improves from 3.880% to 1.930% (enhanced by 52.25%). The bias stability and angular rate walking parameter are also optimized (45.97% and 16.08%) in the benefit of the scale factor improvement. The experiment results verify the method proposed in this paper.

H.C. and M.C. designed and simulated the circuit; Y.H. and W.W. performed the experiments; M.C. wrote the paper.

This work is supported by Shanxi Province Science Foundation for Youths (No. 201801D221199), the Open Fund of State Key Laboratory of Deep Buried Target Damage (No. DXMBJJ2018-07), National Natural Science Foundation of China (No. 51705477), and Pre-Research Field Foundation of Equipment Development Department of China No. 61405170104. The research is also supported by program for the Top Young Academic Leaders of Higher Learning Institutions of Shanxi, Fund Program for the Scientific Activities of Selected Returned Overseas Professionals in Shanxi Province, Young Academic Leaders of North University of China (No. QX201809). 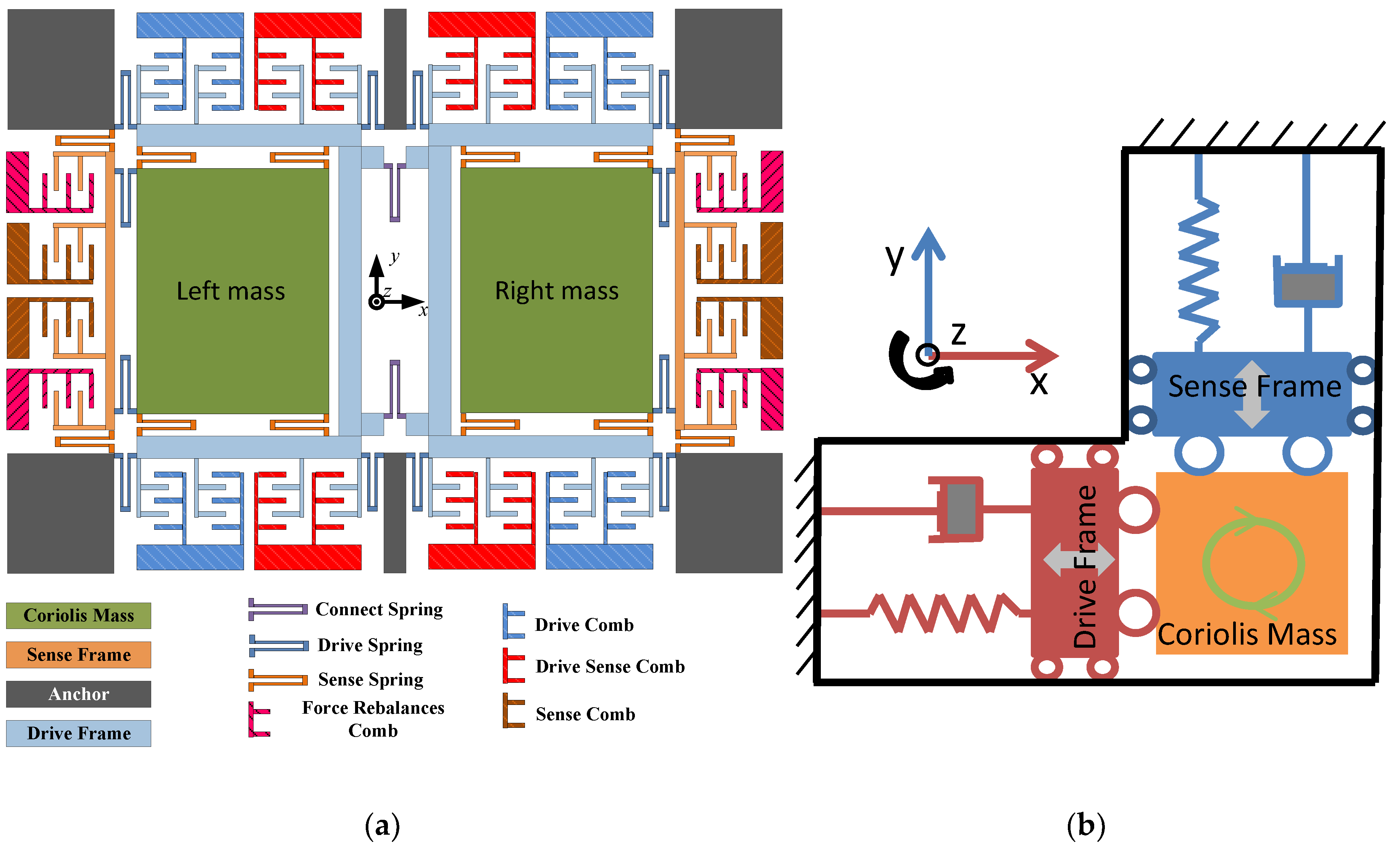 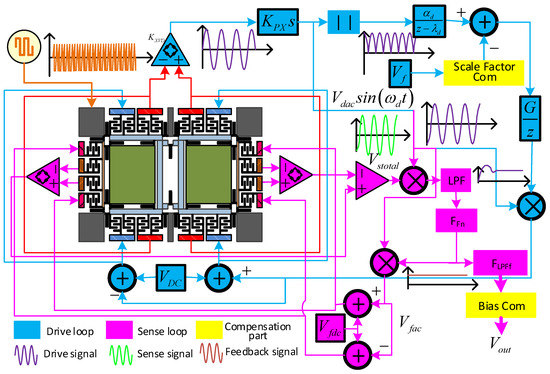 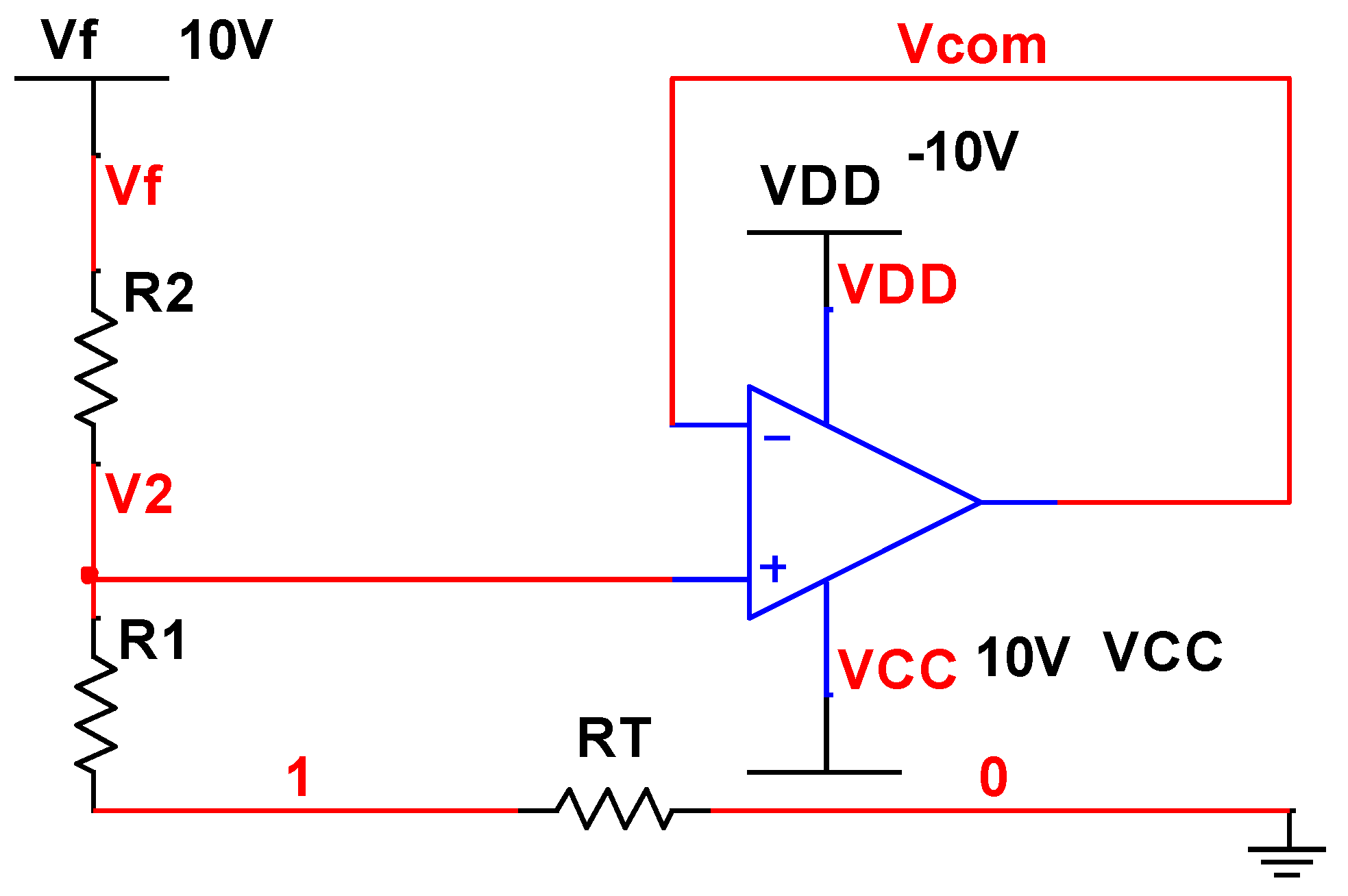 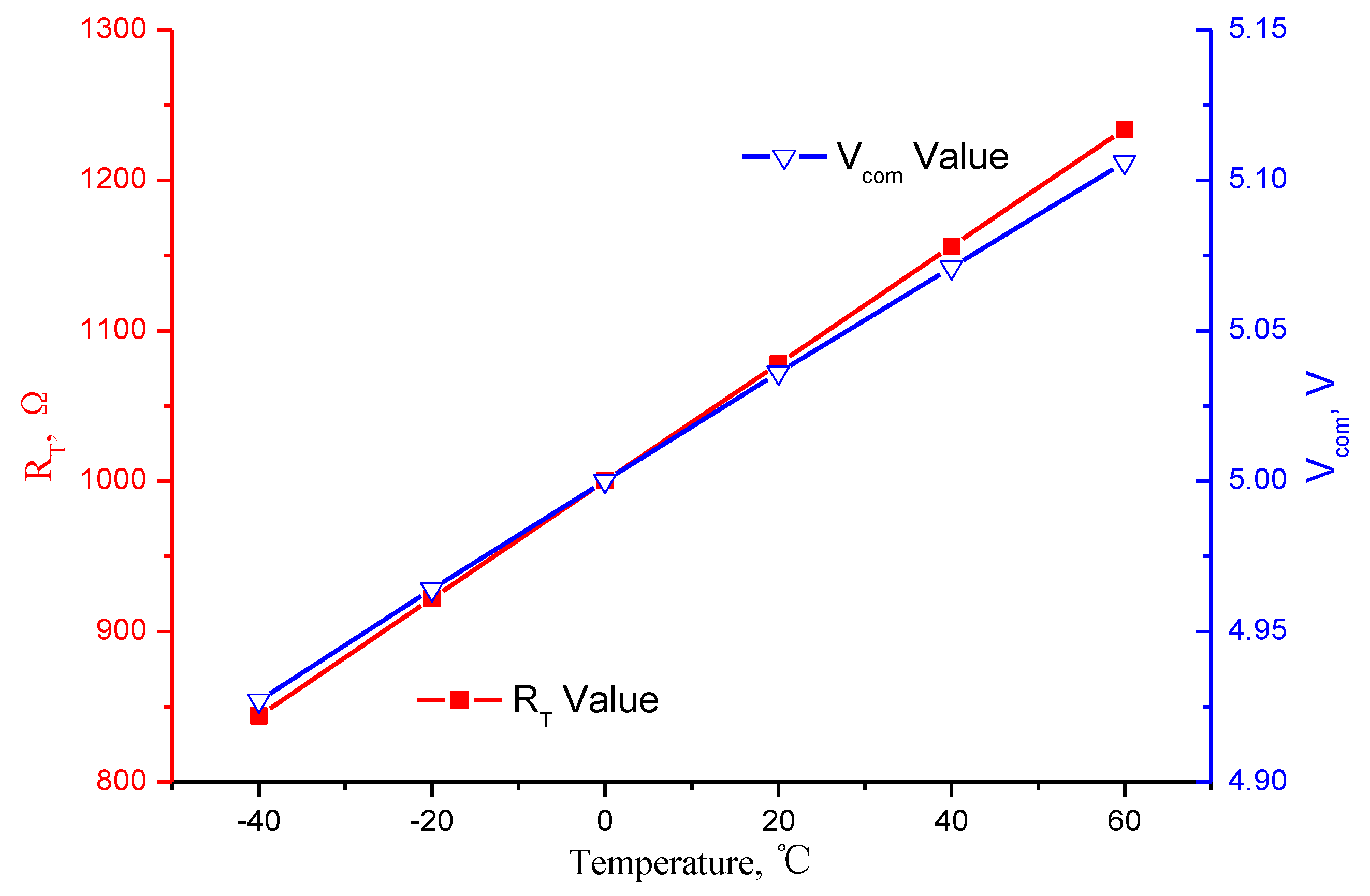 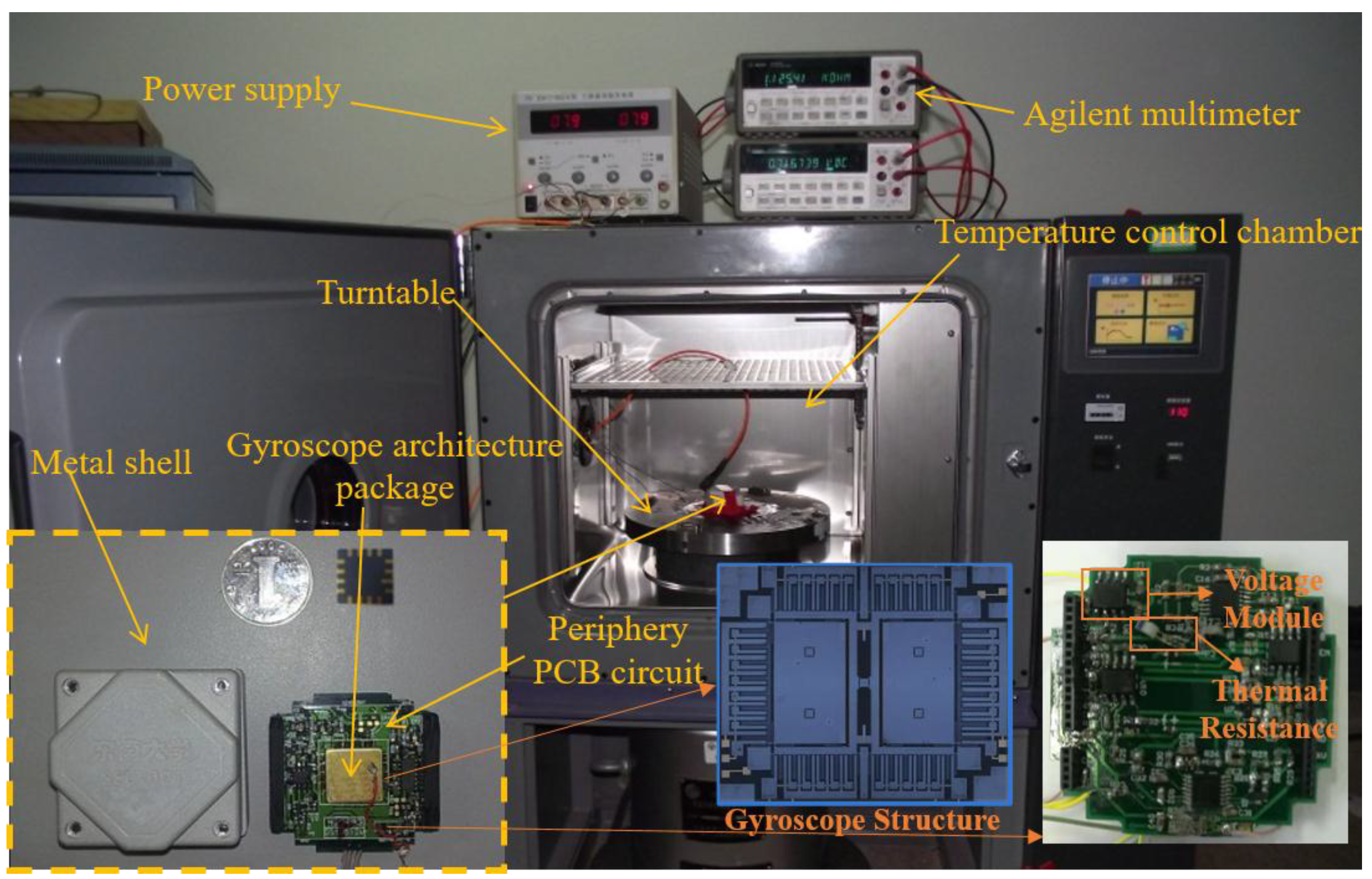 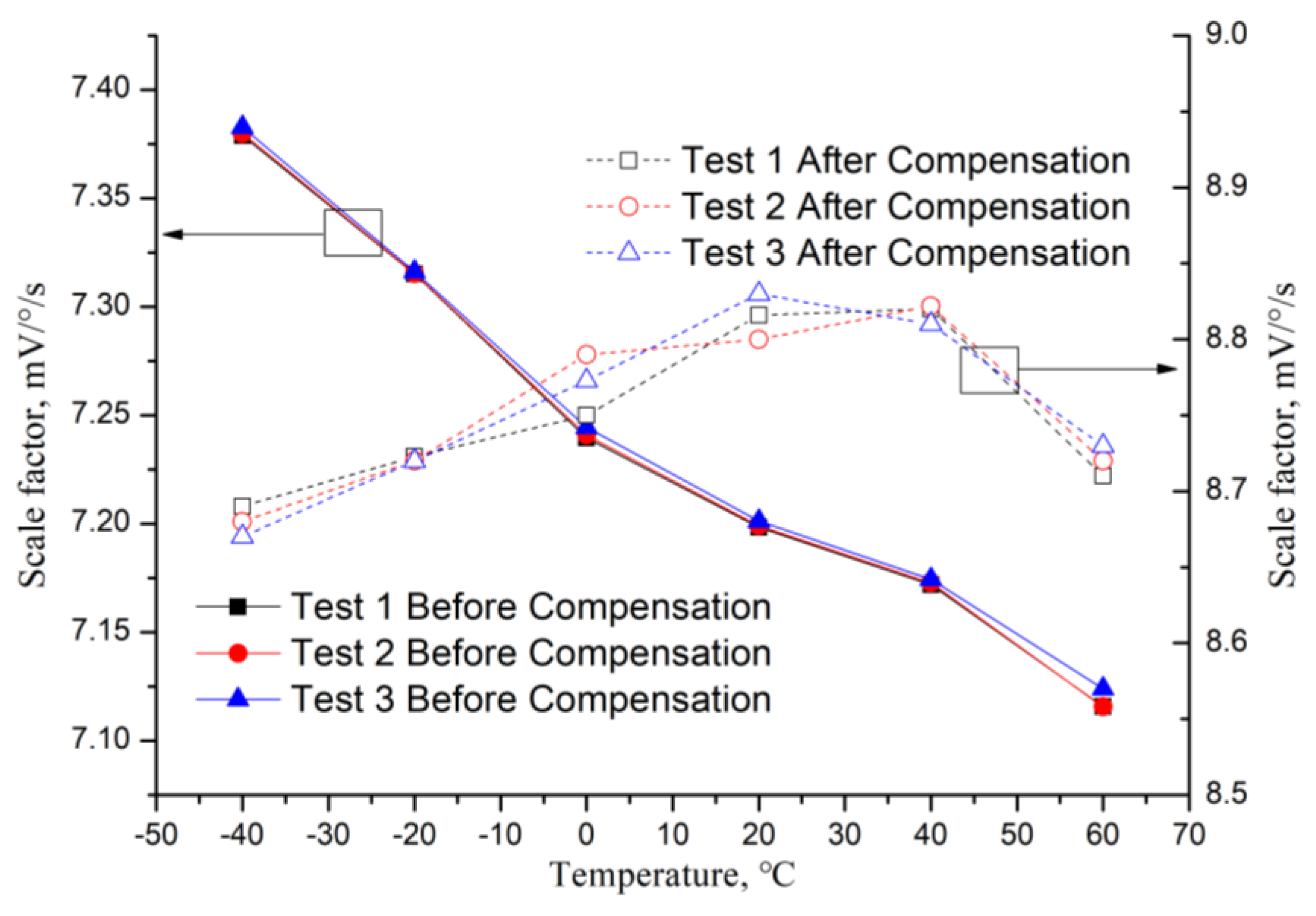 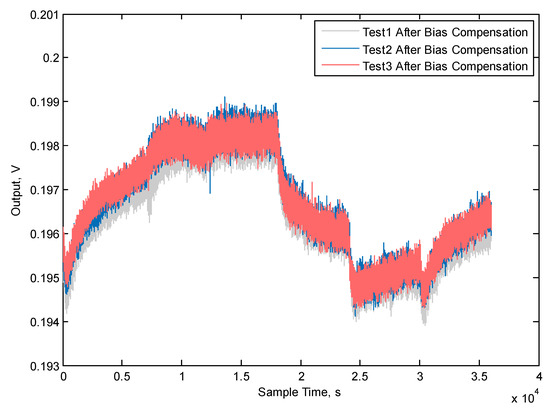 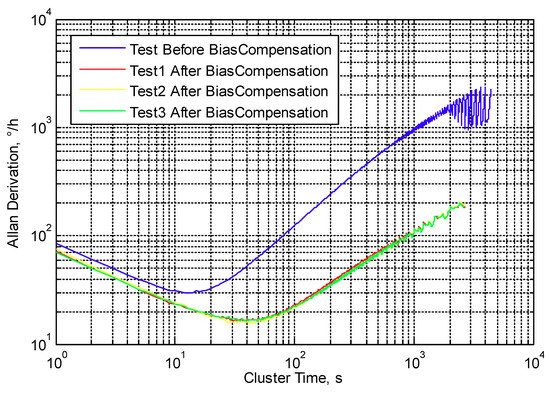 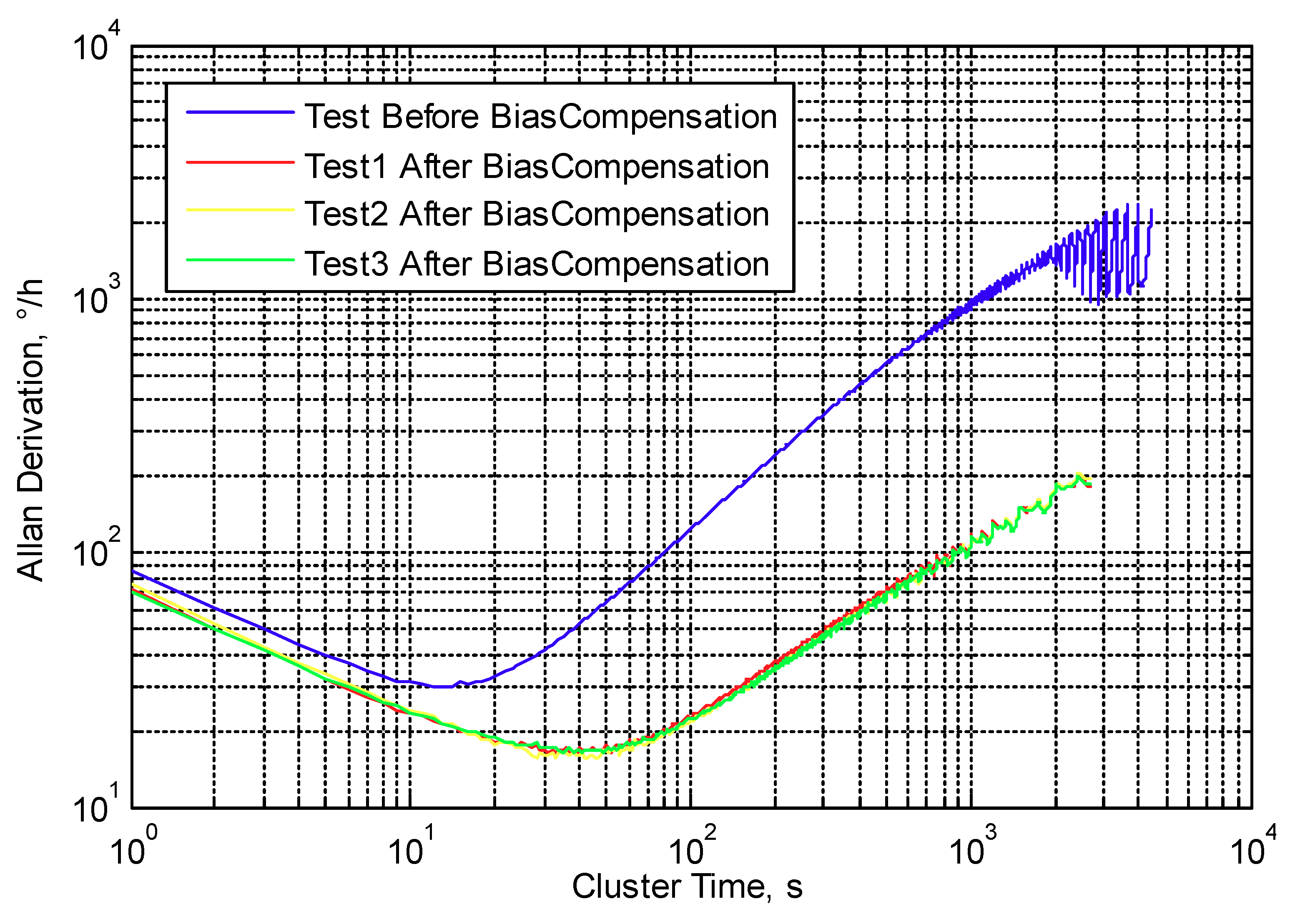 Table 6. MEMS gyroscope temperature compensation test result.
Table 6. MEMS gyroscope temperature compensation test result.
© 2019 by the authors. Licensee MDPI, Basel, Switzerland. This article is an open access article distributed under the terms and conditions of the Creative Commons Attribution (CC BY) license (http://creativecommons.org/licenses/by/4.0/).
We use cookies on our website to ensure you get the best experience. Read more about our cookies here.
Accept
We have just recently launched a new version of our website. Help us to further improve by taking part in this short 5 minute survey here. here.
Never show this again