Comments on Environmental and Sanitary Aspects of the Scorpionism by Tityus trivittatus in Buenos Aires City, Argentina

Deaths by venomous animals are medical emergencies that can lead to death and thus constitute sanitary problems in some regions of the world. In the South of America, the accidents by these animals are a common sanitary problem especially in warm, tropical or subtropical regions, related with rural work in several countries. Argentina is located in the extreme South of South America and a minor part of the continental surface is in tropical or subtropical regions, where most of the accidents by venomous animals happen. However, in the big cities in the center and South of the country, with no relation to rural work, scorpionism, mostly due to the synanthropic and facultative parthenogenetic scorpion Tityus trivittatus, has become a sanitary problem in the last few decades. This scorpion is present in the biggest cities of Argentina and in the last decades has killed over 20 children in provinces of the center and north of the country, mostly in big cities. In addition, it seems that this species is growing and spreading in new regions of the cities. In this revision, some characteristics of this scorpion regarding its habitat, spreading in Buenos Aires city, combat measures and available treatments are discussed. View Full-Text
Keywords: Tityus trivittatus; scorpion; antivenom; environment; distribution Tityus trivittatus; scorpion; antivenom; environment; distribution
►▼ Show Figures 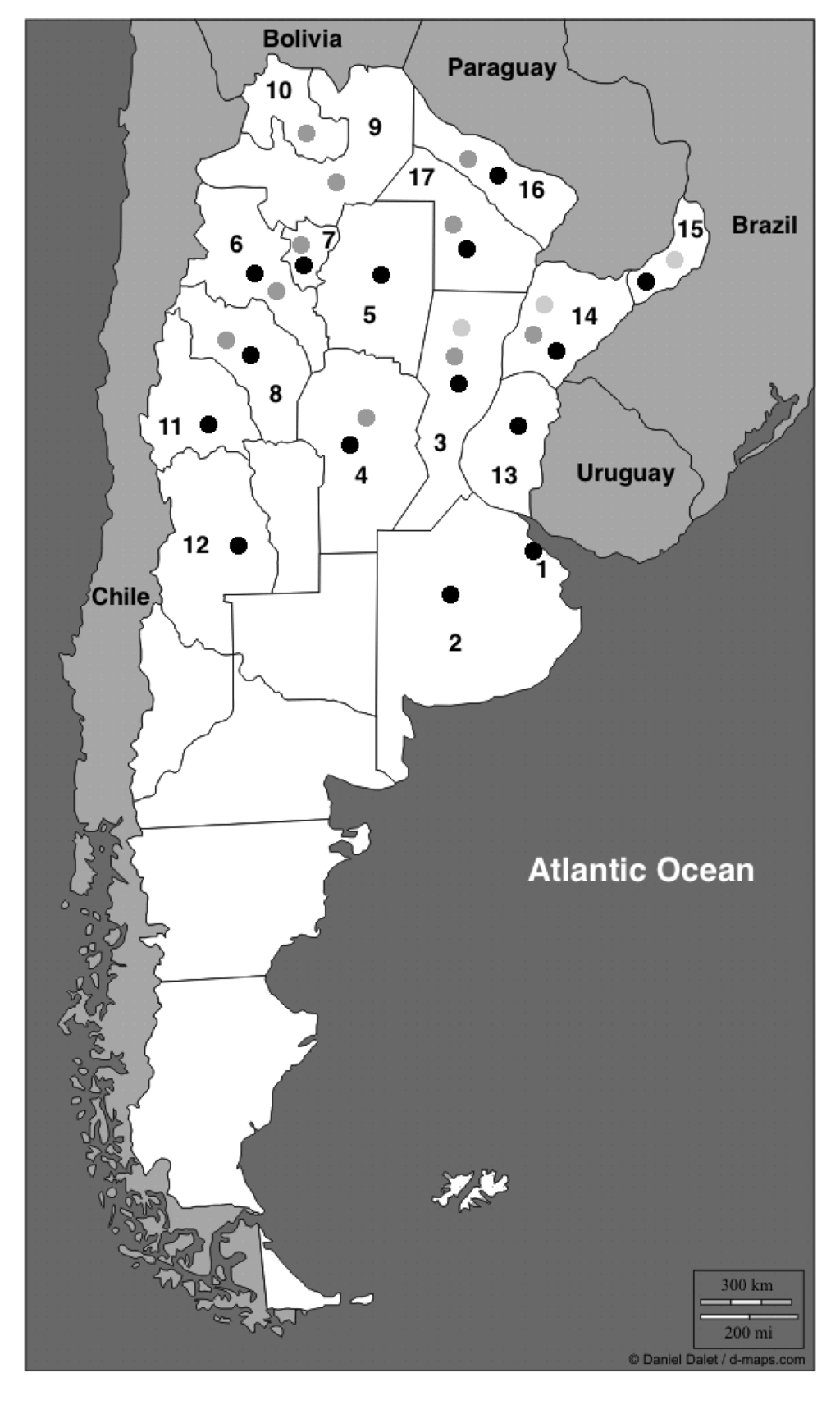 
De Roodt, Adolfo R. 2014. "Comments on Environmental and Sanitary Aspects of the Scorpionism by Tityus trivittatus in Buenos Aires City, Argentina." Toxins 6, no. 4: 1434-1452.