New Insights into the Occurrence and Toxin Profile of Ciguatoxins in Selvagens Islands (Madeira, Portugal)

Aflatoxins (AFs) are secondary metabolites produced by Aspergillus section Flavi during their development, particularly in maize. It is widely accepted that AFB1 is a major contaminant in regions where hot climate conditions favor the development of aflatoxigenic species. Global warming could lead to the appearance of AFs in maize produced in Europe. This was the case in 2015, in France, when the exceptionally hot and dry climatic conditions were favorable for AF production. Our survey revealed AF contamination of 6% (n = 114) of maize field samples and of 15% (n = 81) of maize silo samples analyzed. To understand the origin of the contamination, we characterized the mycoflora in contaminated samples and in samples produced in the same geographic and climatic conditions but with no AFs. A special focus was placed on Aspergillus section Flavi. A total of 67 strains of Aspergillus section Flavi were isolated from the samples. As expected, the strains were observed in all AF+ samples and, remarkably, also in almost 40% of AF− samples, demonstrating the presence of these potent toxin producers in fields in France. A. flavus was the most frequent species of the section Flavi (69% of the strains). But surprisingly, A. parasiticus was also a frequent contaminant (28% of the strains), mostly isolated from AF+ samples. This finding is in agreement with the presence of AFG in most of those samples. View Full-Text
Keywords: aflatoxins; Aspergillus section Flavi; France; maize aflatoxins; Aspergillus section Flavi; France; maize
►▼ Show Figures 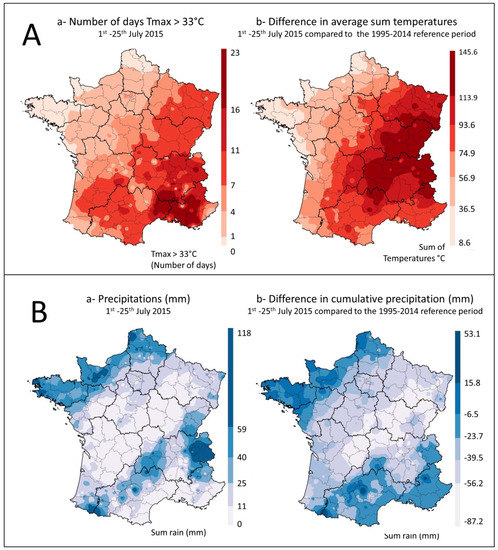