Polyphenolic Nutrients in Cancer Chemoprevention and Metastasis: Role of the Epithelial-to-Mesenchymal (EMT) Pathway

The epithelial-to-mesenchymal transition (EMT) has received significant interest as a novel target in cancer prevention, metastasis, and resistance. The conversion of cells from an epithelial, adhesive state to a mesenchymal, motile state is one of the key events in the development of cancer metastasis. Polyphenols have been reported to be efficacious in the prevention of cancer and reversing cancer progression. Recently, the antimetastatic efficacy of polyphenols has been reported, thereby expanding the potential use of these compounds beyond chemoprevention. Polyphenols may affect EMT pathways, which are involved in cancer metastasis; for example, polyphenols increase the levels of epithelial markers, but downregulate the mesenchymal markers. Polyphenols also alter the level of expression and functionality of important proteins in other signaling pathways that control cellular mesenchymal characteristics. However, the specific proteins that are directly affected by polyphenols in these signaling pathways remain to be elucidated. The aim of this review is to analyze current evidence regarding the role of polyphenols in attenuating EMT-mediated cancer progression and metastasis. We also discuss the role of the most important polyphenol subclasses and members of the polyphenols in reversing metastasis and targeting EMT. Finally, limitations and future directions to improve our understanding in this field are discussed. View Full-Text
Keywords: polyphenols; chemoprevention; cancer; metastasis; epithelial mesenchymal transition polyphenols; chemoprevention; cancer; metastasis; epithelial mesenchymal transition
►▼ Show Figures 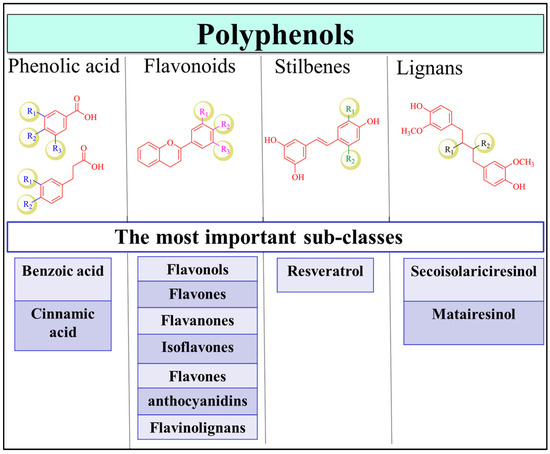