Validity of Dietary Assessment in Athletes: A Systematic Review
Next Article in Special Issue

Soy, Soy Foods and Their Role in Vegetarian Diets
Previous Article in Journal

Dietary Intake of High-Protein Foods and Other Major Foods in Meat-Eaters, Poultry-Eaters, Fish-Eaters, Vegetarians, and Vegans in UK Biobank

:
Vegetarian diets are defined by the absence of meat and fish, but differences in the intake of other foods between meat-eaters and low or non-meat eaters are also important to document. We examined intakes of high-protein foods (meat, poultry, fish, legumes, nuts, vegetarian protein alternatives, dairy products, and eggs) and other major food groups (fruit, vegetables, bread, pasta, rice, snack foods, and beverages) in regular meat-eaters, low meat-eaters, poultry-eaters, fish-eaters, vegetarians, and vegans of white ethnicity participating in UK Biobank who had completed at least one web-based 24-h dietary assessment (n = 199,944). In regular meat-eaters, around 25% of total energy came from meat, fish, dairy and plant milk, cheese, yogurt, and eggs. In vegetarians, around 20% of energy came from dairy and plant milk, cheese, yoghurt, eggs, legumes, nuts, and vegetarian protein alternatives, and in vegans around 15% came from plant milk, legumes, vegetarian alternatives, and nuts. Low and non-meat eaters had higher intakes of fruit and vegetables and lower intakes of roast or fried potatoes compared to regular meat-eaters. The differences in the intakes of meat, plant-based high-protein foods, and other foods between meat-eaters and low and non-meat eaters in UK Biobank may contribute to differences in health outcomes.
Keywords:
UK Biobank; vegetarian; vegan; dietary intakes; food groups

Vegetarian diets are defined by the absence of meat and fish; similarly, vegan diets are defined by the absence of all animal foods—meat, fish, dairy products, and eggs. Previous studies have observed lower rates of ischaemic heart disease [1] and some cancers [2,3] in vegetarians. Comparisons of nutrient intakes between meat-eaters and vegetarians and vegans have been previously documented [4,5,6,7,8]. Two large studies [8,9] and some smaller studies have described differences in the intakes of many foods between meat-eaters and low and non-meat eating diet groups [10,11,12]; here we report the first comprehensive data on food intakes among people of different diet groups from a large (n = 199,944) cohort in the UK.
Nutritional epidemiological studies have modeled the effects of replacing red and processed meat with substitutes such as chicken, fish, low-fat dairy products, nuts, vegetables and potatoes on health outcomes including coronary heart disease [13,14,15], stroke [16], cancer [17], and mortality [18,19], in cohorts where the vast majority of participants eat red meat. However, there is a paucity of information on the actual food intakes of low- and non-meat eaters and this information is needed to inform realistic substitution analyses of meat alternatives.
The UK Biobank is a large contemporary prospective cohort where participants were invited up to five times to complete a web-based 24-h dietary assessment that assesses actual intake of foods and drinks consumed in the previous 24-h. The objective of this paper is to compare intakes of major protein food sources includingred and processed meat, poultry, fish, legumes and pulses, vegetarian protein alternatives (soy burgers/sausages; tofu; Quorn (a mycoprotein-based food); other vegetarian alternatives), nuts, cheese, yogurt, dairy milk, plant milk, and eggs, and other main food groups including fruit, vegetables, pasta, rice, bread, snack foods, and beverages, in white adult men and women of a range of diet groups—regular meat-eaters, low meat-eaters, poultry-eaters, fish-eaters, vegetarians, and vegans—who participated in UK Biobank and completed at least one web-based 24-hour dietary assessment.

UK Biobank is a prospective cohort study of half a million men and women aged 40–69 years recruited from across the UK between 2006 and 2010 [20]. The UK Biobank protocol is available online [21]. Participants were identified from National Health Service patient registers and invited to attend a local assessment center to participate in UK Biobank. Permission for access to patient records for recruitment was approved by the National Information Governance Board for Health and Social Care in England and Wales, and the Community Health Index Advisory Group in Scotland. At the assessment center participants completed a touchscreen questionnaire, which collected information on sociodemographic characteristics and diet, lifestyle, reproductive, and environmental factors. The touchscreen questionnaire is available on the UK Biobank website [22] UK Biobank has ethical approval from the North West Multi-centre Research Ethics Committee. All participants gave informed consent to participate in UK Biobank and be followed up, using a signature capture device. In April 2009, an enhancement was added to the UK Biobank protocol, whereby a web-based 24-h dietary assessment tool was added to the recruitment visit [23]. The last 70,000 participants who were recruited into UK Biobank completed this 24-h dietary assessment. In addition, the web-based 24-h dietary assessment was emailed out once every 3–4 months for a total of four times from between February 2011 and June 2012, to participants who provided UK Biobank with an email address [24]. A large sub-sample of participants (n = 175,402) completed at least one online 24-h dietary assessment during this period. The web-based 24-h dietary assessment asks about the consumption of up to 206 types of foods and 32 types of drinks during the previous 24 h. Compared to an interviewer-administered 24-h recall completed on the same day, Spearman’s correlation coefficients for estimates of the majority of nutrients ranged between 0.5–0.9 (mean of 0.6) for the two methods [25]. Participants who identified as of white ethnicity in the touchscreen questionnaire were eligible for inclusion in this study (94% of participants). For most other ethnic groups, the numbers of non-meat eaters were small. The exception was British Indians, among whom there were 1409 meat-eaters and 432 vegetarians who participated in UK Biobank and completed at least one web-based 24-h dietary assessment. However, we were not confident that the dietary assessment tool would capture all the relevant food items likely to be consumed by these groups, and therefore we did not include them in this study.

We excluded 24-h dietary assessment records where the energy intake was greater than our pre-specified sex-specific acceptable limit (20,000 kJ for men and 18,000 kJ for women). Participant characteristics were described by diet group. Participants who completed more than one web-based 24-h dietary assessment had their records averaged. Mean intakes of foods that are major sources of protein, and other major food groups, from the web-based 24-h dietary assessments were generated by diet group, adjusted for age (continuous). We also repeated the analysis standardising the diets to a 2000 kcal (8368 kJ) per day diet. To do this, for each participant we took the intake of each food item from each 24-h assessment and divided it by their energy intake (in kJ) from that 24-h assessment, and multiplied it by 2000 kcal (8368 kJ). Analysis of covariance was used to test for heterogeneity between the diet groups, with age at recruitment included as a covariate. If there was significant heterogeneity, post hoc pairwise comparisons were used to test for differences between the diet groups, with Bonferroni correction for multiple comparisons. Results reported in the text as differences between two groups are significant pairwise comparisons after correction for multiple comparisons. We also calculated relative mean consumption of broader food groups for each of the low- and non-meat eating groups compared to regular meat-eaters. To do this, for each broad food group we took the ratio of the mean (g) intake for each low- and non-meat eating group to the mean intake (g) of the regular meat-eating group, after adjustment for age. Results for men and women are presented separately. Stata version 14.1 (Stata Corp LP, College Station, TX, USA) was used for all analyses. All p-values were two-sided and p < 0.05 was considered significant. Statistical code is available on request by emailing the corresponding author.

In conclusion, we examined the intakes of main protein source foods and other major food groups in a large contemporary cohort of white British people of different diet groups: regular meat-eaters, low meat-eaters, poultry-eaters, fish-eaters, vegetarians and vegans. Our results suggest that low- and non-meat eaters only partially replace red and processed meat with other high-protein source foods, and that they eat more of a variety of plant-based foods. These findings can be used to inform realistic dietary substitution analyses. As well as the absence or reduction of meat, the other differences in food choices between low- and non-meat eating diets may contribute to differences in health outcomes between diet groups.

This research has been conducted using the UK Biobank Resource under Application Number 3037. This work was supported by the Girdlers’ New Zealand Health Research Council Fellowship (KEB), the UK Medical Research Council (TJK and TYNT; MR/M012190/1) and the Wellcome Trust (TJK, Our Planet Our Health, project: Livestock, Environment and People (LEAP)). The cost to publish in open access was covered by the Wellcome Trust block grant to the University of Oxford open access fund.

T.J.K. is a member of the Vegan Society. K.E.B. and T.Y.N.T. have no conflict of interest. The funders had no role in the design of the study; in the collection, analyses, or interpretation of data; in the writing of the manuscript, or in the decision to publish the results. 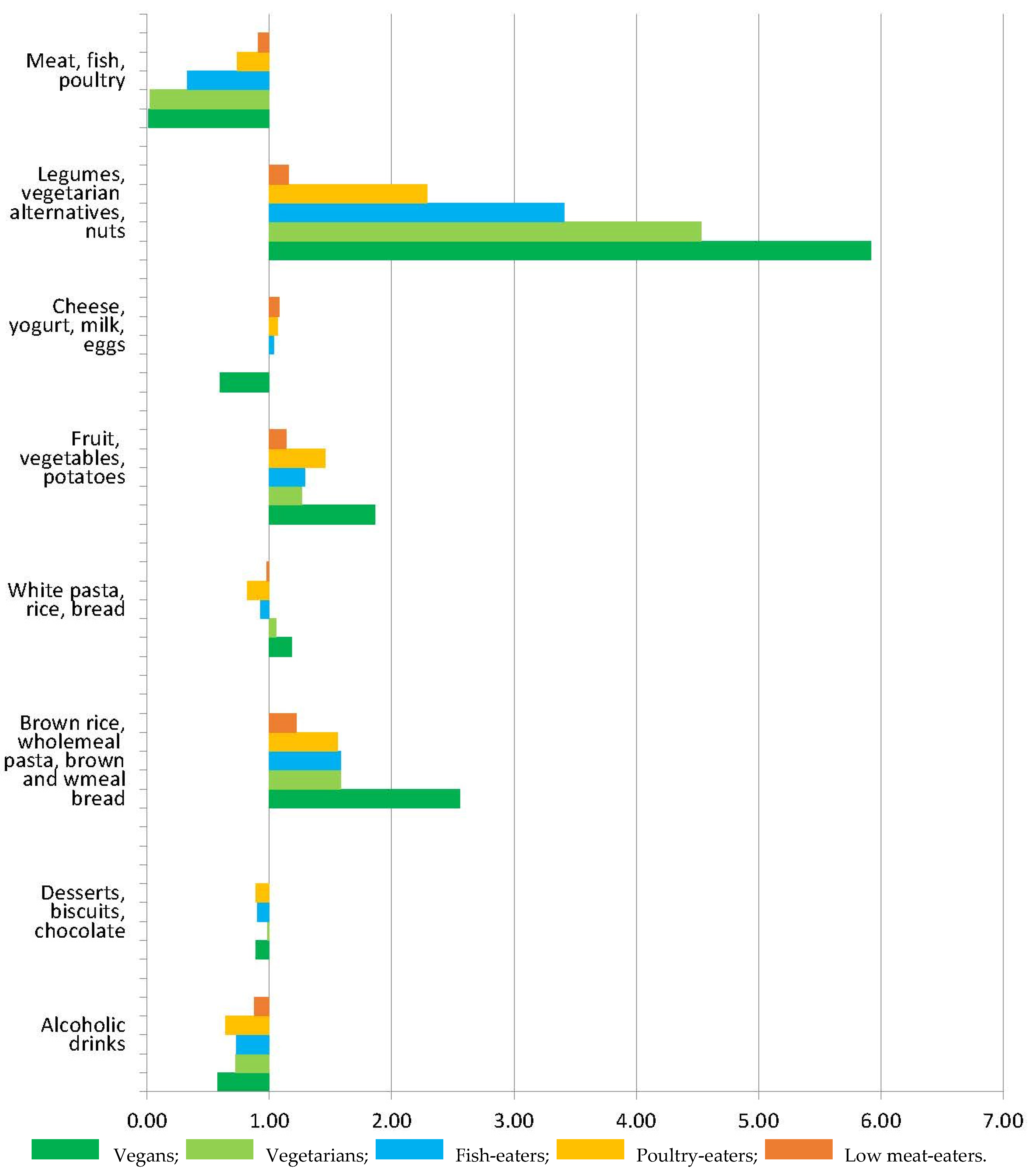 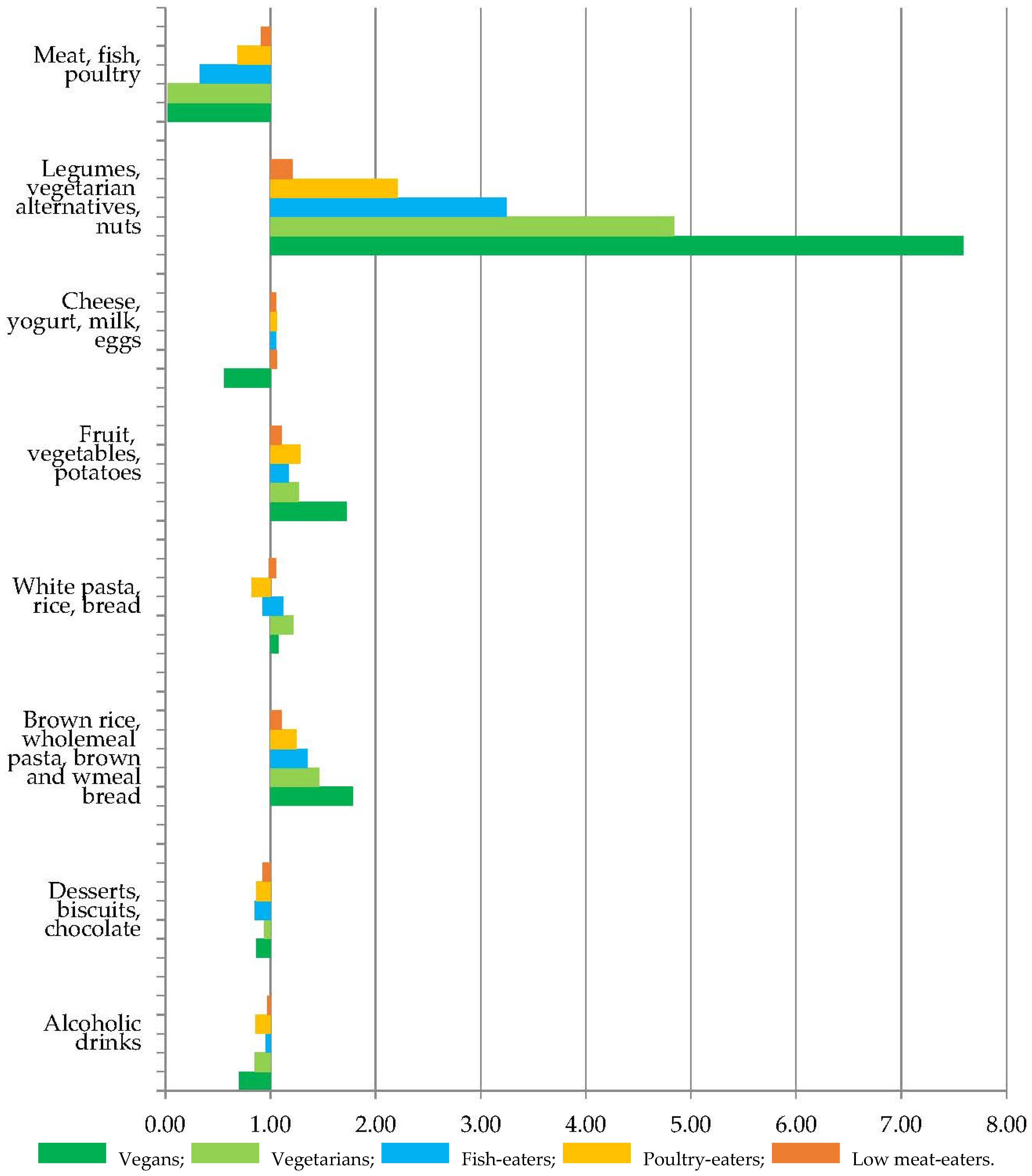