Impact of Food Rations and Supplements on Micronutrient Status by Trimester of Pregnancy: Cross-Sectional Studies in the Maela Refugee Camp in Thailand 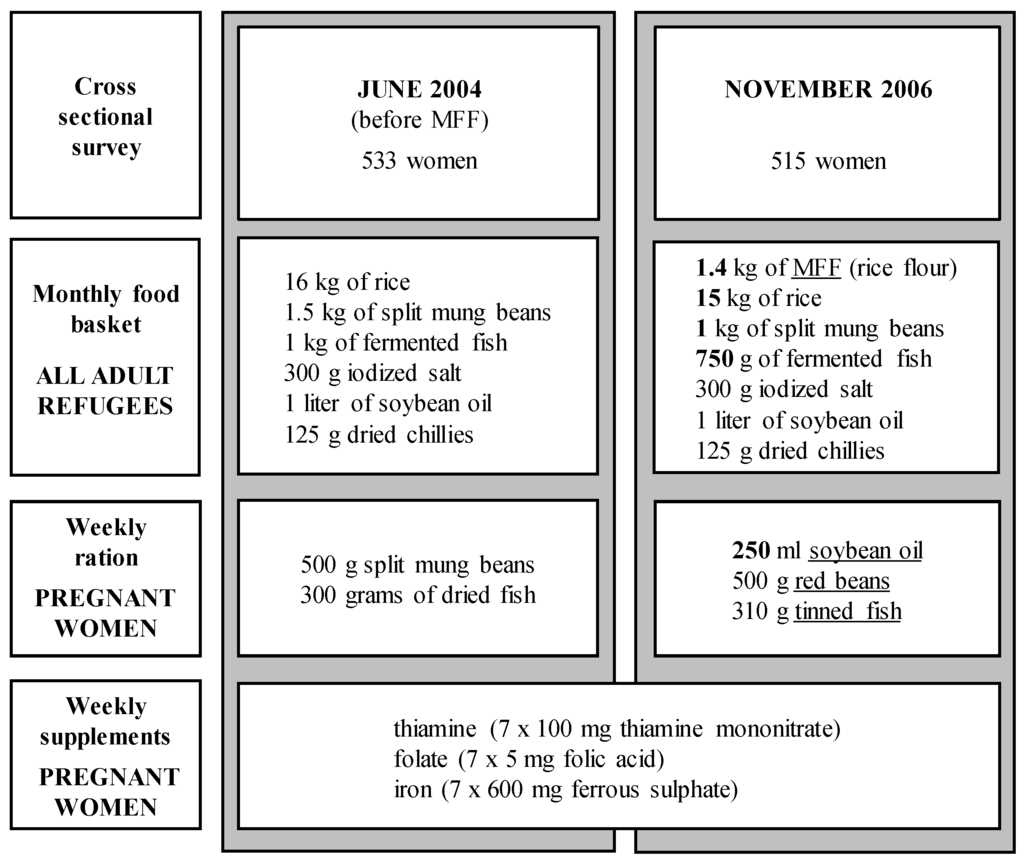