Effect of Polydextrose on Subjective Feelings of Appetite during the Satiation and Satiety Periods: A Systematic Review and Meta-Analysis
Next Article in Special Issue

Effect of Oat β-Glucan Intake on Glycaemic Control and Insulin Sensitivity of Diabetic Patients: A Meta-Analysis of Randomized Controlled Trials

Many individual studies on oat β-glucan (OBG) confirmed its functionality in improving type 2 diabetes mellitus (T2DM), but disagreements were identified among those results. To derive a pooled estimate of these results, relevant articles, published before 5 September 2015, were collected from four electronic databases (Pubmed, Cochrane Library, Scopus, and Web of Science) and subjected to meta-analysis in the present work. In total, four articles, dealing with 350 T2DM patients combined, met the inclusion criteria. Compared to control, T2DM patients administrated OBG from 2.5 to 3.5 g/day for 3 to 8 weeks presented significantly lowered concentrations in fasting plasma glucose (FPG) by −0.52 (95% CI: −0.94, −0.10) mmol/L (p = 0.01) and glycosylated hemoglobin (HbA1c) by −0.21% (95% CI: −0.40, −0.02) (p = 0.03). However, OBG intake did not significantly lower the fasting plasma insulin (FPI) concentration. In conclusion, mediate-term OBG intake (3–8 weeks) favored the glycaemic control of T2DM patients but did not improve their insulin sensitivity. Regrettably, data upon the effects of long-term OBG intake on glycaemic control and insulin sensitivity were scarce, which is of much importance and should be addressed in future research. View Full-Text
Keywords: oat β-glucan; diabetes mellitus; glycaemic control; insulin sensitivity; meta-analysis oat β-glucan; diabetes mellitus; glycaemic control; insulin sensitivity; meta-analysis
►▼ Show Figures 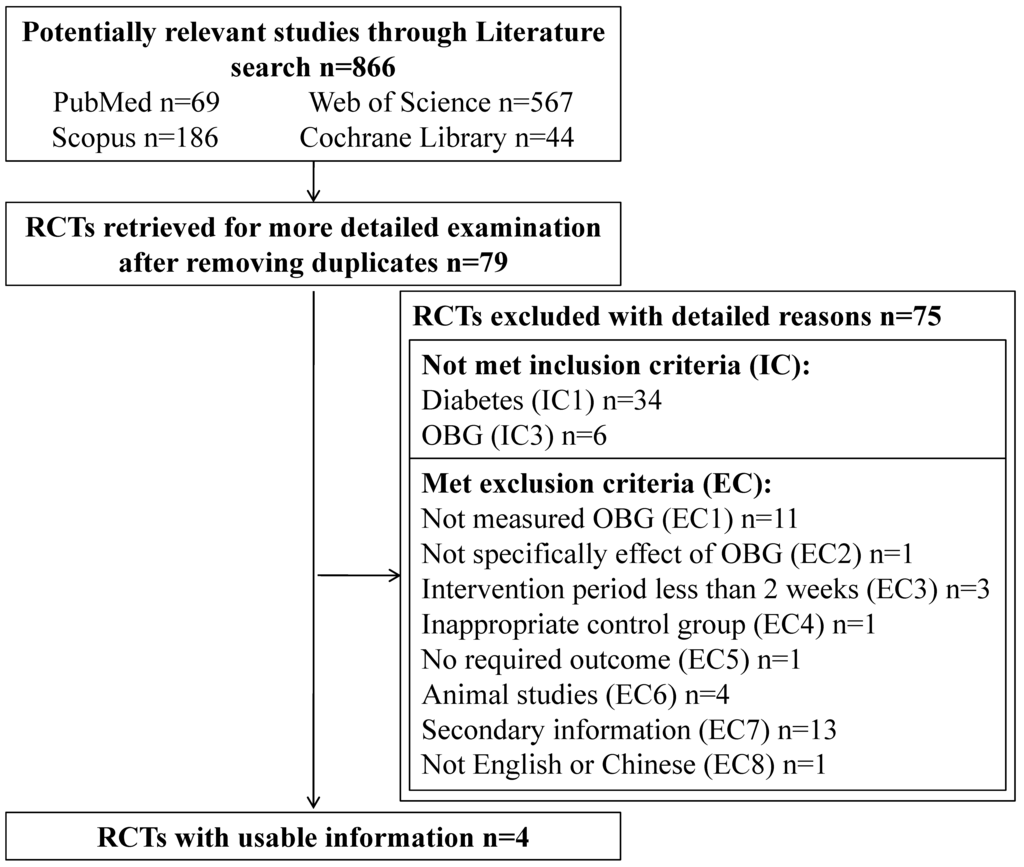