Clustering of Dietary Patterns, Lifestyles, and Overweight among Spanish Children and Adolescents in the ANIBES Study

Associations between Sugar Intake from Different Food Sources and Adiposity or Cardio-Metabolic Risk in Childhood and Adolescence: The Korean Child–Adolescent Cohort Study

The increasing prevalence of childhood obesity is a serious public health problem associated with co-morbidities in adulthood, as well as childhood. This study was conducted to identify associations between total sugar intake and sugar intake from different foods (fruit, milk, and sugar-sweetened beverages (SSBs)), and adiposity and continuous metabolic syndrome scores (cMetS) among Korean children and adolescents using cohort data. The study subjects were children (n = 770) who participated in the 4th year (2008) of the Korean Child–Adolescent Cohort Study (KoCAS). Dietary intake data were collected via three-day 24-h food records, and sugar intake was calculated for the total sugar content of foods using our database compiled from various sources. Anthropometric measurements, assessments of body composition, and blood sample analysis were performed at baseline and at follow-up four years later. The cMetS was calculated based on waist circumference, triglycerides, high-density lipoprotein cholesterol, glucose, and mean arterial blood pressure. According to multiple linear regression analysis, there were no significant associations between total sugar intake and adiposity and cMetS. However, higher intake of fruit sugar at baseline was significantly associated with lower body mass index (BMI) z-scores and body fat percentages at baseline (β = −0.10, p = 0.02 and β = −0.78, p < 0.01, respectively). At follow-up, sugar intake from fruit at baseline was still negatively associated with the above outcomes, but only the relationship with BMI z-scores retained statistical significance (β = −0.08, p < 0.05). There was a significant positive relationship between consumption of sugar from SSBs and cMetS at baseline (β = 0.04, p = 0.02), but that relationship was not observed at follow-up (p = 0.83). Differences in consumption sugars from fruit and SSBs might play an important role in the risk of adiposity and metabolic disease in children and adolescents. Our results suggest that strategies for reducing sugar intake need to target particular food groups. Consequently, this information could be of value to obesity- and metabolic disease-prevention strategies. View Full-Text
Keywords: sugar; fruit; sugar-sweetened beverages; body weight; metabolic disease; continuous metabolic syndrome scores (cMetS) sugar; fruit; sugar-sweetened beverages; body weight; metabolic disease; continuous metabolic syndrome scores (cMetS)
►▼ Show Figures 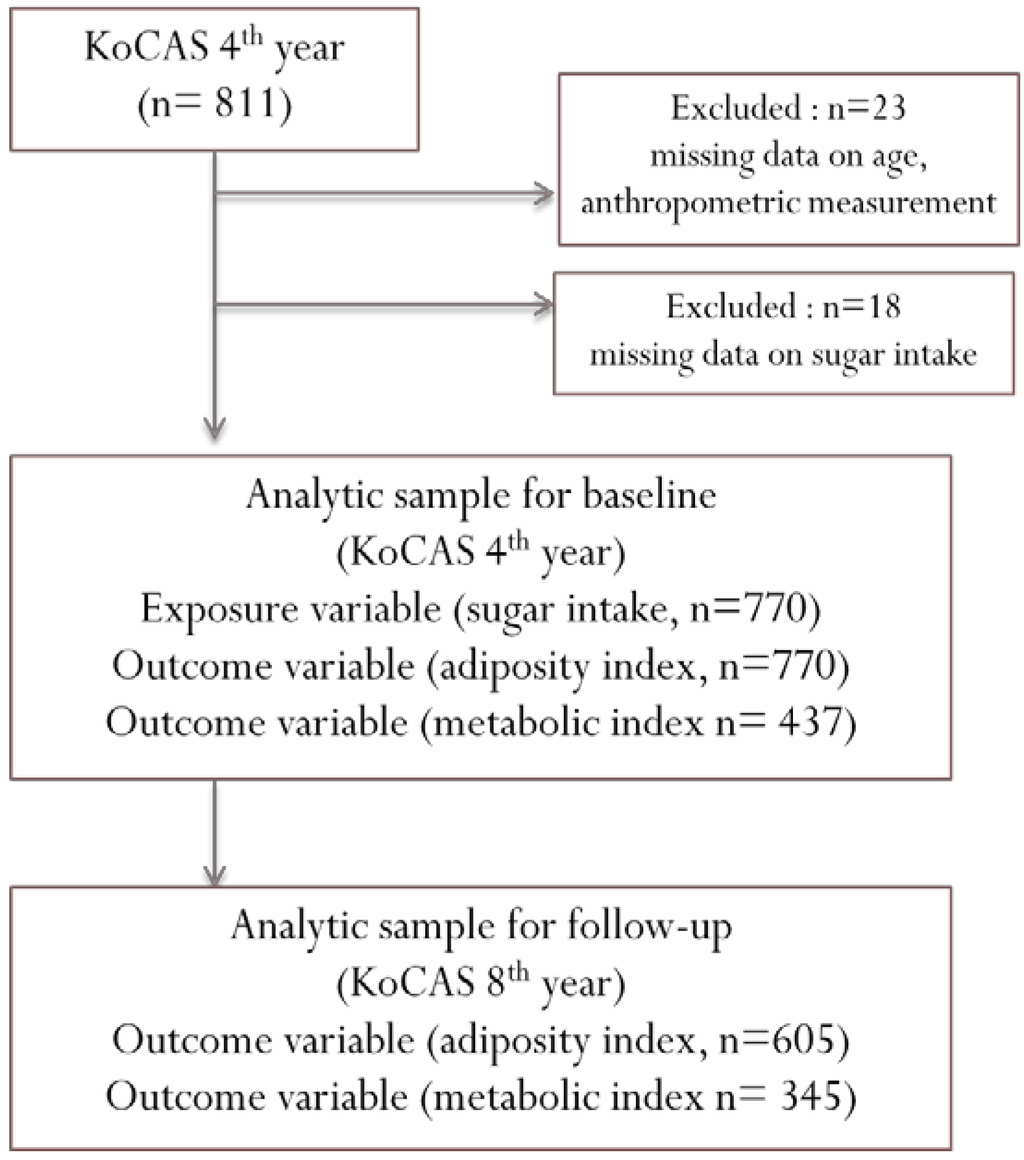