Celiac Disease and Overweight in Children: An Update
Next Article in Special Issue

Iron deficiency anaemia (IDA) is the most common nutritional deficiency in the world including developed and developing countries. Despite intensive efforts to improve the quality of life of rural and aboriginal communities in Malaysia, anaemia and IDA are still major public health problems in these communities particularly among children. A randomized, double-blind, placebo-controlled trial was conducted on 250 Orang Asli (aboriginal) schoolchildren in Malaysia to investigate the effects of a single high-dose of vitamin A supplementation (200,000 IU) on iron status indices, anaemia and IDA status. The effect of the supplement was assessed after 3 months of receiving the supplements; after a complete 3-day deworming course of 400 mg/day of albendazole tablets. The prevalence of anaemia was found to be high: 48.5% (95% CI = 42.3, 54.8). Moreover, 34% (95% CI = 28.3, 40.2) of the children had IDA, which accounted for 70.1% of the anaemic cases. The findings showed that the reduction in serum ferritin level and the increments in haemoglobin, serum iron and transferrin saturation were found to be significant among children allocated to the vitamin A group compared to those allocated to the placebo group (p < 0.01). Moreover, a significant reduction in the prevalence of IDA by almost 22% than prevalence at baseline was reported among children in the vitamin A group compared with only 2.3% reduction among children in the placebo group. In conclusion, vitamin A supplementation showed a significant impact on iron status indices and IDA among Orang Asli children. Hence, providing vitamin A supplementation and imparting the knowledge related to nutritious food should be considered in the efforts to improve the nutritional and health status of these children as a part of efforts to improve the quality of life in rural and aboriginal communities. View Full-Text
Keywords: clinical trial; vitamin A supplementation; iron deficiency anaemia; children; Malaysia clinical trial; vitamin A supplementation; iron deficiency anaemia; children; Malaysia
►▼ Show Figures 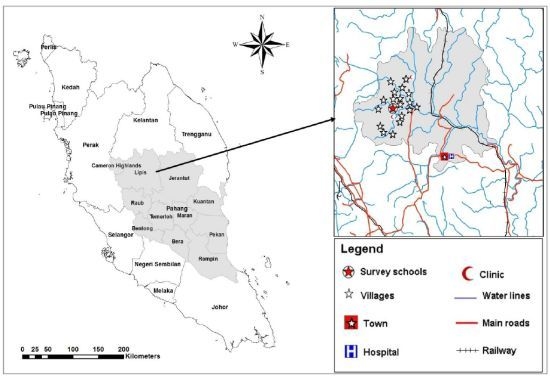