Timing of Complementary Feeding, Growth, and Risk of Non-Communicable Diseases: Systematic Review and Meta-Analysis
Next Article in Special Issue

Supplementing Soy-Based Diet with Creatine in Rats: Implications for Cardiac Cell Signaling and Response to Doxorubicin

The Dietary Supplement Creatyl-l-Leucine Does Not Bioaccumulate in Muscle, Brain or Plasma and Is Not a Significant Bioavailable Source of Creatine 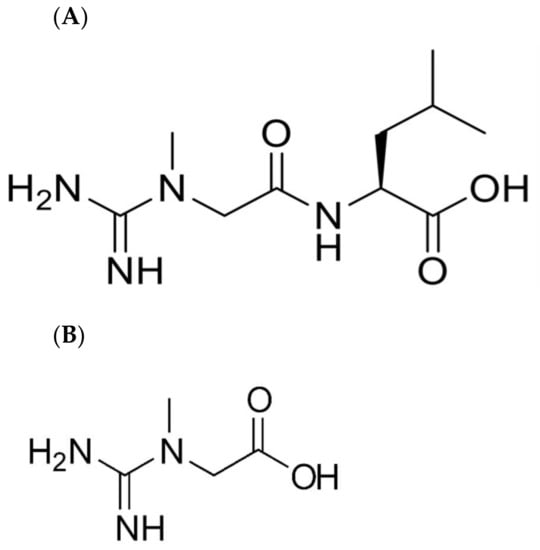