Omega 3 Fatty Acids and Health: The Little We Know after All These Years
Previous Article in Journal

In recent decades, the rapid development of science and our knowledge regarding human physiology has had a major impact on the lifestyle of professional athletes. Among many lifestyle components that professional athletes have to follow, nutrition is gradually growing to be one of the key factors for achieving and maintaining optimal sport performance [1,2,3]. In addition to planning everyday meals, special focus is also placed on the nutritional needs of athletes before, during and after their exercise [4]. However, due to a wide range of different sports and individual needs, it is impossible to determine a perfect dietary pattern that all professional athletes should follow. Nevertheless, some dietary patterns have emerged as more beneficial than others [5].
Even though many diets today are created by nutritionists, some of them are cultural and based on traditional cuisine. The Mediterranean diet (MD) is the traditional cuisine of countries on the shores of the Mediterranean Sea, and it is recognized as one of the healthiest dietary patterns worldwide [6,7]. The MD consists of a high intake of olive oil, fruits, vegetables, nuts, cereals and legumes, less frequent intake of fish, eggs and dairy products and occasional intake of sweets and meat, with predominantly white meat over red meat [8]. Red wine is recommended every day in a small amount which depends on the sex [9]. The MD is globally one of the most studied dietary patterns due to its major health benefits [10]. Studies have shown that higher adherence to the MD is associated with a reduced risk of developing cardiovascular diseases, diabetes, obesity, cognitive diseases and depression [11,12,13,14,15]. Recent findings showed evidence that the MD has a lipid-lowering effect, protects against oxidative stress, inflammation and platelet aggregation, regulates signals involved in the pathogenesis of cancer, inhibits nutrient sensing pathways by specific amino acid restriction and influences metabolic health through gut microbiota [16,17].
However, with the rise in awareness about the benefits of healthy nutrition, a new issue has emerged. Orthorexia nervosa (ON) was first defined more than 20 years ago as a pathological eating condition where people have a compulsive obsession with healthy food choices [18]. They follow radical diet habits due to which they may develop issues in everyday social life, nutritional deficiencies, severe weight loss and other health problems associated with eliminating certain foods [19]. ON has become a major global issue in the last two decades with the rise in awareness about the benefits of healthy nutrition [20]. Moreover, the infliction of the perfect body image through media and the internet has further boosted ON among the younger population [21]. Nevertheless, ON is not classified as an eating disorder due to still undetermined symptoms and risk factors, and, subsequently, its uncertain diagnosis.
Data regarding adherence to the MD and the tendency to ON among professional athletes are still very scarce and inconclusive. Several studies that investigated the MD among professional athletes found contradictory results as some of them showed high adherence, while others found very low adherence to the MD [22,23,24,25,26]. However, these studies were very heterogeneous as they were conducted in different regions and on different sport groups, and they used different instruments to measure adherence. Moreover, a question was raised concerning whether the MD provides the appropriate nutrients to professional athletes since it minimizes meat consumption, with subsequent lower protein intake [27]. However, even though this thesis is somewhat correct, the MD still provides other beneficial nutrients, and since it is considered one of the healthiest diets, it is interesting to find out whether athletes adhere to it. On the other hand, with the imposed need for a healthy diet among professional athletes, ON could become a rising issue. Several studies which investigated the ON tendency in professional athletes implied that they could have a high risk of developing ON [28,29,30].
Therefore, the aim of this study was to evaluate adherence to the MD and the tendency to ON among professional athletes in Croatia. Moreover, a secondary goal was to compare these results with matched recreational athletes and to explore the possible association between adherence to the MD, tendency to ON and the level of physical activity.

This cross-sectional survey-based study was performed at several fitness centers in Croatia during the time period from September 2021 to November 2021.
The study was conducted in accordance with the latest Helsinki Declaration, and it was approved by the Ethics Committee of the University of Split School of Medicine (No: 003-08/20-03/0005, Date: 3 July 2020). All subjects consented to participate by submitting the completed questionnaire.

The survey consisted of four components. The first part was the general information questionnaire which explored basic data about the participants such as age, sex, involvement in professional sport and anthropometric characteristics. This questionnaire was developed using the most relevant literature for the purpose of this study, and it included 12 questions.
The second part of the survey was the International Physical Activity Questionnaire—Short Form (IPAQ-SF). This questionnaire is a reliable open-ended tool used for evaluating physical activity, and it was validated in the Croatian language [31,32]. The IPAQ-SF assesses self-reported physical activity of four intensity levels: vigorous-intensity activities; moderate-intensity activities; walking; and sitting. The IPAQ-SF’s authors suggested that observational studies should use the “last 7 days recall” version. The results of the IPAQ-SF were used to calculate MET (metabolic equivalent of task) minutes per week (min/week) scores according to the following formulas [33]:
The third part of the survey was the Mediterranean Diet Serving Score (MDSS). The MDSS is a reliable 14-item questionnaire which was validated in the Croatian language [34,35]. The MDSS is used to assess adherence to the MD, and it is updated by the latest guidelines of the Mediterranean Diet Pyramid, based on the frequency of consuming certain foods and food groups and scoring them by one (1), two (2) or three (3) points, depending on the recommendation of intake. Three-point foods are fruits, vegetables, cereals and olive oil, which are recommended to be consumed every meal. Two-point foods are nuts, which are recommended to be consumed daily, and dairy products, which are recommended to be consumed every meal. Lastly, one-point foods are white meat, red meat, fish, potatoes, legumes, eggs, sweets and wine, which should be consumed several times a week, the exact number depending on the certain food group. The cutoff value for determining adherence to the MD is a total MDSS score of ≥14 points.
The last part of the survey was the ORTO-15 questionnaire. The ORTO-15 questionnaire is a reliable and validated 15-item questionnaire used for assessing pathological obsession with healthy food [36]. It is self-reported, and all questions are scored on a four-point Likert scale in a range from “always” to “never”. The total score range is 15–60 points, and a lower score is suggestive of a higher pathology. The cutoff value of <40 is indicative of ON, as suggested by the questionnaire’s authors [34]. However, several more recent studies recommended that the abovementioned cutoff leads to an exaggerated prevalence of false positive scores [37,38,39]. Hence, they proposed the cutoff value of <35, which they believe is more specific and reliable. Accordingly, the cutoff value for ON in this study was set at <35 points in ORTO-15.

The ORTO-15 questionnaire was assessed and back translated to the Croatian language by an expert who has a degree in both English and Croatian languages. Pre-testing of the whole survey was conducted on 20 randomly chosen professional athletes and 20 randomly chosen recreational athletes. The average time needed to complete the survey was 12–15 min. The feedback from the responders determined that all the questions were clear and understandable. The internal consistency of the ORTO-15 in this pre-testing was acceptable as Cronbach’s alpha coefficient was 0.80.

Analyses of the data was performed using the computer software MedCalc (MedCalc Software, Ostend, Belgium, version 17.4.1). Qualitative variables were presented as whole numbers and percentages, while quantitative data were presented as mean ± standard deviation or median and interquartile range. The normality of the data distribution was estimated using the Kolmogorov–Smirnov test. Qualitative data were compared between groups using the chi-square test. Parametric data were compared between groups using the Student t-test, while the non-parametric data were compared using the Mann–Whitney U test. Correlation analyses were performed using the non-parametric Spearman correlation method. Comparison between correlation coefficients was performed with Fisher’s z transformation. The level of statistical significance was set at a p-value of <0.05.

This study was conducted according to the guidelines of the Declaration of Helsinki and approved by the Ethics Committee of the University of Split School of Medicine (Number: 003-08/20-03/0005; 3 July 2020).

The data supporting the reported results are available upon request to the corresponding author. 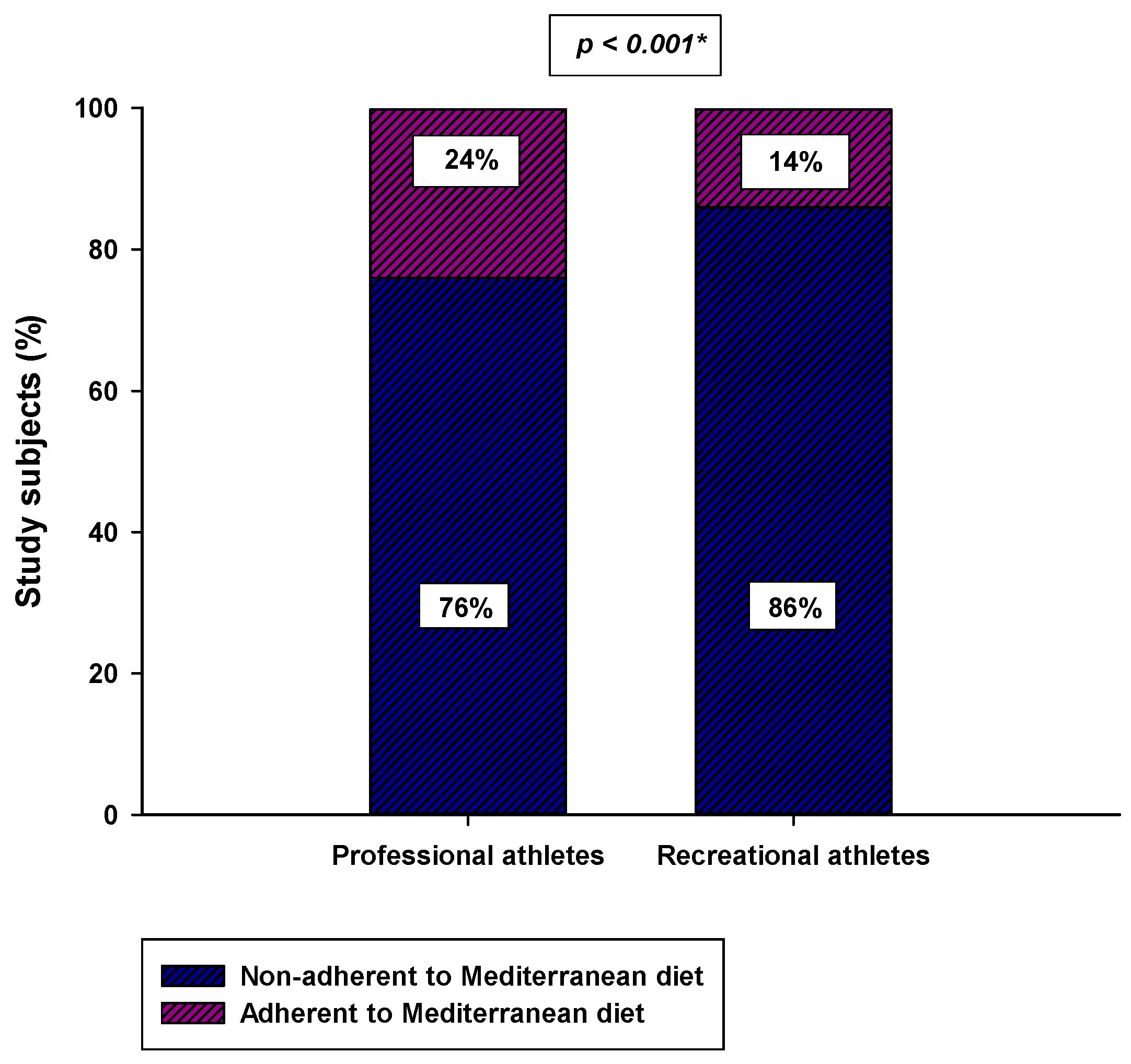 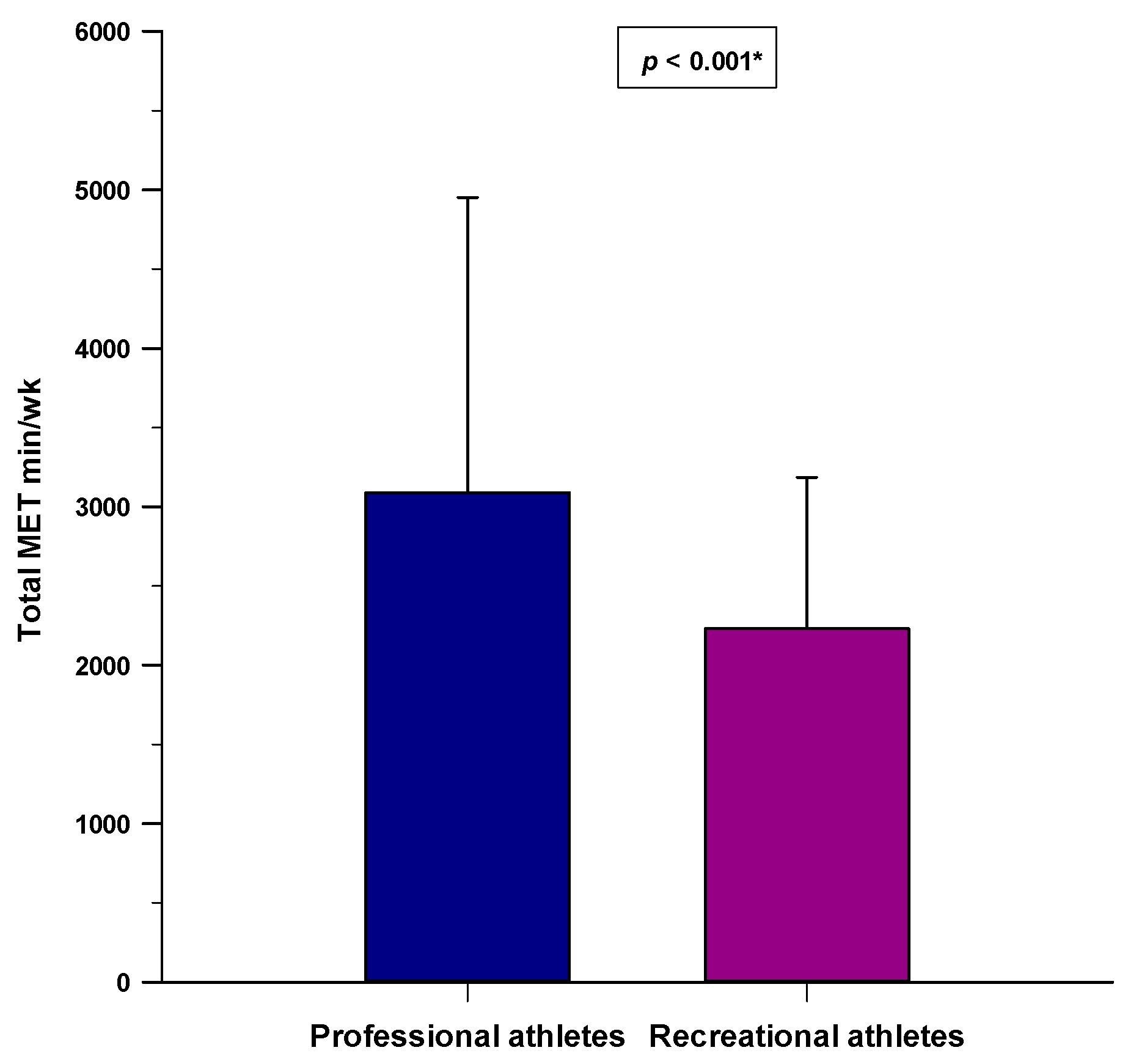