COVID-19 Mortality Risk Correlates Inversely with Vitamin D3 Status, and a Mortality Rate Close to Zero Could Theoretically Be Achieved at 50 ng/mL 25(OH)D3: Results of a Systematic Review and Meta-Analysis

Initially, a systematic literature review was performed to identify relevant COVID-19 studies. Included studies were observational cohort studies that grouped two or more cohorts by their vitamin D3 values and listed mortality rates for the respective cohorts. PubMed and the https://c19vitamind.com (accessed on 27 March 2021) registry were searched according to Table 1. Subsequently, titles and abstracts were screened, and full-text articles were further analyzed for eligibility.

Collected studies were divided into a population study [142] and seven hospital studies. Notably, these data sources are fundamentally different, as one assesses vitamin D values long-term, whereas the other measures vitamin D values postinfection, thereby masking a possible causal relationship between the preinfection vitamin D level and mortality.
Several corrections for the crude mortality rates (CMRs) recorded by Ahmad were attempted to understand the underlying causes within the population study data and the outliers. In the end, none were used in the final data evaluation to avoid the risk of introducing hidden variables that also correlate with D3.
Mortality rates and D3 blood levels from studies on hospitalized COVID-19 patients were assembled in a separate dataset. When no median D3 blood levels were provided for the individual study cohorts, the IQR, mean ± SD or estimated values within the grouping criteria were used in that order. Patient characteristics, including age IQR, sex and diabetes status, were used to compute expected mortality rates with a machine learning model [154], which is available online (https://www.economist.com/graphic-detail/covid-pandemic-mortality-risk-estimator (accessed on 27 March 2021)). While other comorbidities from the source studies were not considered in our analysis, they also have lower impact on the model’s output, as can be easily confirmed using the online tool. Based on the expected disease mortality rate for the respective patient cohorts, the reported mortality rates from the source studies were corrected. Thereby, the relationship between the initial vitamin D levels and the resulting mortality becomes more apparent.
The two datasets were combined, and the mortality rates of the hospital studies were scaled according to the mortality range of the population studies, resulting in a uniform list of patient cohorts, their vitamin D status and dimensionless mortality coefficients. Linear regressions (OLS), Pearson and Spearman correlations of vitamin D, and the mortality values for the separate and combined datasets were generated with a Python 3.7 kernel using the scipy.stats 1.7.0 and statsmodels 0.12.2 libraries in a https://deepnote.com (accessed on 30 July 2021) Jupyter notebook.

Database and registry searches resulted in 563 and 66 records, respectively. Nonsystematic web searches accounted for 13 studies, from which an additional 31 references were assessed. After removal of 104 duplicates and initial screening, 44 studies remained. Four meta-studies, one comment, one retracted study, one report with unavailable data, one wrong topic report, and one Russian language record were excluded. The remaining 35 studies were assessed in full text, 20 of which did not meet the eligibility criteria due to their study design or lack of quantitative mortality data. Four further studies were excluded due to missing data for individual patient cohorts. Finally, three studies were excluded due to skewed or nonrepresentative patient characteristics, as reviewed by LB and JVM [114,155,156]. Eight eligible studies for quantitative analysis remained, as listed in Table 2. A PRISMA flowchart [157] is presented in Figure 3.
The observed median (IQR) vitamin D value over all collected study cohorts was 23.2 ng/mL (17.4–26.8). A frequency distribution of vitamin D levels is shown in Figure 4.
One population study by Ahmad et al. [142] was identified. Therein, the CMRs are compiled for 19 European countries based on COVID-19 pandemic data from Johns Hopkins University [143] in the time frame from 21 March 2020 to 22 January 2021, as well as D3 blood levels for the respective countries collected by literature review. Furthermore, the proportions of the 70+ age population were collected. The median vitamin D3 level across countries was 23.2 ng/mL (19.9–25.5 ng/mL). A moderately negative Spearman’s correlation with the corresponding mean vitamin D3 levels in the respective populations was observed at rs = −0.430 (95% CI: −0.805–−0.081). No further adjustments of these CMR values were performed by Ahmad. The correlations shown in Table 3 suggest the sex/age distribution, diabetes, and the rigidity of public health measures as some of the causes for outliers within the Ahmad dataset. However, this has little effect on the further results discussed below.
The extracted data from seven hospital studies showed a median vitamin D3 level of 23.2 ng/mL (14.5–30.9 ng/mL). These data are plotted after correction of patient characteristics and scaling in combination with the data points from Ahmad in Figure 5.
The correlation results are shown in Table 4 in which the combined data show a significant negative Pearson correlation at r(32) = −0.3989, p = 0.0194. The linear regression results can be found in Table 5. The regression for the combined data intersects the D3 axis at 50.7 ng/mL, suggesting a theoretical point of zero mortality.

This study does not question the vital role that vaccination will play in coping with the COVID-19 pandemic. Nor does it claim that in the case of an acute SARS-CoV-2 infection, a high boost of 25(OH)D3 is or could be a helpful remedy when vitamin D deficiency is evident, as this is another question. Furthermore, empirical data on COVID-19 mortality for vitamin D3 blood levels above 35 ng/mL are sparse.

Although there are a vast number of publications supporting a correlation between the severity and death rate of SARS-CoV-2 infections and the blood level of vitamin D3, there is still an open debate about whether this relation is causal. This is because in most studies, the vitamin D level was determined several days after the onset of infection; therefore, a low vitamin D level may be the result and not the trigger of the course of infection.
In this publication, we used a meta-analysis of two independent sets of data. One analysis is based on the long-term average vitamin D3 levels documented for 19 countries. The second analysis is based on 1601 hospitalized patients, 784 who had their vitamin D levels measured within a day after admission, and 817 whose vitamin D levels were known preinfection. Both datasets show a strong correlation between the death rate caused by SARS-CoV-2 and the vitamin D blood level. At a threshold level of 30 ng/mL, mortality decreases considerably. In addition, our analysis shows that the correlation for the combined datasets intersects the axis at approximately 50 ng/mL, which suggests that this vitamin D3 blood level may prevent any excess mortality. These findings are supported not only by a large infection study, showing the same optimum but also by the natural levels observed in traditional people living in the region where humanity originated from that were able to fight down most (not all) infections in most (not all) individuals.
Vaccination is and will be an important keystone in our fight against SARS-CoV-2. However, current data clearly show that vaccination alone cannot prevent all SARS-CoV-2 infections and dissemination of the virus. This scenario possibly will become much worse in the case of new virus mutations that are not very susceptible to the current vaccines or even not sensitive to any vaccine.
Therefore, based on our data, the authors strongly recommend combining vaccination with routine strengthening of the immune system of the whole population by vitamin D3 supplementation to consistently guarantee blood levels above 50 ng/mL (125 nmol/L). From a medical point of view, this will not only save many lives but also increase the success of vaccination. From a social and political point of view, it will lower the need for further contact restrictions and lockdowns. From an economical point of view, it will save billions of dollars worldwide, as vitamin D3 is inexpensive and—together with vaccines—provides a good opportunity to get the spread of SARS-CoV-2 under control.
Although there exists very broad data-based support for the protective effect of vitamin D against severe SARS-CoV-2 infections, we strongly recommend initiating well-designed observational studies as mentioned and/or double-blind randomized controlled trials (RCTs) to convince the medical community and the health authorities that vitamin D testing and supplementation are needed to avoid fatal breakthrough infections and to be prepared for new dangerous mutations.

The datasets generated and/or analyzed during the current study have been made available online [177].

This manuscript was edited for English language by American Journal Experts (AJE). 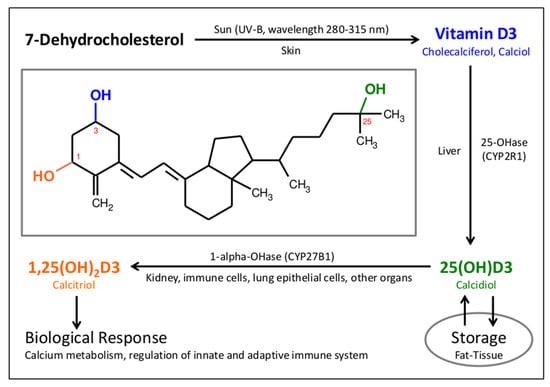 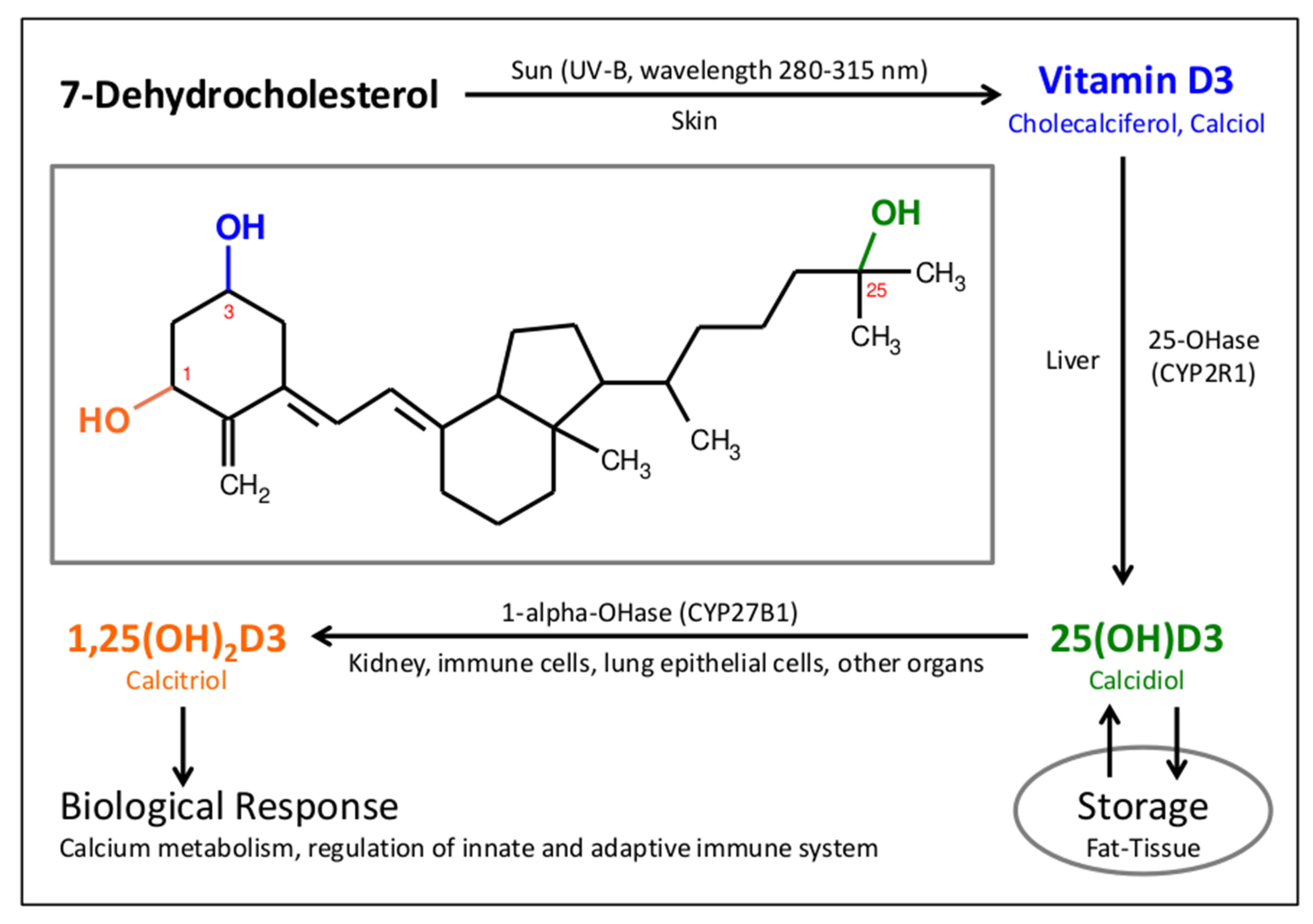 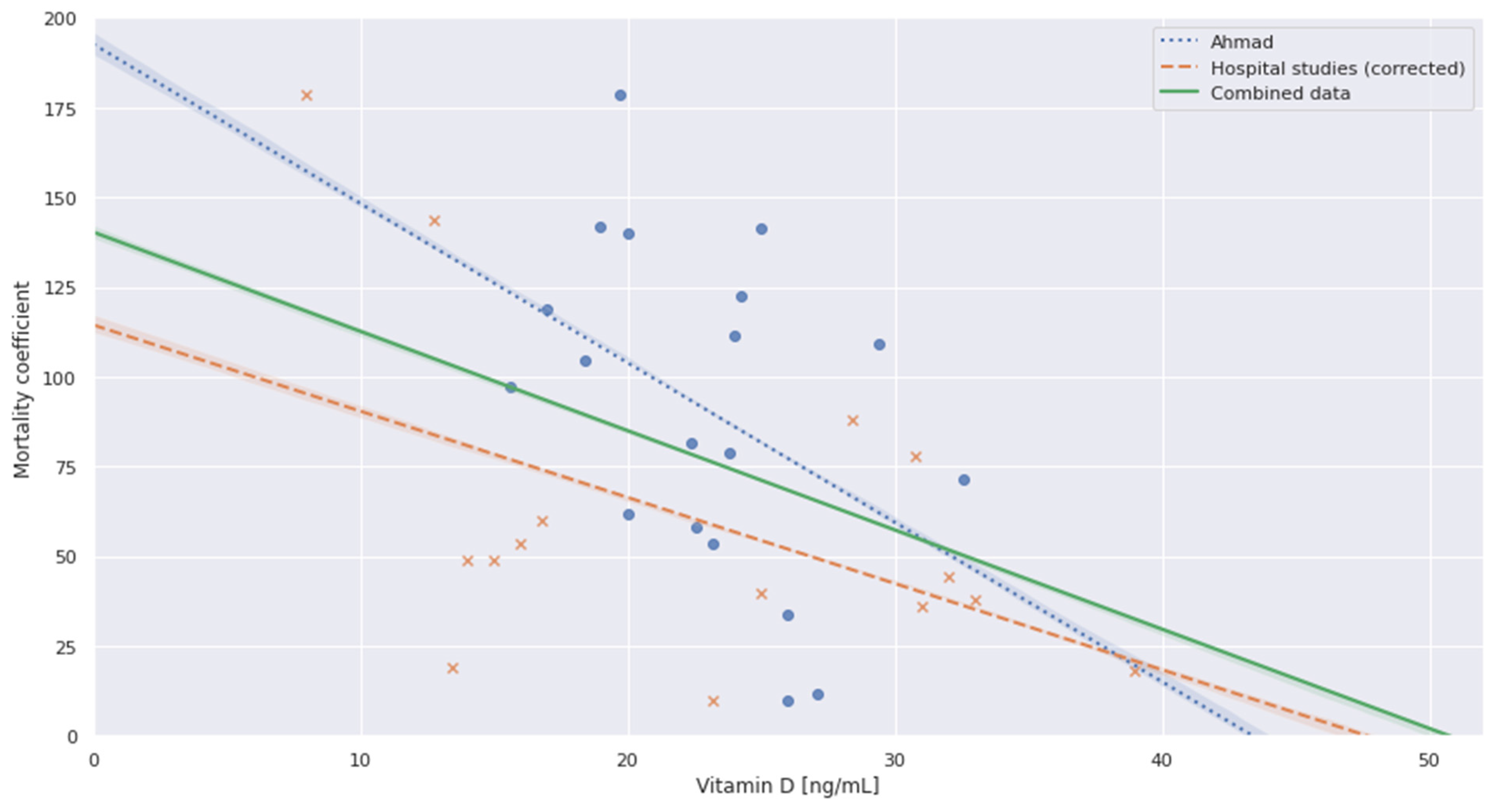 Table 5. OLS regressions for the respective datasets.
Table 5. OLS regressions for the respective datasets.
© 2021 by the authors. Licensee MDPI, Basel, Switzerland. This article is an open access article distributed under the terms and conditions of the Creative Commons Attribution (CC BY) license (https://creativecommons.org/licenses/by/4.0/).
We use cookies on our website to ensure you get the best experience. Read more about our cookies here.
Accept
We have just recently launched a new version of our website. Help us to further improve by taking part in this short 5 minute survey here. here.
Never show this again